Vikram Bhatt’s horror flick 1921 bagged an opening of Rs1.25-1.50 crore nett, while Kaalkaandi was around the Rs1 crore nett mark and Anurag Kashyap’s Mukkabaaz could only earn around Rs75 lakh nett.

The star value of Salman Khan was on display once again when his film Tiger Zinda Hai scored more than the new Hindi releases this week even though it is Tiger Zinda Hai’s fourth Friday in the theatres.

The action thriller made Rs1.50 crore nett, taking it’s overall domestic collection to Rs320.05 crore nett, as reported by BoxOfficeIndia.com. Tiger Zinda Hai had released across 4,600 screens in India. It’s natural that on its fourth Friday the screens allotted to it were lesser. 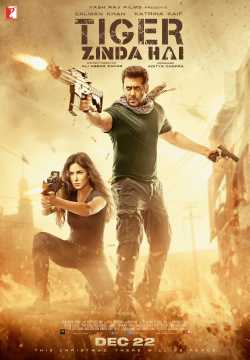 Meanwhile, there was disappointment for all the three new Hindi releases — 1921, Kaalakaandi and Mukkabaaz.

Vikram Bhatt’s horror flick 1921 bagged an opening of Rs1.25-1.50 crore nett, while Kaalakaandi was around the Rs1 crore nett mark and Anurag Kashyap’s Mukkabaaz could only earn around Rs75 lakh nett.

“Given its limited release, a Rs1 crore nett for Kaalakaandi is not bad, but it not good either. However, such a film is more suited for a digital platform,” said Mohan.

Produced by Cinestaan Film Company, Kaalakandi had a limited release in around 500 screens. The dark comedy, starring Saif Ali Khan, is also made at modest budget of around Rs12-16 crore.