The trade certainly seems to believe that the film will have the legs to do so.

The film distribution trade heaved a sigh of relief when the clash between Pad Man and Padmaavat was averted last month with Akshay Kumar agreeing to Sanjay Leela Bhansali’s request to defer his film by two weeks.

Padmaavat enjoyed a solo release in theatres across India, barring three states, on 25 January and has so far collected over Rs200 crore nett at the domestic box office.

Now it is Pad Man's turn to carry the momentum forward and bring more cheer to the film trade.

Akshay Kumar’s socially relevant drama hits theatres tomorrow (9 February). This film, too, will be a solo release after Neeraj Pandey’s Aiyaary was shifted to 16 February.

Akshay Kumar is currently Hindi cinema's most bankable star. Each of his last five films has bagged over Rs100 crore at the domestic box office.

Two weeks ago, Pad Man's business prospects looked a little dim as the film was slated to compete with the controversial Padmaavat. Now that it has a clear field, we decided to find out if its trade prospects have improved.

Trade analyst Atul Mohan, who had said Pad Man was likely to get 3,000 screens on 25 January, believes the producers will book about 3,400 screens now. “Akshay Kumar's film is usually released on about 2,700 screens," he said. "Since this is a solo release, they [the filmmakers] will be targeting 3,400 screens or more.”

However, exhibitor Akshaye Rathi does not see Pad Man's team going for a wide release. “There could be just a marginal increase," he said. "If the makers were targeting 2,000 screens earlier, they may revise the target to 2,300-2,500. Pad Man can add more screens if they want, but I don’t think they are attempting to do so. The idea is to release it smartly, and I believe they are doing that.”

As for the business the film is likely to do at the box office, Atul Mohan said Akshay Kumar is having the time of his career. "His last 4-5 films have all done over Rs100 crore nett," he said. "He is one actor who is flexible in his fee structure, enabling all to make a profit. He is doing content-driven cinema, which people are appreciating. If the film's emotional content strikes a chord with audiences, especially the ladies, this could well be the first Akshay Kumar movie to make Rs200 crore.”

With the star and his wife Twinkle Khanna on board as producers, Pad Man has been made on a modest budget. Atul Mohan reckons the production budget is Rs50 crore while Rathi pegs the amount lower.

“The production minus the cost of the talent base should be around Rs20 crore," the latter said. "The film's landing cost should not be more than Rs35 crore. So if Pad Man makes anything over Rs100 crore, it would be in profit."

According to Rathi, the film will get an opening of around Rs12 crore on Friday while the weekend collection will be in the region of Rs50 crore nett. 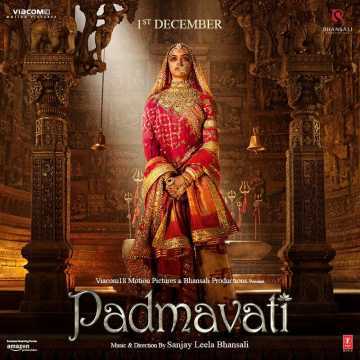 Though Pad Man is a solo release now, Padmaavat is still doing steady business at the box office. And Bhansali’s epic is yet to be released in Gujarat, Rajasthan, Madhya Pradesh and parts of Haryana. Will it, then, eat into Pad Man’s share?

"There is a strong possibility that Padmaavat could be released in these states on 9 February," said Mohan. "Even if it is not, the film would be running on about 1,500 screens. But I don’t see it affecting Pad Man.

"Padmaavat has had a great run over two weeks. The daily collection is now dropping below Rs5 crore. I think whatever collection it makes now will come in the third weekend, and its domestic business will probably end at Rs240 crore nett. Pad Man will only suffer if its content is rejected.”

Rathi, too, believes that irrespective of whether Padmaavat is released in the three states, the Deepika Padukone-Ranveer Singh starrer will not affect Pad Man’s business.

Two big hurdles in Pad Man’s path will come in the form of Neeraj Pandey's Aiyaary and the Hollywood film Black Panther, which are scheduled for release on 16 February. 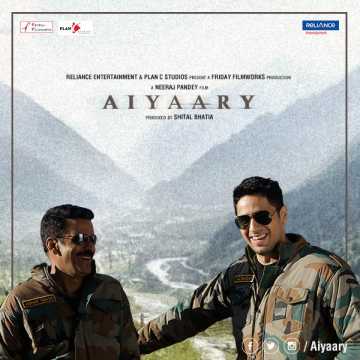 “Unlike Padmaavat, Pad Man won’t get a clear run of two weeks," said Rathi. "Aiyaary is looking good and then there is Black Panther, which has received great reviews internationally.” In spite of that, Rathi believes Pad Man will do well.

“In 2015, we had Bajrangi Bhaijaan being released a week after Baahubali: The Beginning. Bajrangi Bhaijaan did not suffer. [Pad Man's] subject is relevant to millions of people across the country. If the subject sticks with the audience and it gets the kind of traction that is expected, the sky is the limit,” he said.

Clearly, it would take a brave man to bet against Pad Man.