The Indian consulate in Dubai revealed that the Dubai authorities have given Boney Kapoor and family the go-ahead to take Sridevi's mortal remains to Mumbai.

The Indian consulate in UAE has officially stated that the Dubai authorities have now given permission to Sridevi's family to repatriate her mortal remains to Mumbai. The body is now expected to be taken for embalming before it is flown back home to Mumbai.

Gulf News reported that a no-objection certificate was handed over to Boney Kapoor and his representatives at around 12.45 pm today. This was followed by requisite permissions for release of the remains by the Dubai police. The family is now expected to go through with the embalming process, following which they will fly back home to Mumbai.

Update: Dubai Police has handed over the Consulate and the family members letters for the release of the mortal remains of the Indian cinema icon Sridevi Boney Kapoor so that they can proceed for embalming.

The actress's remains are expected to be kept at the bungalow, Bhagya, before it is carried to the Pawan Hans crematorium for its final rites.

Since the news of Sridevi's death broke on 24 February, fans have been gathering outside her residence in Andheri.

The funeral was initially scheduled to take place on Monday, 26 February. However, the revelation of 'accidental drowning' on the death certificate led to further complications and a detailed probe was taken up by the Dubai public prosecution.

While only Boney and his representatives were in Dubai trying to obtain the release of his wife's remains, the producer's son and actor, Arjun flew back today to be with his father.

The Dubai police too tweeted about the release of the remains, and announced the investigation to have concluded.

Dubai Public Prosecution has approved the release of the body of the Indian actress Sridevi to her family following the completion of a comprehensive investigation into the circumstances of her death.

The embalming certificate of Sridevi's remains also mention the cause of death to be 'accidental drowning'. The certificate though marks the date of death as 24 February 00.00hrs. 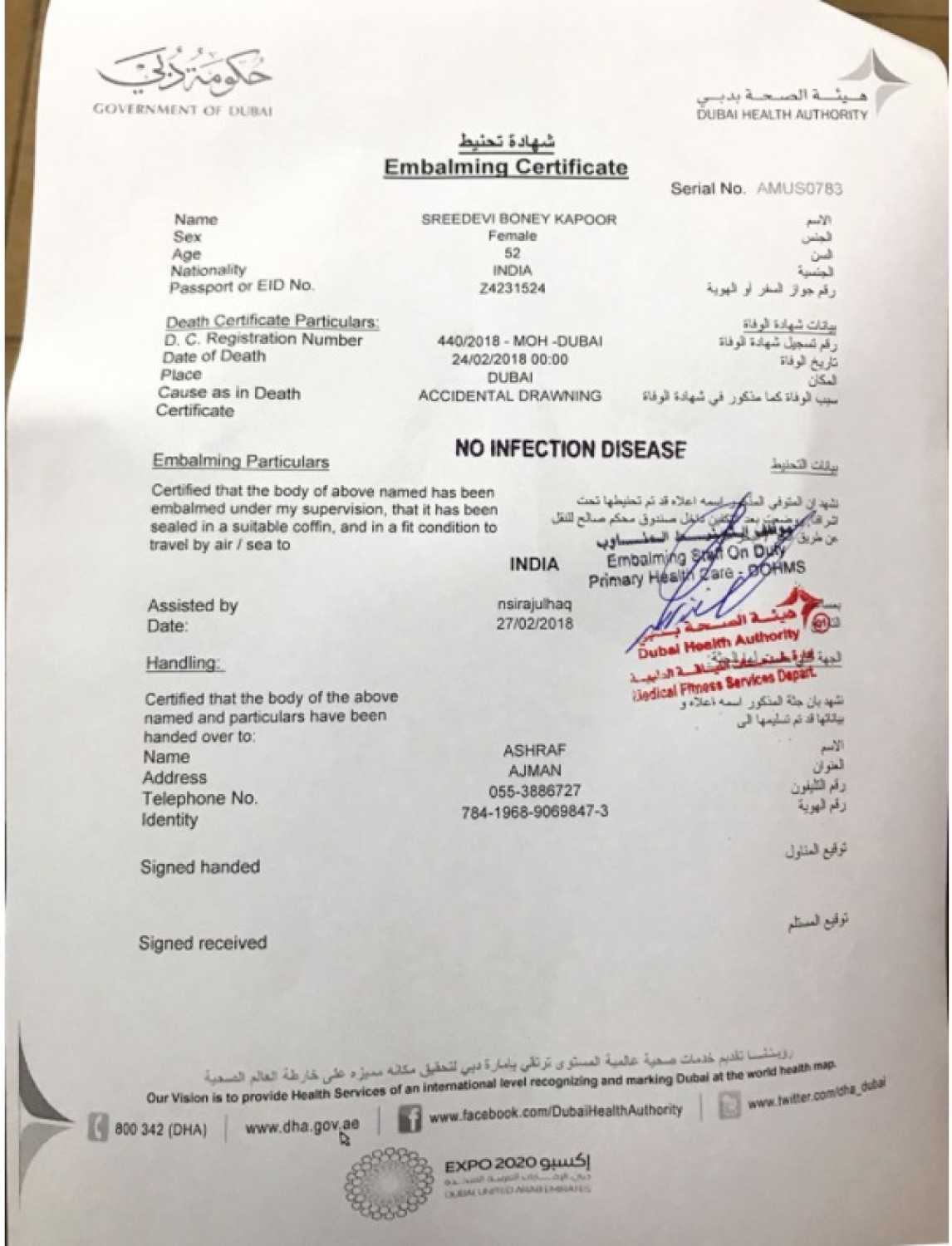 It is not yet known at what time the family will arrive in Mumbai.