On his 98th birth anniversary today (he was born on 22 February, 1920), we revisit one of the most underrated performers from the Kapoor clan.

Any talk of the Kapoor family is inadvertently followed by the names of Prithviraj, Raj, Shammi, and Shashi Kapoor. Now, the legacy is being carried forward by the next generation — Karisma, Kareena and Ranbir.

However, there is one from the clan who has not only remained underrated, but is also almost forgotten — the late Kamal Kapoor, Prithviraj Kapoor's cousin brother.

Though Kamal could never match the success of his cousin and some of his nephews, he made his mark in Hindi cinema as a suave villain. His green eyes and fair skin made him look more dangerous than his contemporaries.

Back in 1946 Kamal started off with Door Chalen as the leading man. However, with little success coming his way as a protagonist in the 1940s and 1950s, he turned the table and switched to playing the antagonist. Kamal acted in over 100 films spanning across three languages including Hindi, Punjabi and Gujarati.

On his 98th birth anniversary today (he was born on 22 February, 1920), Cinestaan.com revisits five of his memorable roles. 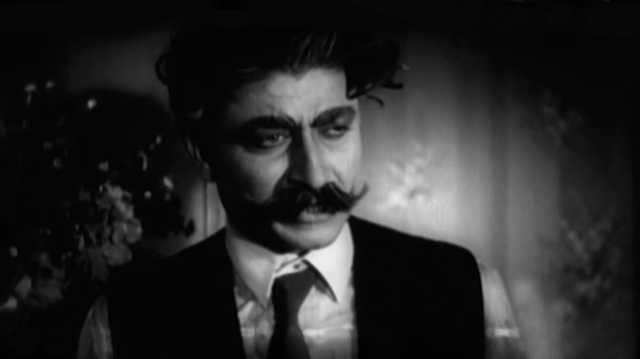 Raj Kapoor's directorial debut Aag, which was a major box office success, had two of his family members in the cast. While Raj played the adult Kewal Khanna, his younger brother, Shashi, played the younger Kewal and their uncle, Kamal, essayed the role of Kewal's father, advocate Khanna.

Advocate Khanna is a strict disciplinarian who, like many fathers in many films, doesn't approve of his son's desire to pursue theatre. He wants the son to follow the family tradition and become a lawyer too.

Remarkably, Kamal was only four years older to Raj. However, he played the daddy to the T. The big moustache and the commanding voice made Kamal Kapoor an intimidating actor early on in his career.

A film on three of India’s most celebrated freedom fighters — Bhagat Singh, Sukhdev, and Rajguru — is bound to honour their bravery and playing the man responsible for their death sentences, even if only onscreen, would mean etching your name as the villain on a stone.

Kamal Kapoor took up the task of essaying the role of the public prosecutor who demands maximum punishment for the three Indian revolutionaries.

His character did not even have a name in the film, but Kamal ensured his role would not be soon forgotten. His Hitler-like moustache and the melodramatic actions, though in a brief appearance, left an indelible mark. Kamal proved that he could excel in a thankless role too. 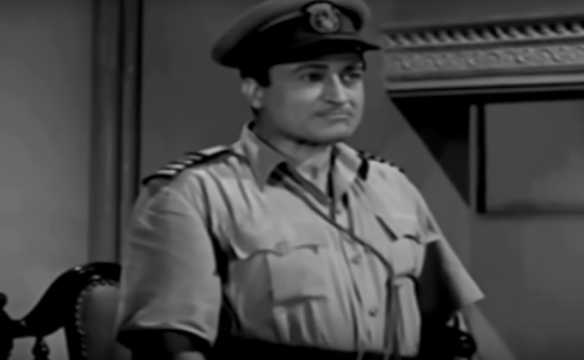 IS Johar’s Johar Mehmood In Goa was a parody on the prolonged Portuguese rule in Goa. Roping in fair actors to play foreigners in such films was a common practise then and Kamal Kapoor's fair complexion and green, menacing eyes made him apt to be one.

He was handed the task of essaying the role of a Portuguese superintendent of police, Alburqueue, who would easily fall prey to the tricks of Ram (IS Johar) and Rahim (Mehmood).

From being nearly set on fire, to Ram-Rahim taking away his fiance, Alburqueue was a goofy foe who eventually meets his fate. For a man who had an intimidating personna, Kamal had no qualms playing an authoritative yet eccentric character. He didn’t look or try to act funny, it is just the situations and his predicament that made Alburqueue the butt of all jokes in the film. 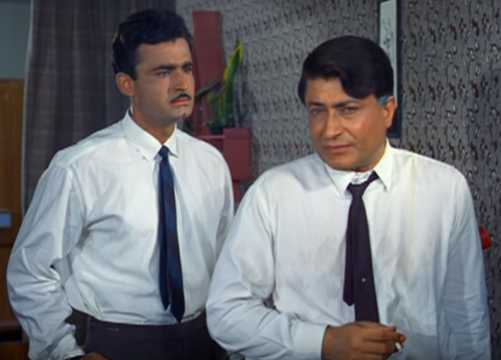 In Suraj Prakash’s Jab Jab Phool Khile, Kamal was the scheming rich man who plots to break his daughter Rita’s (Nanda) relationship with the poor owner of a houseboat, Raja (Shashi Kapoor).

A run-of-the-mill story where the father plays the villain, Chunnilal Khanna (Kamal Kapoor) had two sides to him. One of the gentlemanly father and the other of a scheming rich businessman. The two personalities mingled so well together that the audience found it hard to differentiate one from the other.

While Shashi and Nanda walked away with the plaudits, one shouldn’t get forget Kamal Kapoor's fine performance. 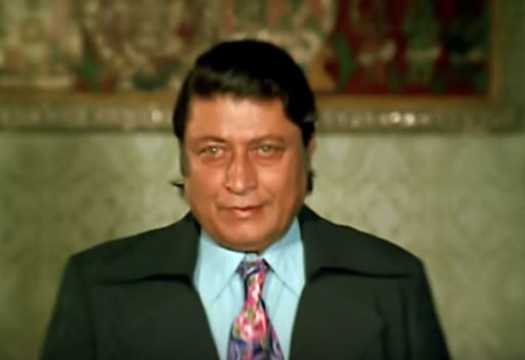 In a film led by Amitabh Bachchan and Pran, it is difficult for the supporting cast to make an impression.

It would be wrong to call Narang a sidekick in the film, for he was the one to execute all the sinister plans. Narang was, perhaps, a bit too cool, suave and easy for a bad man, but then again, Kamal Kapoor often pulled off his nefarious acts with a smile that could win you over.