The Filmfare award-winner speaks about how the film was adapted from author Chetan Bagat’s novel, The 3 Mistakes of My Life.

After being premiered in the World Panorama section at the 63rd Berlin International Film Festival, Kai Po Che! (2013) was released in India on 22 February that year.

The film was critically acclaimed. The Indian Express newspaper's film critic Shubhra Gupta wrote that it was “a lovely, emotional film on abiding friendship and the values that make life worth living”, while Rajeev Masand called it “one of the year’s best films”, though it was only just February.

The film was adapted from Chetan Bhagat’s 2008 best-selling novel, The 3 Mistakes of My Life. Pubali Chaudhuri, Supratik Sen, Abhishek Kapoor and Bhagat collaborated on the script and later won the Filmfare award for Best Screenplay.

Chaudhuri spoke to Cinestaan.com about waking up forgotten ghosts with the challenges she faced on the script and how she reinvented the story for the film.

Chaudhuri had earlier worked with Abhishek Kapoor on Rock On!! (2008) and the filmmaker approached her again when he was planning to adapt The 3 Mistakes of My Life. It was to become her first adaptation.

"It was quite a learning experience, in the sense that Chetan’s book almost seemed as if it was right for Hindi movies,” Chaudhuri said. "It had all the ingredients for a popular narrative — friendship, romance, cricket — and yet it’s the nature of narration, the way you write books and you tell a story in film are very different beasts.

"I think my initial attitude was that this was going to be fairly easy and then it came to bite me in the ass. That’s the longest I have spent on scripting for a film.” 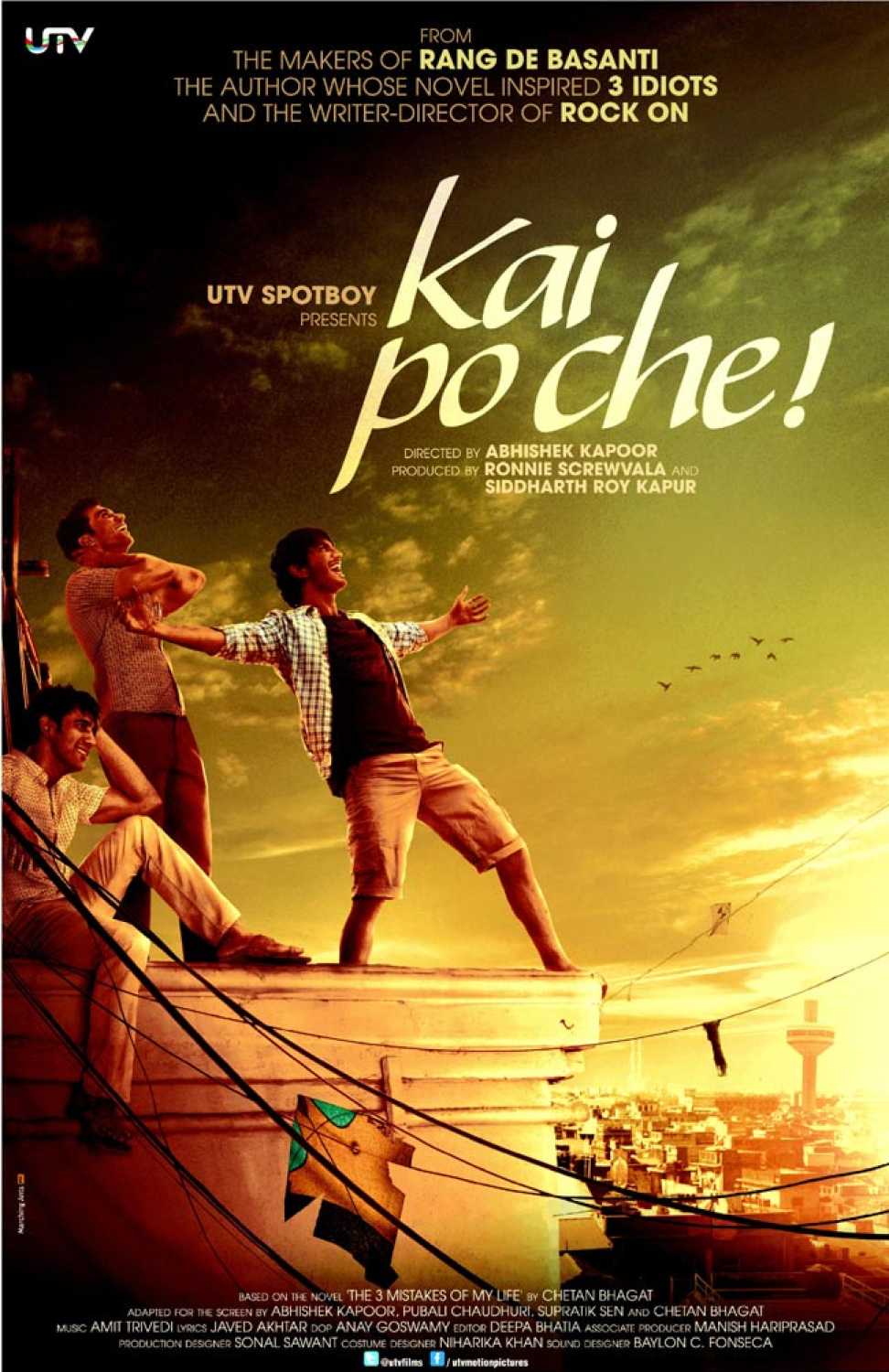 Kai Po Che!’s screenplay went to multiple drafts and Chaudhuri spoke of killing the ghost of the book during the process. “After a year’s work, we still felt the script was unwieldy and something was not right about it," she said. "I went back to the drawing board and reinvented the story for the film. Forget the screenplay, what is the film’s story about? That was certainly a huge learning curve.”

Adapting Bhagat’s novel proved to be difficult as the story of Kai Po Che! did not have a unified goal for its multiple protagonists. It went against the general arc most characters undergo in feature films.

“Kai Po Che!, by nature of the material, didn’t have any unified goal towards which the protagonists could work," Chaudhuri said. "It was much more thematically driven in terms of, will these guys' friendships survive, despite their divergent ambitions and politics, priorities, all of that. So that is why it was challenging and, I think, also interesting.”

The success of the film and its story also came from deviating from the book’s ending and ditching its first-person narrative. Chaudhuri said changing the ending was decided quite early and making one of the protagonists into an antagonistic force made the story more nuanced.

“We decided to drop the first-person narration very early on," she said. "At times, I had been told when the script was unwieldy that we want that first person. That’s what will unify it. For some reason, I wasn’t excited by that.

"Some films work brilliantly on a first-person narration. For Kai Po Che!, I felt Govind’s voice in the book is quite condescending towards his friends and that’s not necessarily a point of view that I felt the film needs to have. It was more like, let’s watch all these three characters stumble their way through rather than the voice of one smart alec trying to talk about his friends.”

She also said that Bhagat, who sat in on the writing meetings, did not have many notes for the script. There were stressful moments during the scripting process, but Chaudhuri recalls that “after a point, I think, Abhishek kind of let me do the screenplay, more or less, on my own.” She was thrilled to see the final version, after its long road to the big screen.

“In fact, I was very happy that [producer] Siddharth Roy Kapur was completely okay to go with newcomers because we felt to cast three stars will be difficult. It was very important, creatively, to have three actors of the same position. If we had had a Ranbir Kapoor doing Ishaan, it would never feel like a buddy film. Everybody would know that that’s Ranbir Kapoor playing Ishaan.

"I think the fact that we had more or less newcomers at that point of time and all three actors were hungry, they worked really hard, I think it came together really well,” Chaudhuri said.