Most first-time filmmakers go through a phase like Michael: Director Satrajit Sen


Sen says the journey of Michael Khan Sen (from Michael) is actually the story of every struggling filmmaker in the industry.

One of the founding members of Tripod Entertainment and Major 7th Studio, Sen has won a National award in 2014 for producing Pradipta Bhattacharya’s Bakita Byaktigato.

Michael review: A comedy on dreams, cinema and human relationships

In an interview with Cinestaan.com, Sen claimed that the journey of Michael Khan Sen (from Michael) is actually the story of every struggling filmmaker in the industry. Excerpts:

When did you decide to make a film?

I was working in a media company for a long time as a distributor and had a lot of interest in content. Legendary actress Suchitra Sen is my aunt, but that does not really have anything to do with my interest in films. In fact, before a certain age, I did not watch many films.

When I launched my own music studio, I met a few people who had left their jobs and were trying to do something creative. Then I realized that if I wish to experiment with content and films, I must do it now because I believe, after a certain age, it is quite difficult to leave a secure job for the sake of passion.

So I left my job and started concentrating on producing some films, including Mainak Bhaumik’s Maachh Mishti & More (2013) and Aami Aar Amar Girlfriends (2013) and then we also received the National award for Bakita Byaktigato.

When did you start working on Michael?

It was back in 2014. I had gone to the USA to participate in a workshop at the Lee Strasberg Theatre and Film Institute. As I came back, I started weaving a story with Mir (Mir Afsar Ali), who has been my close acquaintance since 2009, in my mind.

In 2014, I was approached by some producers for Michael. We decided to initiate the process in 2015; however, due to lack of funds, we got delayed. Then after a lot of struggle, we finally completed the shoot in 2017.

So did you particularly conceive a comedy as your debut film?

I only had the story of Michael ready in my hand. And let me tell you that it is a satirical comedy, rather than one that forces the audience to laugh at sheer buffoonery.

A little bit of sensitivity is required to get to the gist of the film. During the conceptualization, I felt that the journey of Michael Khan Sen entirely fits this particular genre. Primarily a satire, the film also has other dramatic elements.

Was Soumitra Chatterjee also in your mind during the early days of Michael?

I do not think anybody else could portray the character of Mayurbahon Chatterjee. I met him with the script back in 2014 and had told him that I would go ahead with the film only if he liked the script.

In his entire career, he had never played a character like Mayurbahon. After four days, I received confirmation from him.

What did you really want to convey through Michael Khan Sen’s attempt to make some ridiculously absurd films?

I did not necessarily want to convey any message. We only wanted to emphasize the power of positivity, which if retained in any circumstances, can help fulfil dreams.

What was the subject of the satire in the film? 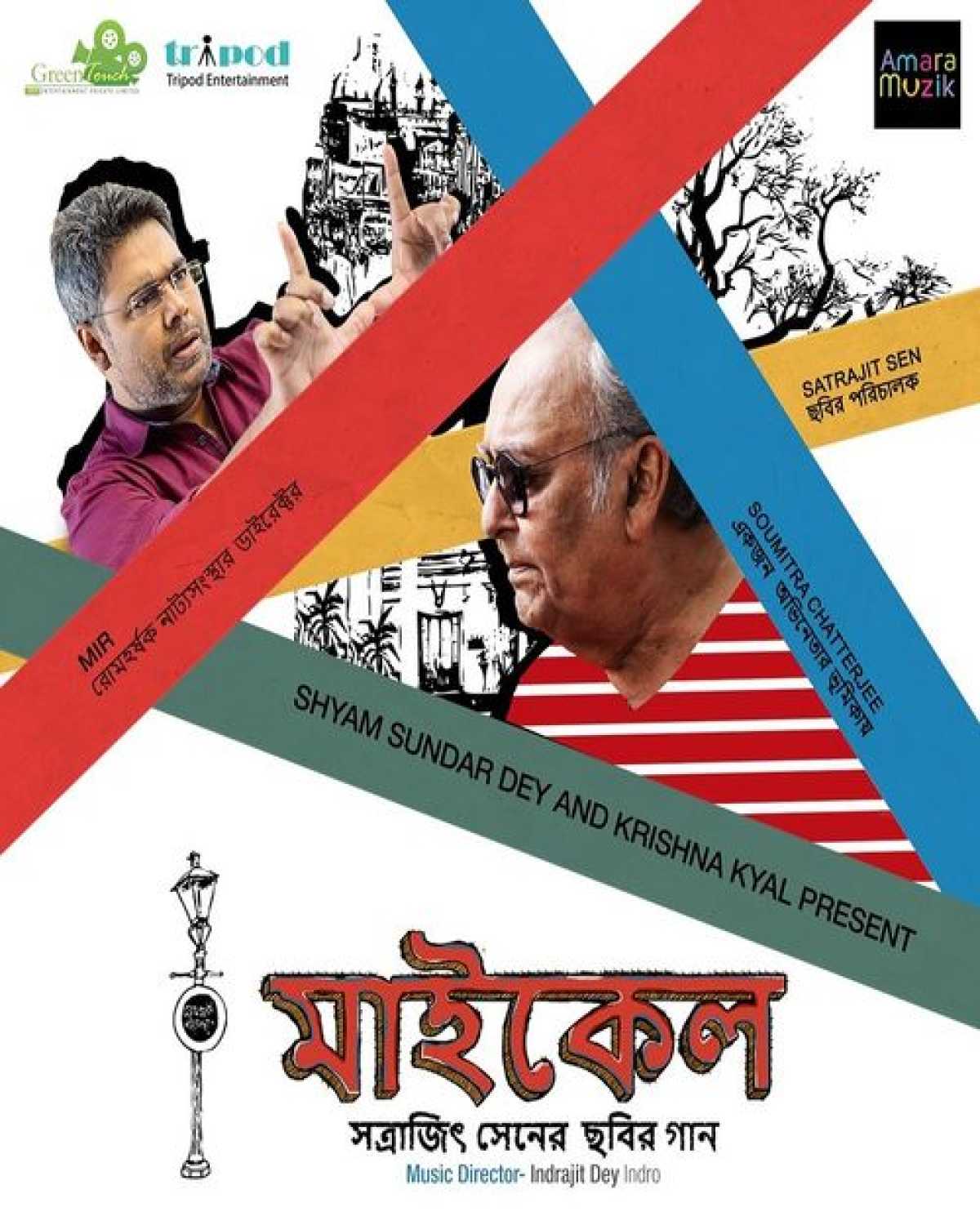 All the hurdles — the lack of funds for a film, the continuous interruptions during the shooting — that Michael Khan Sen had to overcome, have taken the form of satire in the film.

As Michael dedicated all his focus and sacrificed things one after the other for the film, which was not materializing whatsoever, the story itself turned into a satire.

There is a sequence in the film where Mayurbahon Chatterjee talks about the present trend of favouritism in the film industry. What was the purpose of the sequence?

That is essentially Soumitra Chatterjee’s comment, not mine. In my film, once upon a time, Mayurbahon Chatterjee used to be a popular actor, but now he does not have work because there are no directors of the same aptitude and quality of his time.

Soumitrada improvised that particular sequence. It can be said that the sequence was the medium for conveying Soumitra Chatterjee’s opinion on the modern film industry.

How similar has been your journey to that of Michael Khan Sen?

Not only mine, I think, most first-time filmmakers go through a similar phase before finally releasing a film.

Yes, I also had to face a lot of hurdles. Without taking any names I can share that in 2016, the main producers had withdrawn from the project. Therefore, with the help of my co-producers, I had to invest all my savings in Michael, otherwise it would have been impossible to release the film.

On the brighter side, though I did not get any monetary assistance like Michael [in the film], some of my old colleagues helped me a lot. Especially Tapas Chakraborty, he literally shared half of the pressure I had on my shoulders and provided a good deal of manual labour.

How did the collaboration with [Pakistani singer] Shafqat Amanat Ali and Rekha Bhardwaj happen?

I have been very close to Shafqat for a few years. I managed to get his number and met him in Delhi for a project. Since then it was almost decided that he would sing for my film.

With Rekhaji, I had an interesting connection. I had written a review for Vishal Bhardwaj’s Haider. As Vishal was not on social media then, Rekhaji made him read the review and pinged me on Facebook. Since then we have shared a very close bonding and I have met her whenever she has come to Kolkata. So, again it was quite confirmed that Rekhaji would be singing for Michael.

Is your satire getting the expected response?

Well, based on the reactions of the masses, I feel they have been thoroughly entertained and had a lot of fun. I have shared a few clips of audiences' reactions, coming out of the theatre. Though I do not expect them to be very learned in cinematic language, I have received positive response so far.