We knew once Padmaavat was released, everybody would love it: Anupriya Goenka


The actress, who played Nagmati, first wife of Rawal Ratan Singh, in the Sanjay Leela Bhansali directorial, speaks of her film journey so far.

But two of her latest films have become blockbusters, making her a known name in the industry and among audiences, in just two months.

In a conversation with Cinestaan.com, Goenka spoke of the two films and how she ended up in cinema after being the pillar of her father’s garment business back in Rajasthan. Excerpts:

Can we say Tiger Zinda Hai and Padmaavat are turning points in your career?

I hope they are (laughs). Of course they have been so far. They are very prestigious projects to be part of. Not just in terms of reachability and how my performances have been received, but also how as an actor I have grown. My world view as an actor developed more. I got to learn from stalwarts like Sanjay [Leela Bhansali] sir. And being a YRF [Yash Raj Films] actor working with Ali Abbas Zafar was also a great experience.

Bhansali is considered a taskmaster who seeks perfection from his actors/actresses. How was your experience with him during the shoot?

It has been an experience of a lifetime working with him. He is a perfectionist, but more than anything he is extremely passionate about everything he is putting into the film. The frame itself is so beautiful, grand and detailed that being part of it you need to be equally good. Being a part of his vision is a challenge and a great opportunity because you don’t see that happening that often.

He works a lot with his characters; pretty much with their nuances. He is very clear what he wants and he is also very improvisational. It’s like a beautiful give-and-take with him. He guides you on every step of the way. It’s a lovely experience.

This is the first time you wore such heavy clothes and lots of jewellery in a film. How taxing was it to shoot in the heat?

I think it’s overwhelming more than taxing. You are doing a period role. It has to have a different body language and tonality. Then there are these clothes and the whole get-up that goes with it. You need to come over the ensemble clothes, look, dialogues, and give the character something of your own and portray it to the best of your capability.

But the best part is that you have someone like Sanjay sir who is like a genius at this. He is a very different kind of director in the first place. The performances he extracts from you are extremely rhythmic, beautiful and nuanced.

It is amazing because he doesn’t restrict you in any way and yet he exactly knows what he is looking at. He is very hands-on with the whole set-up. Everything you see in the frame is scrutinized by him. Having someone like him to guide you makes it a lot easier. But otherwise, it is quite a challenging space to be in. 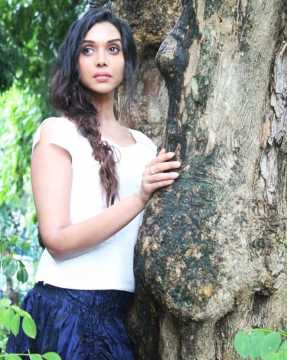 How was your experience and bonding with Deepika Padukone and Shahid Kapoor while working on Padmaavat?

It was very good. Both are seasoned actors. They are great, hardworking artists. They are dedicated and accommodating. Especially for a newcomer like me, Shahid always used to guide me (sic). Whenever I was nervous or shaky, he was there to uplift my spirits.

Similarly, Deepika is a very secure actor. I find her to be an epitome of elegance. She carries herself so well and performed her role to the T. She gives her 200% without flinching and you can see that. So, you get to learn when you see actors like Deepika perform and be on the sets. She is always ready to experiment and try out new things.

You earlier ran your father’s garment business. Then you pursued a career in the corporate world. When did you think of joining the film industry?

It was a very organic or gradual process. I can hardly point to a particular time when I felt that acting is going to be my profession. I had done this workshop at the NSD [National School of Drama] when I was in the 12th standard. That was my first brush with theatre. I had just loved than one month.

When everybody was studying, summer vacations were meant for mugging up your course and being abreast of your curriculum, I was doing this workshop and everybody thought I was mad.

After that I wanted to do a 2- or 3-year course from NSD or FTII [Film and Television Institute of India] just to live that life. That was my only wish because coming from a business environment, I was conditioned to be a part of the business.

Taking up acting as a profession was never even a thought because I had responsibilities. I couldn’t do a full-fledged NSD or FTII course. That just remained a thought at the back of my head. I had shut my business [in Rajasthan] during my college years. I shifted to Bombay to work in the corporate space and got my family settled here.

After working for 7-8 years, I realized I wanted to do something different just for myself. Somehow theatre kept coming back to me because of the one month at NSD. The idea was to do a corporate job and do theatre on the side.

But theatre is a very demanding occupation too. And, unfortunately, in India it doesn’t pay. So, I had to find ways to pursue acting while making money out of it. That is how I started commercial acting — through advertisements. It took me a year and a half to tell myself that I want to be an actor. It is only in the last 4-5 years that I am acting full time. 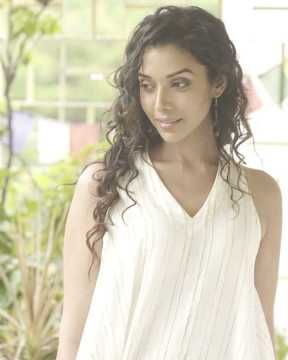 Padmaavat faced a lot of obstacles, protests and violence before it was released. How did you and your co-stars take it?

The point is that we were all waiting for the movie to be released. We knew once it was released, everybody will appreciate and love it. They will see that it [Padmaavat] is a homage to the Rajput culture and valour. Now that it has [been released], it is a great feeling for it being so respected and given so much love.

You did the Bharat Nirman advertisement for the government of India a few years ago. I read somewhere that you had four followers on Twitter at the time and one of them was then prime minister Manmohan Singh. Is it true?

(Laughs) I also read it. I was never on social media. There was a Twitter handle in my name. The PM was apparently one of the followers. I really don’t know who made it and how that happened. I don’t know what has happened to that handle and whether it still exists. I am very bad at social media. Now I understand Twitter a bit; until a month ago I didn’t. It was very difficult for me to even figure it out.

You worked on a film with Nagesh Kukunoor called Maya some time ago. What was it about and what is your character in it?

It is about a girl who comes to Mumbai from an affluent family in a small town. She wants to be an actor. She is simple, god-fearing, docile and innocent. The film is about how she changes as a person in the next 3-4 years of her life after trying to be an actor. She becomes more hard as an individual. She becomes aware of her sensuousness and starts using it. There are clear and apparent changes in her personality.

It has a huge graph for me as an actor. I have revered Nagesh Kukunoor as a director since I was a child and did not even know that I wanted to act. I have loved his movies like Dor (2006) and Iqbal (2005).

When the opportunity came to work with him, I just jumped at it. It is sort of a bold role to play. It was really a great experience because I completely trusted Nagesh sir’s sensibilities.

It is a very intense character. We shot it in 2015 but haven’t been able to release it yet. There has been talk about it being released a couple of times. Hopefully it will come out this year.