Filmmaker Q: The form I practise is shock cinema


The director says he looks at cinema as an information device and wants to "create some sort of physical disturbance" in the conscience of his audience.

His films are not released at a theatre near you, and neither does he think they are meant to be enjoyed with cola and popcorn.

Director Qaushiq Mukherjee, aka Q, dubbed India's most dangerous filmmaker by CNN, says he looks at cinema as an information device and wants to "create some sort of physical disturbance" in the conscience of his audience.

Known for films like Gandu (2010)  and Tasher Desh (2013), Q — who is excited about his film Garbage (2018) becoming the only Indian movie in the Panorama section of the 68th Berlin festival this year — says he is not in the industry for entertainment.

Garbage will have its world premiere on 21 February at the ongoing Berlinale.

"My whole idea is to shock people, to stun you or create some sort of physical disturbance in your conscience while you encounter my work. Cinema in India is looked upon as an entertainment device. I don't look at it like that," Q told the IANS news agency on telephone from Mumbai, before leaving for Berlin.

"Cinema is an information device for me, a communication device. And I have to not only counter people's ideas of cinema but also counter the crores and crores of marketing money that goes into proliferating bullshit and filling the minds of people and sort of crowding their minds with bullshit data," he said.

Q said that "to clear through that and have any kind of impact, I would have to do something really outrageous and I would do that. That is just a communication strategy and nothing else and the form that I practise is shock cinema." 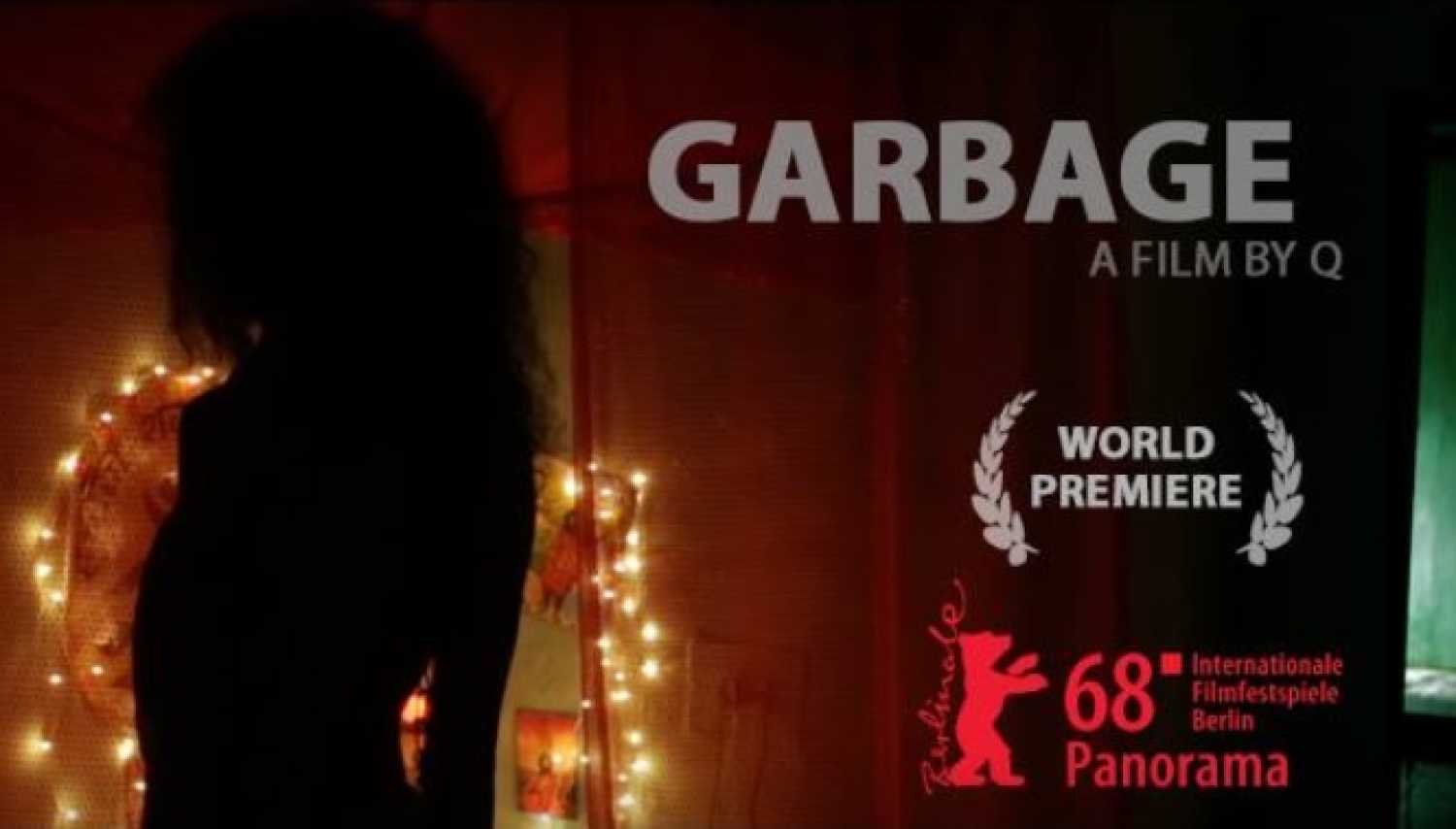 Is the title of India's most dangerous filmmaker a challenge? "I don't look at it that way," he said. "Like even the danger factor, the dangerousness is in the eyes of a certain set of people who are not privy to the kind of image or this kind of positioning."

Q picks hard-hitting and off-beat subjects and does not shy away from breathing life into his stories by delving into the world of sex and abusive language. Bengali-language films Gandu (2010), Tasher Desh (2013) and Ludo (2015) are cases in point. He also made the sex comedy Brahman Naman for Netflix.

"I am not a traditional filmmaker and my films are not going to play in a theatre near you, because that is not my deal and not my world. I don't want people to have a Coke or Pepsi while watching my film," the director said.

Delving into his idea of cinema, he said: "Traditionally, people look at cinema as a community entertainment thing. Many people sitting together and sharing a sort of fantastic ride... That was the cinema blockbuster idea. I have never watched that kind cinema and I am not aiming for that."

Q said he got interested in films because of a certain kind of cinema which was "very personal". "I watched it alone because normally you wouldn't get that kind of films over here [in India] because nobody distributes them," he said.

Gandu was not released in India, and Q is not hesitant to admit that Garbage — a story about Phanishwar, a taxi driver in Goa who lives with a mysterious girl whom he keeps chained — will also face trouble getting clearance from the Central Board of Film Certification (CBFC).

Garbage is produced by Shaailesh R Singh and Hansal Mehta of Karma Entertainment and Media LLP, and co-produced by Q.

Asked if he feels his talent is not appreciated as much in India as on foreign shores, Q said: "A Turkish writer might be a legend, but you would not know as you don't know Turkish. But that doesn't take anything away from the person and the idea. I am always interested in artists that you didn't know about."

He added, "I will always drop things you don't know about or have heard about. In my world, that is cool. I love that and I feel lucky to be able to find that."