Teenaa Kaur Pasricha: Idea is to reach the universe and tell a story of survival


In an interview, the filmmaker spoke about the long and difficult process of making 1984, When The Sun Didn’t Rise (2017) on the widows of the anti-Sikh riots.

A documentary filmmaker goes through a myriad of emotions while making their film. On 1984, When The Sun Didn’t Rise (1984, Jin Din Suraj Ugya Nahi) [2017], filmmaker Teenaa Kaur Pasricha’s journey was more personal, growing out of an overall desire to understand the events of 1984. When the documentary premiered at the International Documentary and Short Film Festival of Kerala in June 2017, Pasricha had already been living with it since 2010.

Cinestaan.com spoke with Pasricha a day after the screening of her film in the National Competition category at the 15th Mumbai International Film Festival (MIFF) in January this year. There were several delegates at the festival who wanted to speak to the busy director about her film, but she made time to speak with us in a quiet corner of the media centre. 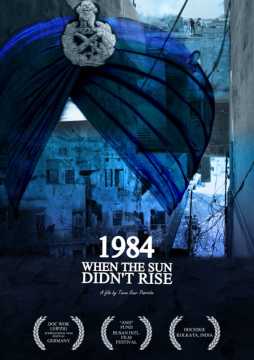 “I had just done my first documentary and I was reading about 1984, and I was very disturbed about what happened and then I thought, ‘There are so many troubles in my life, what happened to those women who survived 30 years back? What is their journey?’ I was very curious to know about them,” she recalled about beginning the documentary.

1984, When The Sun Didn’t Rise review: Stirring documentary gives voice to the widows of anti-Sikh riots

Pasricha wrote a feature film script around the subject, but found no takers. People suggested she work on lighter fare. However, she knew what she wanted to make. While in New York city for a film festival, she received a grant to begin work on 1984, When The Sun Didn’t Rise. Back in India, she started on the research and arrived in Delhi, living at a gurdwara to save money and use later for production expenses.

“I didn’t want to make the film very didactic so the process was to have a film which is cinematically interesting that it appeals to audiences. My fear was that, what if only the Sikhs like it? That is not the idea,” she stated. The idea is to reach the universe and [tell] a story of survival and [show] violence that has happened to any kind of ethnic groups or communities. That’s why I wanted to make a film. That’s how I started following some of the people who are there in the film, and talking to them and understanding what was their journey like. Just being there. After a while, it just became observational.”

While researching and speaking to the numerous women who live in Widows Colony, Pasricha realized how little documentation was there on the subject and how their voices had been neglected over the years.In the documentary, three women are featured — Kuldeep Kaur, Harbans Kaur and Meera Kaur. Pasricha spoke to so many others, but eventually included the moving stories of these widows in the film.

“Being a friend and a human being was so so important, [to] sit there and listen to them. I saw them so many times. Some of them said, ‘Why don’t you record us?’ After they shared their experiences, they, in a way, settled down with their emotions a bit more,” Pasricha said. The next time they met me, they were a little bit more freer. In some cases, people didn’t want to remember. It was so traumatic for them. My intuition was something I was relying on, so wherever I felt I had a connect with the person I was talking to, I think that was my character. That was the person whose story I featured in the film.”

After the film’s screening, Pasricha asked for a moment of silence for the people who died in 1984. She also spoke of her own personal connection to 1984. Her maternal uncle was attacked during the anti-Sikh riots and growing up, she had heard many stories of the time.

During the interview, she spoke about processing her emotions to use to say something important via the film, remembering the difficult experience of around four-and-a-half years of working on the documentary. There were differences of working with the editor, and examining the footage in which the widows and survivors relived their stories was emotionally draining for her.

“There was a time in my life before the film when I had thought my life had ended and there is nothing good that I have to do in this world now. But then I said, 'Is there anything I can do, in which I find solace, that I’m contributing by my work and trying to say something that I really want to say?',” she said.

The documentary, especially the widows’ stories, were the answer. Today, she is still in touch with the families featured in the film. Mohan Singh, son of Meera Kaur, is in drug rehab now, she reported. Pasricha also has plans to show the film to the families, but understands their reluctance to view it. “For them, it’s a difficult emotion and experience,” she explained.

The film has already won the best documentary feature by an emerging filmmaker at the DC Asia Pacific Film Festival in March 2017. Additionally, the film has been screened at several public places in the nation’s capital, including schools and colleges.

Pasricha also revealed that 20 universities in UK will be screening the film. “There has to be recognition of this particular genocide as a massacre and also because I want to engage other people from other communities and fields into this kind of dialogue,” she said.

Meanwhile, she also has another film, The Woods Are Calling (2017), playing at film festivals. The documentary is about a group of hunters [in Nagaland] who have given up hunting to save a bird called Blyth's Tragopan. Pasricha also plans to work on a feature film which she has already written.

“It’s a very different kind of film. I like stories of anyone who doesn’t have any representation, whether it is plants or trees, whether it is animals or in some cases, even women. This story is completely from a woman’s perspective,” she shared.