10 years of Jodhaa Akbar: Remembering Ashutosh Gowariker's film in the wake of Padmaavat


Both films are reimagined epic tales of love in a historical setting that stoked the ire of self-appointed custodians of history, religion and morality; yet both couldn’t be more different in their evocation of history and love.

It has been 10 years since filmmaker Ashutosh Gowariker presented the historical romance between Mughal emperor Akbar and the Rajput princess Jodhabai in the visually stunning Jodhaa Akbar (2008).

Featuring Aishwarya Rai and Hrithik Roshan in the eponymous roles, the film courted controversy and navigated protests that now seem inevitable when a filmmaker decides to explore even a remotely historical subject in our country.

Looking back, one cannot help but compare the decade-old film to Sanjay Leela Bhansali’s Padmaavat (2018), which faced unprecedented controversies and a violent backlash only recently.

Both films are reimagined epic tales of love in a historical setting. Both stoked the ire of self-appointed custodians of history, religion and morality. Yet, both films could not have been more different in their evocation of history and love. 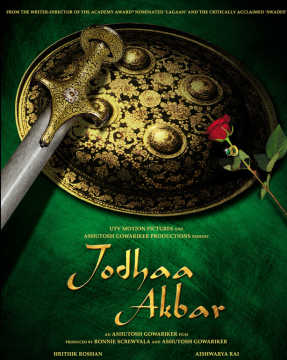 Tracking the various protests around the release of Jodhaa Akbar, one realizes that a Rajput organization, the Akhil Bharatiya Kshatriya Mahasabha, protested against the film accusing Gowariker of distorting history by depicting Jodhabai as Akbar's wife. The group saw this as an insult to the community. This was accompanied by the now commonplace claim that the film had hurt 'sentiments'.

According to a report in The Times of India newspaper dated 15 February 2008, activists of the Karni Sena had written letters in blood against the film's release and submitted it to theatre owners. Uttar Pradesh, Haryana and Uttarakhand, among other states, had banned the screening of the film, but the ban was lifted by the Supreme Court when the producers moved court.

A bigger and bolder attack along the same lines preceded the release of Padmaavat where various historians went blue in the face pointing out inaccuracies in the film while Bhansali also went blue in the face reiterating that the film was based on a work of fiction. Much ink and, shamefully, blood has been spilt on the anxieties that the film unleashed around its release. Well, people ultimately believe what they want to and the honour of Rani Padmavati and that of the entire Rajput clan was apparently at stake through imagined scenes and representations in this one film.

A sanguine approach would perhaps suggest that clashes are inevitable in a re-presentation or interpretation of history, but it is the attitude that is paramount. At one point in Gowariker’s film, Akbar says, “Respect for each other’s religion will enrich Hindustan,” offering us a view of the syncretic culture that existed during his rule. This is the underlying spirit of the film, where orthodox ideology is quelled in favour of accepting another religion and its customs.

The love between Jodha and Akbar is also cemented through time, which fosters mutual understanding, and by the end of the film the difference in religion pales in front of their devotion towards each other.

In stark contrast, Padmaavat has about as much subtlety as a sledgehammer. It presents us with a maniacal Alauddin Khilji (Ranveer Singh) and an insipid Rawal Ratan Singh (Shahid Kapoor), who is all sound and barely any fury.

The animalistic desire of Khilji is contrasted with the insipid love between the Rajput ruler and Padmavati (Deepika Padukone). In fact, the only passion we see between them is in the initial scenes where she makes her desire for him evident. Thereafter, there is just the choreography of desire performed by a very buff Ratan Singh and a perpetually teary-eyed Padmavati.

So if the film was about the 'great love' between the ruler and his dedicated queen, it is an uninspiring love; if it is about the bestiality of a vicious Muslim ruler, it is an excessive and prejudiced view. 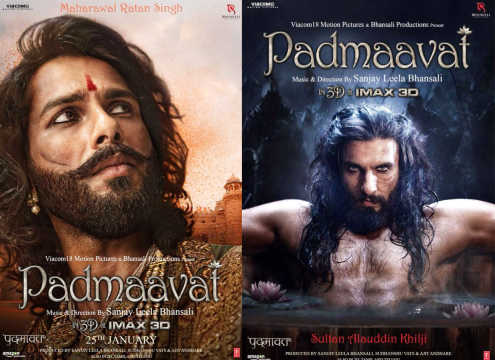 Jodhaa Akbar foregrounds the passionate desire of the protagonists through the film, depicting their love as human and wholesome, as opposed to the one-dimensional characters in Bhansali’s film.

The message at the end of Gowariker’s film is that of communal harmony and peace while at the end of Padmaavat, one isn’t left with any paeans of love. Instead, all that we are left with is the image of all-devouring death. There is nothing celebratory about being burnt alive in a fire, however steeped in ceremony or devotion it might be, and thus there is no victory to be found in Khilji’s symbolic defeat.

At the beginning of Padmaavat, Jalaluddin Khilji (Raza Murad), the founder of the Khilji dynasty, says, “The entire matter/fuss is about desire.” By the end of the film, one is compelled to wonder about the desire of the filmmaker in making Padmaavat. Was it to build bridges, or walls, through art?