Bengali music director Indrajit Dey: Was a challenge to fit songs of diverse genres into Michael


Dey spoke to us about his experience of working with Shafqat Amanat Ali and Rekha Bhardwaj, who lent their voices for Bengali cinema for the first time.

Indrajit Dey
give your opinion

Debut Bengali music director and one of the finest keyboardists from Kolkata, Indrajit Dey, began his career as a music arranger for various leading rock bands, including Fossils. His extensive experience of working with Rupankar, Raghab Chatterjee, Pandit Hariharan, maestro Bickram Ghosh and Purbayon Chatterjee for several albums eventually led him to his first solo film project, Michael, by Satrajit Sen.

Currently a music producer at Major Seventh Limited, Dey spoke to us about his experience of working with Shafqat Amanat Ali and Rekha Bhardwaj, who lent their voices for Bengali cinema for the first time, and also elaborated on his journey with Bengali film Michael.

How did your collaboration with writer-director Satrajit Sen begin for Michael?

As the film was being conceptualised, both of us (Satrajit and I) decided that we would not follow the latest trend of using Rabindra sangeet (songs of Tagore) in this film. Satrajit always believed that I have the ability to do different kind of music and gave me the liberty to experiment in this film. As a result, Michael has six different kinds of songs. 'Behaya Raat' sung by Robica Chaudhuri is a Latino, 'Sorry' by Shomelata is a power ballad, 'Ghore Pherar Sohor Kolkata' by Shafqat Amanat Ali and Timir Biswas is a rendition on Hindustaani classical, 'Mon Kemoner Ashiana' by Rekha Bhardwaj follows the gayaki of a ghazal, 'Aaya Rang Rasiya' by Madhubanti Bagchi is based on Rajasthani folk music and there's another a sweet jazz by Lagnajita and Timir. I think it was a challenge for me to fit these songs of diverse genres into the various moods of the film.

Michael is your debut film. Could you talk about your journey so far?

Previously I collaborated with Rupam Islam for Mahanagar@Kolkata (2010) and also worked for Elar Char Adhyay (2012) with Gabu. Michael is my first solo project as a composer. I started working for the film from April 2017. I should definitely mention Rajiv Chakraborty, who has done a wonderful job as the lyricist. Together we had to make frequent trips to Mumbai to record the song with Rekha ji. Shafqat ji also had to collaborate with us via mail. Thus, he recorded and sent his vocals all the way from Pakistan. 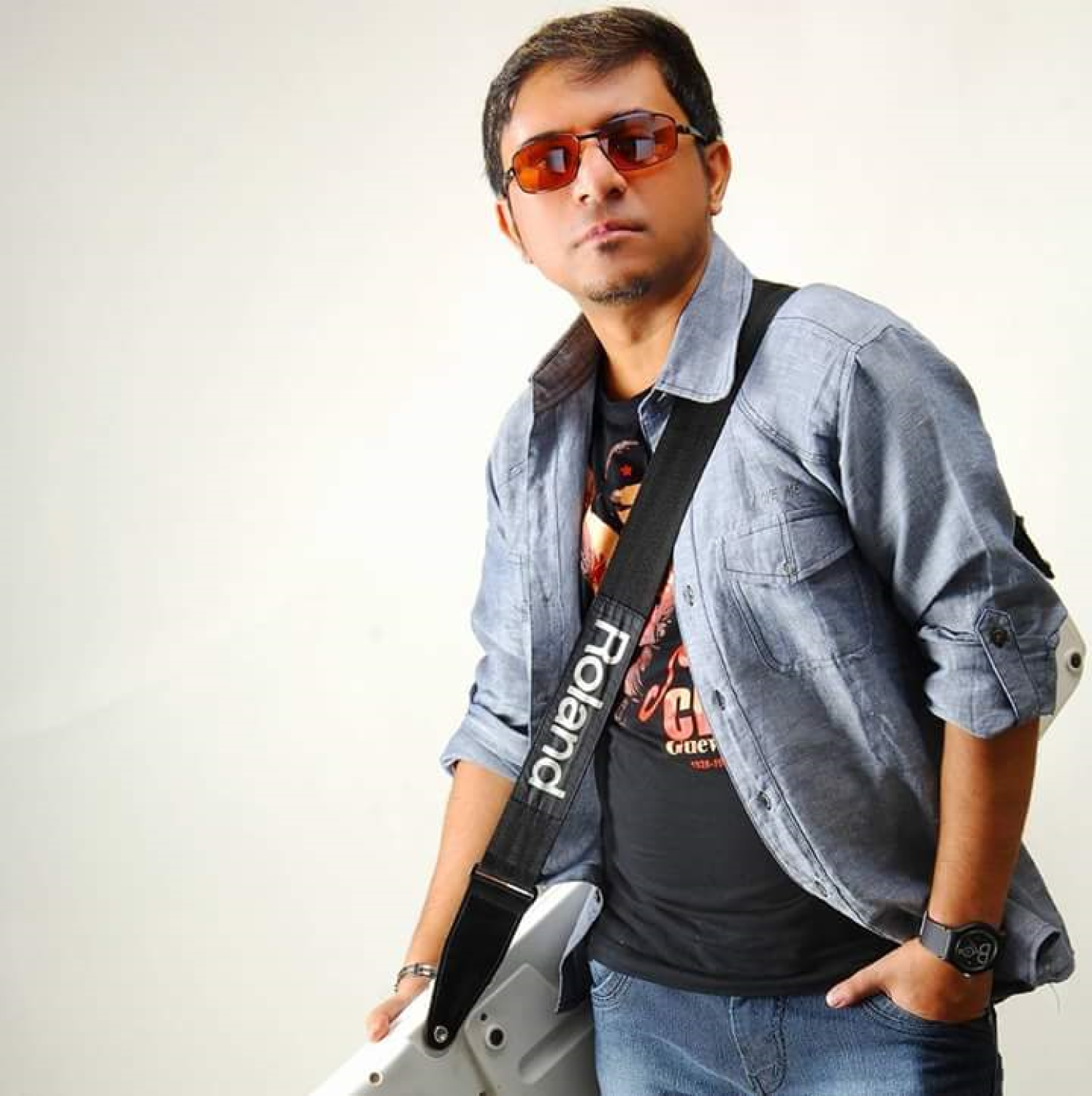 How did you contact Shafqat Amanat Ali for 'Ghore Pherar Shohor Kolkata'?

Satrajit had a close acquaintance with Shafqat ji. He introduced me to Shafqat ji and then I sent some of my works to him in Pakistan. He liked the tune and sent me appreciations on a video. For both Shafqat ji and Rekha ji, the quality of the compositions were of utmost importance. Therefore, they considered the issue of a relatively low budget in Bengali films and worked with us for very minimum remunerations.

You are also a first music director in Bengali cinema to work with Rekha Bhardwaj. How do you feel about it?

Yes, 'Mon Kemoner Ashiana' is Rekha ji’s first Bengali song. Satrajit also had good contacts with Rekha ji. Therefore, I sent the composition of 'Aaya Rang Rasiya' to her. However, she did not like it much and hence, the song was later recorded with Madhubanti Bagchi. Rekha ji gave me another chance to think of composition that goes with her style of singing. That is how I came up with the Bengali ghazal 'Mon Kemoner Ashiana' based on Raag Nand. Bengali guitarist Mayukh, who has worked extensively with Rekha ji and Vishal Bhardwaj ji in Mumbai, helped with translating the lyrics to her. As she liked it, I went to Mumbai and recorded the song with her. It was quite a learning experience for me.

What kind of response you are getting for the music?

The songs have become quite popular through Facebook and Youtube. Especially the song by Shafqat ji and Timir already has close to one million views. Also, 'Behaya Raat' and 'Mon Kemoner Ashiana' have become extremely popular, to my delight.