On the actor-comedian’s 10th death anniversary (he died on 13 February 2008), a look back at his career and how he will be always recalled as Popatlal.

The younger brother of Prem Nath, actor Rajendra Nath, born Rajendra Nath Malhotra, made his name as a comedian and sidekick in Hindi cinema. Growing up in Tikamgarh state, (now Madhya Pradesh), he initially wanted to become a doctor. His family later shifted to Jabalpur, Madhya Pradesh.

He came to Mumbai (then Bombay) and joined Prithvi Theatres, just like his elder brother who wanted to become an actor. Eventually, it led to a family connection with the Kapoors. Rajendra Nath’s sister Krishna married Prithviraj’s eldest son, Raj Kapoor. Rajendra Nath also tried his hand as a radio jockey, working for both All India Radio and Radio Ceylon.

He worked in a number of films, Patanga (1949), Shagufa (1953), Hum Sab Chor Hain (1956), but finally got his big breakthrough with Nasir Husain’s Dil Deke Dekho (1959). Playing an awkward suitor for Asha Parekh’s character, the actor made an impression and became a regular in Husain’s films during the 1960s and frequently worked with Parekh and actor Shammi Kapoor. 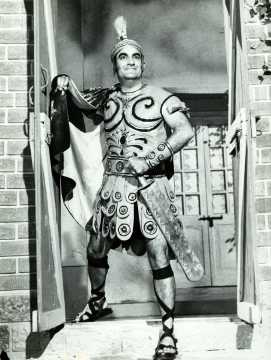 He was game to dress up in the weirdest costumes and even dressed in drag for his roles in films like Jab Pyaar Kisi Se Hota Hai (1961) and Pyar Ka Mausam (1969). With a hat, large glasses and flowery dress as the eccentric Popat Lal in the Dev Anand-Asha Parekh starrer, Jab Pyaar Kisi Se Hota Hai (1961), the role made him a household name and unfortunately, typecast him for future roles.

In the book, Nasir Husain: Music Masti Modernity by Akshay Manwani, Parekh said that Husain settled on the character's name after hearing the actress mention her jeweller's name, Chimanlal Popat Lal. When she kept repeating it, the name stuck and a new character was born.

Author Sanjit Narwekar commented about the actor’s career in the book, Eena Meena Deeka: The Story of Hindi Film Comedy, “Rajendra Nath was never without any work throughout his career because he was the perfect complement to any leading man: funny enough to raise the requisite laughs and underplayed enough not to steal the scene.” During the 1960s and 1970s, he was often paired with actors Shammi and Dharmendra with whom his comic chemistry was compatible.

However, in the 1990s, as the storytelling style of Hindi cinema shifted, the loud, buffoonish characters Rajendra Nath had played faded away. The actor took up roles on television and in the late 1990s, he played a variation of the character Popatlal, as Ashok Saraf’s boss, on the popular television serial Hum Paanch.

The actor had said in an older interview in 1990 that, “The name stuck, and was later used in many movies. Even when I went abroad, people called me Popatlal!” He died of cardiac arrest on 13 February 2008, his name forever intertwined with his Jab Pyaar Kisi Se Hota Hai (1961) character.