Pad Man actress, Sonam Kapoor, opens up on the reasons of being a part of the film, the filming, and much more.

Actress Sonam Kapoor is riding high with her lauded performance in Pad Man. She says it is important for her to play roles that reflect the social conscience in these "difficult times".

After Neerja (2016), Pad Man is another high point in your career. You are evolving fast. So much at such a young age...

Thank you. But I am not that young any more... I have only directors like Ram Madhvani (Neerja) and R Balki (Pad Man) to thank for this. I am a director's actor. And I've never shied away taking on a role for its length. Neerja was all mine. But in Bhaag Milkha Bhaag (2013), I was there for just a brief playing time.

Now Pad Man is definitely not all mine. But it's important for me to be part of cinema that addresses important social issues. There is no point in just doing entertaining cinema any more. That, to me, would be very khokhla (hollow). There has to be a relevance to it beyond just having a good time at the movies.

Why do you say that?

Because we are going through very difficult times. It's a really difficult phase for us women. Those of us who have a platform and a voice, must use it to express what we believe in.

Pad Man addresses itself to the question of menstruation. It's a huge issue for a majority of woman in our country. It didn't take me long to say yes to Pad Man. And I am so glad I did it.

Farhan Akhtar was telling me he would not do roles that set the wrong precedent in today's troubled times. He wouldn't play a serial rapist or a child molester just to be challenged as an actor. Your take?

I wouldn't mind doing a negative role provided it doesn't glorify the character or make her negativity a virtue. As an actor, we are put in a sensitive spot nowadays. I have to showcase my personal ideology while at the same time I need to do parts that challenge me as an actor. My next release Veere Di Wedding has me having a lot of fun with my female co-stars.

Were you competitive on the sets of Veere Di Wedding with your co-stars Kareena Kapoor Khan, Swara Bhasker and Shikha Talsania?

Not at all. I am not competitive at all. If I was, the trajectory of my career would be different. No... It's not a chick flick. It's a dramedy. We girls had a lot of fun shooting Veere Di Wedding.

I was working with Kareena Kapoor for the first time. I absolutely adore her. She is so beautiful and just not conscious of her looks.

You are also working with your father Anil Kapoor for the first time.

Yes, in a Yash Raj Films project that I'm shooting right now. We have done two ads together. But this is the first time we are actually shooting a feature film together.

All I can tell you at the moment is that it's a different person I am shooting with as compared with my father at home. 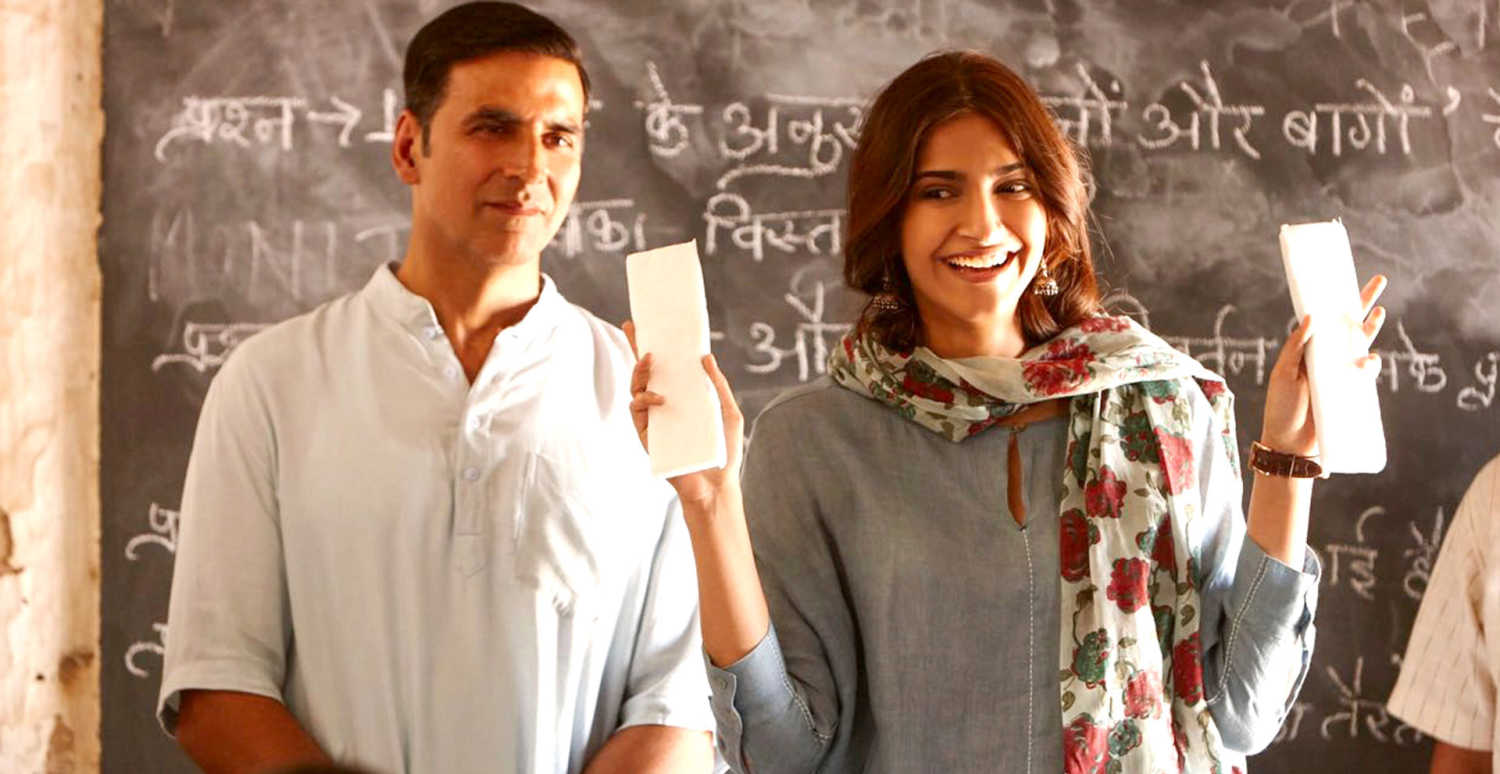 No. I didn't have to. The relationship was so beautifully written in the script. And my co-star was such a wonderful actor. I love working with actors who are more accomplished than me. It's the only way to learn on the job.

Your character Pari is the catalyst who propels the protagonist's aspirations. Had you realised your role would be so pivotal?

I firmly believe there is a woman behind every man's success. And why just a woman? Every successful man or woman has to have a support system.

The menstruation issue is still kept under wraps in our homes. The film makes us think about why we need to be so secretive and squeamish about a natural bodily function?

It is a social conditioning. We are are so used to talking about these things in hushed tones. We hope to open up a conversation with this film.