The actor has taken on some serious image change in the latest pictures.

Actor Kartik Aaryan's Sonu Ke Titu Ki Sweety (2018) might have him playing the good guy best friend again, but the actor is putting on some serious work into his appearance. The actor has always been seen as the perfect chocolate boy and boy-next-door. But after the latest images, that might just have to change.

In fact, the actor had gained a few kilos for his previous movie, and had not put in much work into his appearance. No wonder, if you see the actor’s 'before' picture, though he looks adorable, his body looks a bit flabby.

Being a complete vegetarian also worked against him as he thought it would be impossible for him to attain six-pack abs. But with a rigorous workout regimen and right eating, Aaryan has attained a physique which has left everyone stunned. The trailer and songs of his new film, Sonu Ke Titu Ki Sweety certainly capture that. 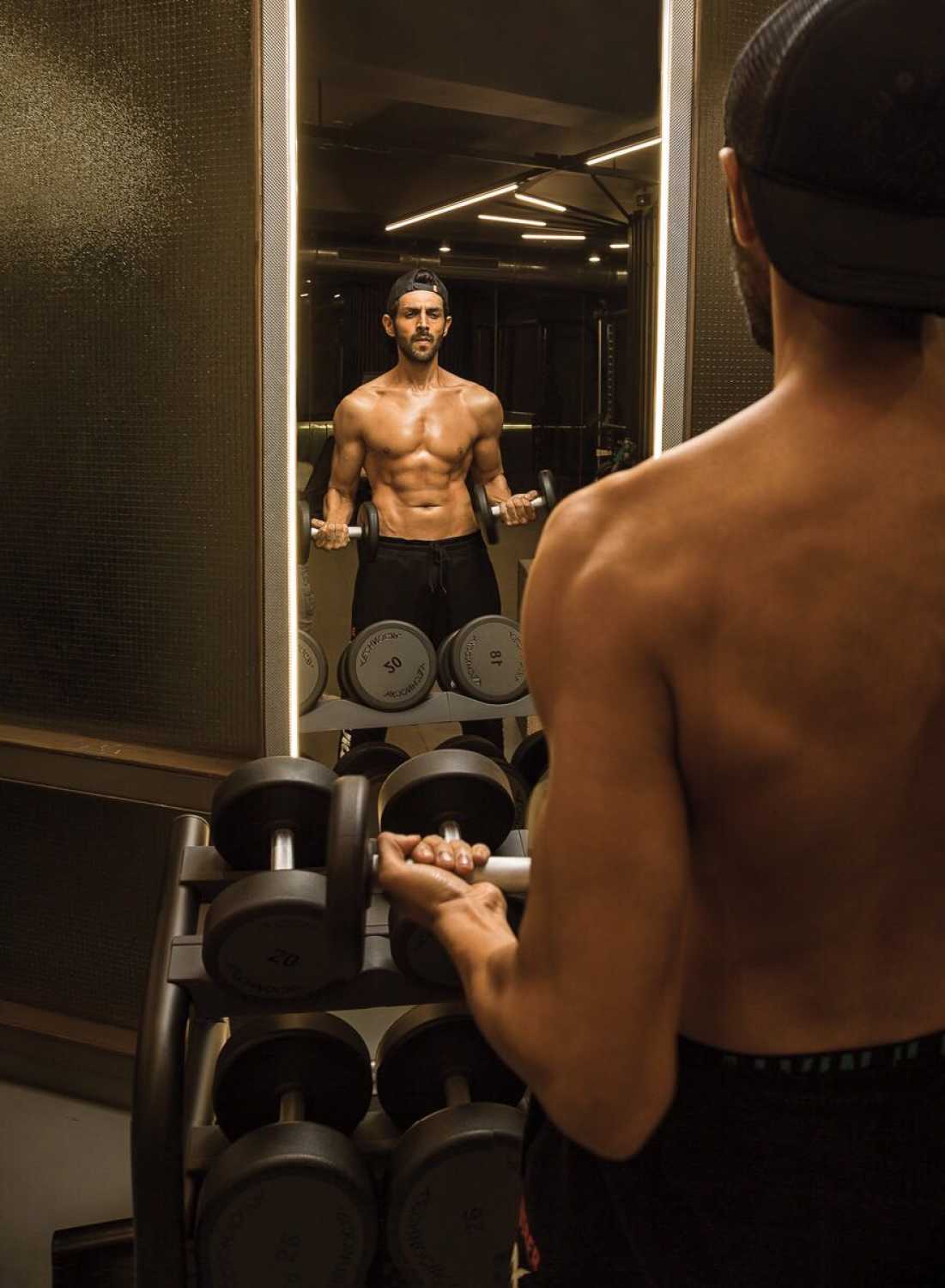 Speaking about his transformation, Aaryan said, "Prashant is the best person under who’s guidance I work. I had to actually put on some weight for my last film and was always driven to get back in shape. Prashant’s training and his techniques are amazingly challenging but still achievable. It took a lot of focus and hard work to evolve and to channelise myself to achieve the body I wanted. It definitely wasn’t easy in the beginning especially the diet part since I'm a vegetarian, but I think if you start enjoying and most importantly seeing results you will be encouraged to work harder."

It looks like another one has been added to the six-pack roster in the industry.