Praveen Morchhale on Widow Of Silence: I don’t talk about what is wrong, I just show it as it is


Morchhale’s third film had its world premiere at the Busan International Film Festival in October. The National award-winning director speaks about Widow Of Silence, set in Kashmir.

A little over a year after his second film, Walking With The Wind, was premiered at the 19th Mumbai Film Festival, filmmaker Praveen Morchhale is taking his next, Widow Of Silence, around the festival circuit. The film had its world premiere at the prestigious Busan International Film Festival in October.

Morchhale was happy with the reception his film received at the South Korean festival, especially the response from viewers aged 20–25. He was glad South Korea was “inculcating a cinema culture from a young age” so that youngsters get to appreciate world cinema.

After its Indian premiere at the Kolkata International Film Festival last month, where it was chosen Best Film in the India Competition section, Morchhale plans to take his film to other reputed festivals around the world.

Morchhale spoke to Cinestaan.com before the Indian premiere of Widow Of Silence about how he was compelled to make a film on the long-suffering 'half-widows' of Kashmir whom society has forgotten. Excerpts:

I read that you were moved to make this film after hearing the term ‘half-widows’. Can you tell us a bit about how you started?

I should be more aware of what is happening in the country because I had never heard this word ‘half-widow’ before. It was very intriguing. What does this word mean? I started googling and found that these are the women whose husbands have disappeared in Kashmir and are called half-widows.

Nothing is apolitical in this world: Praveen Morchhale on the inspiration for Widow Of Silence

It was very shocking to me and I did a lot of research and within seven or 10 days, I was in Kashmir, meeting those women. I learnt about their stories, particularly from research papers, books and some newspapers across the world.

It was inhuman, and their struggle was so sad. They are still looking for a dignified life in society and I decided that I have to make a movie, because they don’t have a voice as such. Nobody is listening. Nobody cares about them. [There are] 2,500 half-widows officially, nobody bothers about them. But their story has a huge human aspect. So, I decided and within three-four months, we were shooting the film there.

Did you base the film on any of the real experiences you heard about when you were in Kashmir?

The full film is based on true stories, except the climax. That is based on a real story of somebody else’s life. I have picked up bits and pieces from different sources and made one story out of this. Nothing is fictional in this. 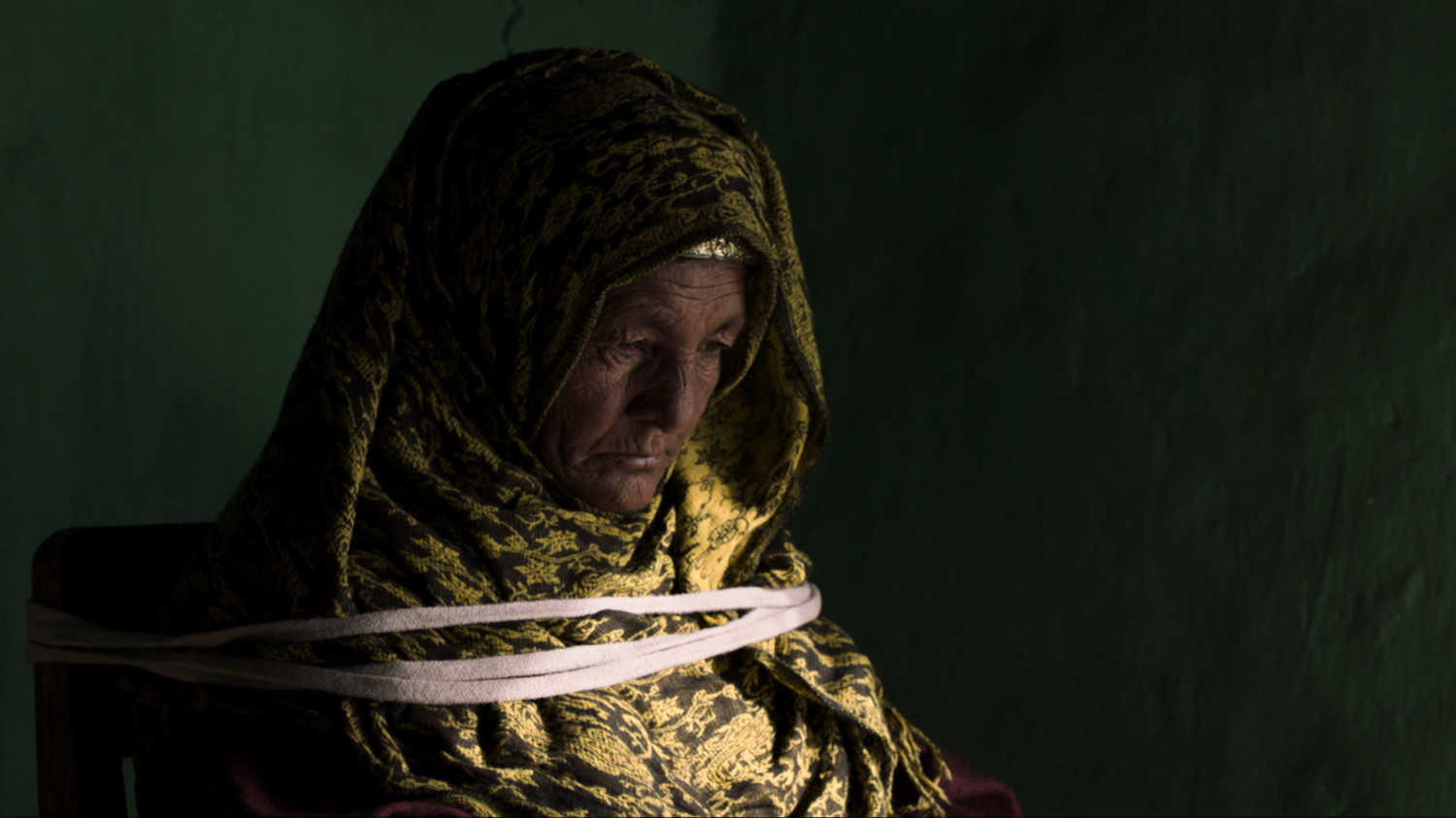 You completed Widow Of Silence (2018) right after Walking With The Wind (2017). When did you film this in Kashmir?

We were shooting last year in October. I could not attend the world premiere of Walking With The Wind at the [19th] Mumbai Film Festival and later it went to the São Paulo International Film Festival [in Brazil]. And then it [Widow Of Silence] took five-six months [to complete], because I don’t use any background music, so it takes me a lot of time for sound designing and synch sound. The film was ready by June.

You don’t like to use background music, is that a very conscious choice in your films?

The realism comes from the beautiful local sound, which is very unique to that particular area. It has very unique sounds around that ecosystem. But putting music, manipulating the emotions of the audience, maybe I’m trying to convince something more, underline something, which I don’t like personally. I don’t try to make the film a forceful, emotional kind of thing.

You don’t want to direct the audience in a certain way...

But at the same time, it’s very risky because my movies are very simple and more about real life and ordinary people. They are not heroes. But their stories are very extraordinary.

Last time we spoke, you had said ‘children tell my story much better’, and your last two films had child protagonists. It was from their point of view. Now this time we are seeing life from a Kashmiri widow’s viewpoint. How did you have to adjust your storytelling for this film?

This is again a story of a family which has three women only, no men. One is the suffering half-widow, [another] is the daughter around 11 [years old] and the mother-in-law who is around 70 years old. This story could have been from the child’s point of view. I found this story is more suitable for three different points of view. 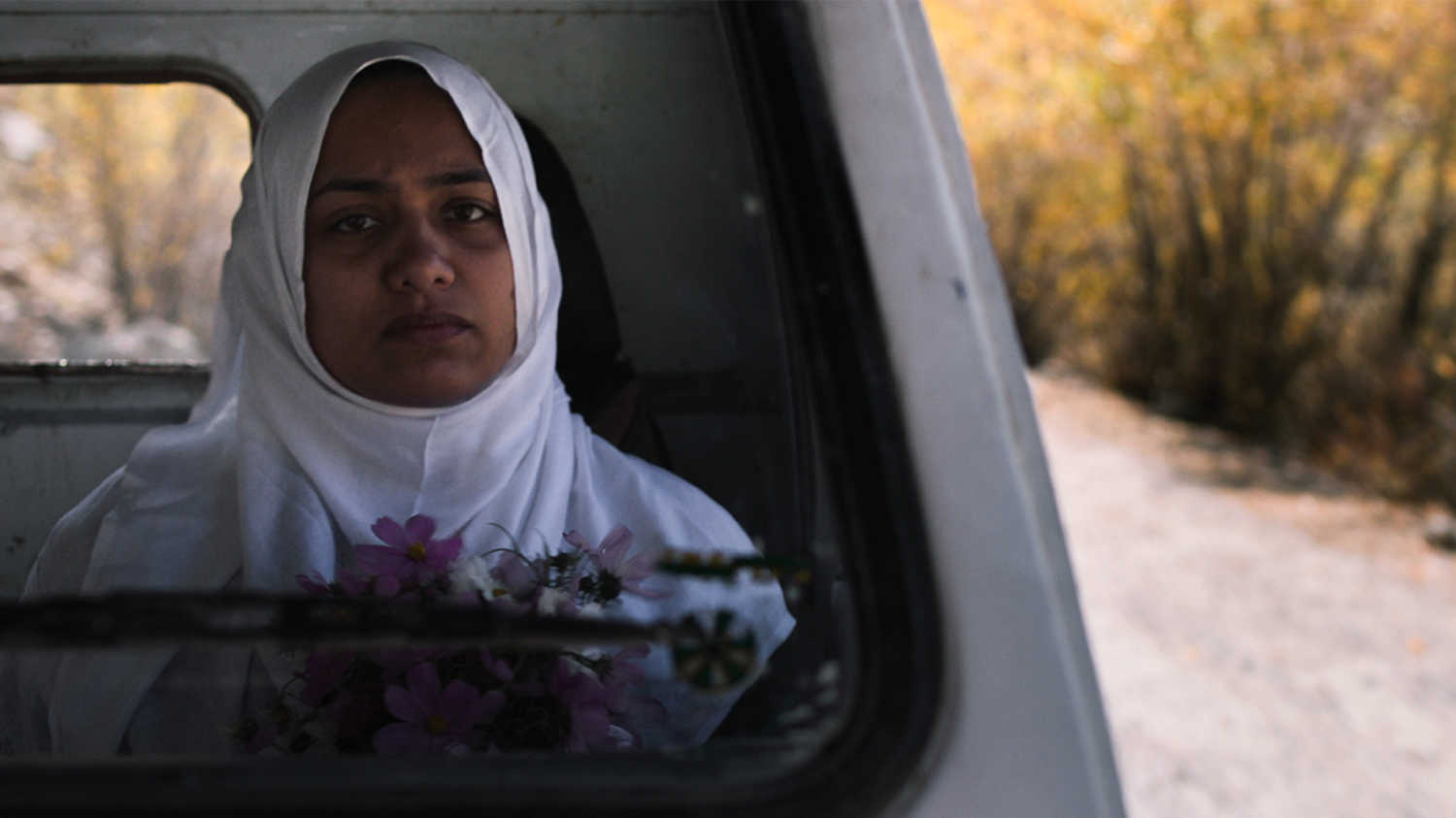 You usually cast non-professional actors. How did you cast theatre actress Shilpi Marwaha in this?

Except Shilpi and another character, 95% characters are again from real life. I would say out of 20 characters, only two are professional. I wanted to have certain visual kind of expressions, like [there is] one shot of three-and-a-half minutes. Earlier, I was inclined to cast some local non-[professional] actress or maybe some local ladies, but I found [for that scene] of three-and-a-half minutes, talking to the daughter in one shot, in the different contours of emotions, it’s very tough for a non-[professional] actor. Because of that one shot, I seriously thought I need an actress who can carry this one [scene]. The rest of the things I could have managed very well.

I decided I have to go for at least a theatre artiste who is very expressive and she has to look like a Kashmiri and is not a method actress. Luckily, I found Shilpi. Somebody told me [about her] and sent her photographs, I met her in Delhi and she readily agreed and it was a wonderful experience. And I’m very happy that she carried [the film] very nicely. You don’t realize she is acting, it’s so natural. It’s very important when you cast non-actors and actors together that they are in a different platform. The actor tries to perform and the non-actors remain the real-life people, so it becomes a mismatch. So, a trained actor should not perform the character, just be [themselves]. So that was the reason why I cast her.

Your DOP [director of photography], Mohammad Reza Jahanpanah, brings out this perfect blend of loneliness and beauty from a location. How did you connect with him to shoot for your films?

I saw his one film [Risk Of Acid Rain] at the Mumbai Film Festival. That was the only film I saw in the festival in 2015. There was only one shot in the whole film that I wanted my film, Walking With The Wind (2017), in the same way. I caught up with him somehow and we communicated and within a month or so, we were on board and it was so nice.

He is so humble and such a gentleman and the beauty is that we think in the same way. Our visual thinking is the same. Sometimes it happens that we go and stand at the same place and we laugh and we call the camera. We don’t discuss too much that we want this or that. I just simply say, ‘These are the shots I want from here.’ If he has a better idea, he will suggest let’s do a bit of this also. Or else we decide whatever else we will do on the spot. 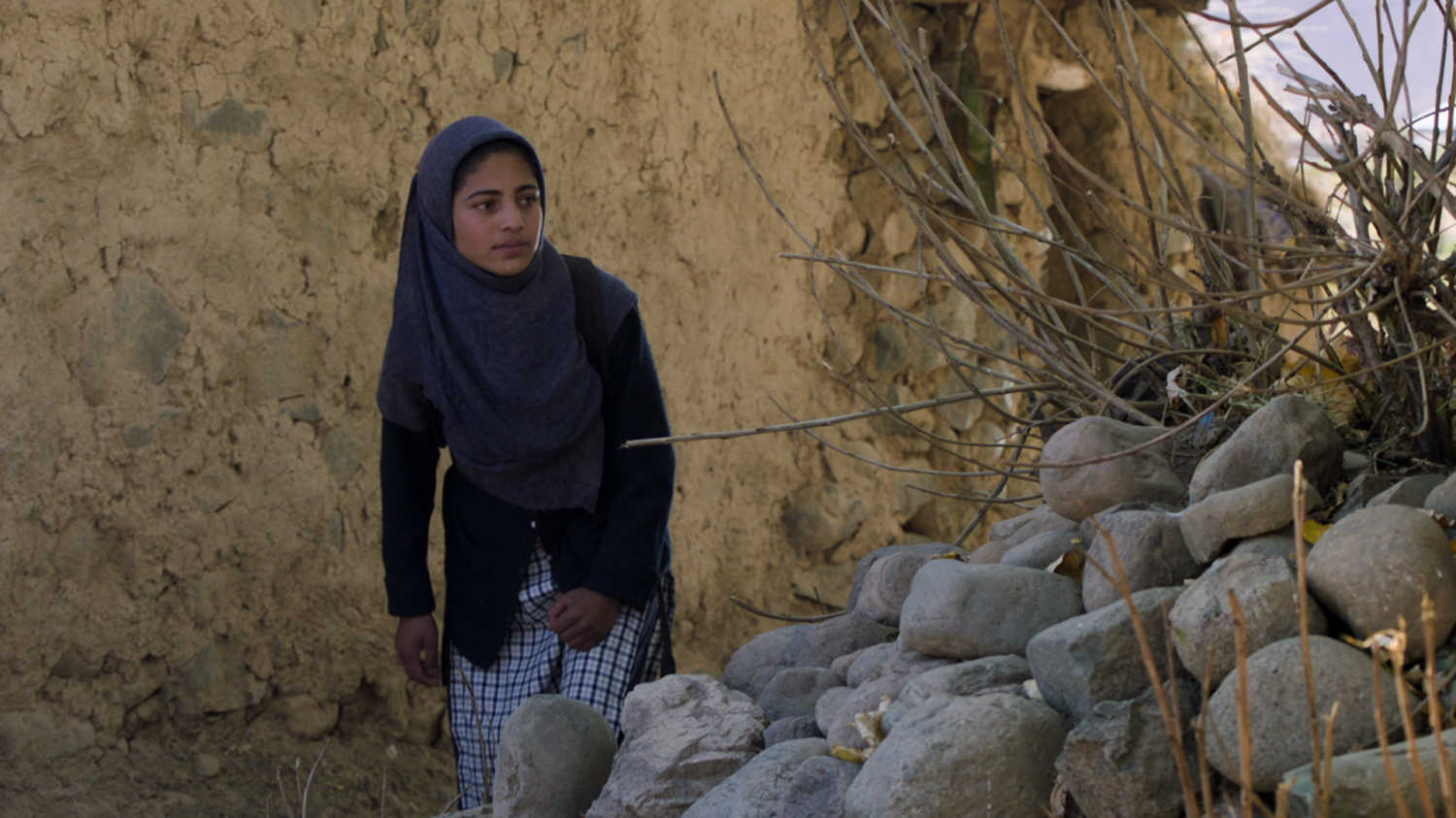 Since then, the moment I said I’m making the next film, he said, ‘When do you want me to come?’ We don’t talk money also. The first movie, of course, there was a contract and everything. For the second, we never bothered about the contract or money or anything. He said when I go, you give me money. And I feel as artists, we both gel very well. Our object is to create the best images which enhances cinema as well as the story. Because we both are visual artists. We are both interested in telling the story visually and quietly.

What do you hope people will take away after seeing Widow Of Silence?

When we were shooting in 2017, the #MeToo movement started. It was on 13 October. We started on 3 October 2017 in Srinagar. My movie is pertinent to current women’s situations, exploitation and undignified behaviour by men in society. The story is very straight that [Aasia] is waiting for seven years and now she wants her husband’s death certificate and one government officer just wants to exploit the situation. She is fighting against all this in one frame. So one kind of #MeToo is happening in one side of the world in a small village which is a very inhuman situation.

I think we have to think as a human, rather than looking at a Kashmir [issue] or a political issue. We have to see it as a human [issue] that why women and children are the ones most suffering in any place in the world where some dispute is happening. They are the only people who suffer quietly because they have no option. They cannot go anywhere else in the world. They cannot move out of their village. They are illiterate.

Over 30 years, there are more than 2,500 official half-widows. Unofficially, 10,000 women are like this. And when I met them, some just came and sat and started crying. I did not even have the courage to ask them questions. I was shocked, what should I ask them? 'How do you feel?' It’s so insensitive, asking women whose husbands have disappeared and nobody knows whether they are alive or dead. You have to just observe them. So I met them and I just kept quiet.

Your last film, Walking With The Wind, won three National awards. But did it make anything easier for you as an independent filmmaker? Did it open any doors?

Nothing, absolutely nothing. I produced Widow Of Silence myself. For Walking With The Wind, at least I had a producer. But for this, I was so moved I [went ahead]. Two people told me, you wait six months and then we can shoot, I said no, because I think this is an urgent issue for me as a filmmaker to talk about.

In my last movie, I don’t talk about what is wrong, I just show it as it is. It’s like I’m putting the camera and forgetting it and observing life as a neutral person and leaving everything up to the audience, whatever they want to take, to think, whatever they want to say. Life is not easier. But yes, after Busan, I am very sure that it will be easier for me to make movies, the kind of movies I want to make, which will reach at least to some platform in the world. It may not be a theatre hall, but it may be easy to catch on digital.