Surprisingly, the teaser focuses on the antagonist, who has a Gabbar Singh-like aura around him.

Sushant Singh Rajput's Kedarnath released today (7 December). The actor plays a pithoo, someone who carries pilgrims to shrines, in the Abhishek Kapoor film. In February 2019, we will see Singh in an altogether different avatar. For the first time ever, Rajput will be playing a bandit in Abhishek Chaubey’s Sonchiriya. The makers of the film released the teaser and Rajput sure looks the part.

Set in Chambal, the teaser can be described as cold, brutal and intimidating, and hits you like a bullet. Manoj Bajpayee plays Man Singh, the leader of the bandits. If we recall well, Bajpayee played Man Singh in Shekhar Kapur’s Bandit Queen (1994) as well. Man Singh was one of the partners of noted dacoit-turned-politician, late Phoolan Devi. Bajpayee appears to be playing the same Man Singh here. 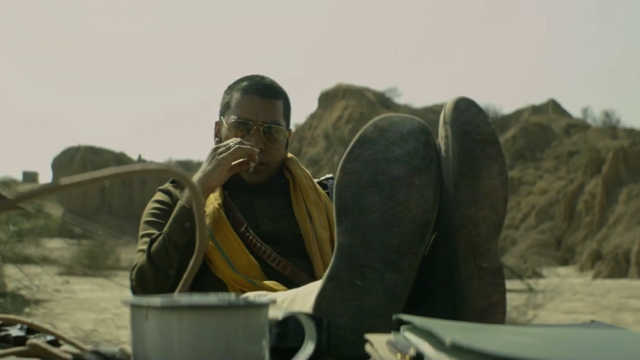 A teaser is only meant to give a sneak peek into the story and the characters. Often, most teasers of Hindi films tend to give away the prime plot. Sonchiriya's teaser, too, gives an idea as to what this film will be about.

Presently, Sonchiriya, that can be translated as 'golden bird', comes across a metaphor. The real deal though is the hunt for the elusive golden bird - Ashutosh Rana! Is the versatile actor playing a cop or is he another notorious bandit himself. There is already terror around Rana’s character, much like that of Gabbar Singh from Sholay (1975). It is rare to have an antagonist take center stage in a teaser.

Bhumi Pednekar features momentarily in the teaser, and her character isn't really introduced. Pedenekar has made a name for herself playing the village belle in films like Dum Laga Ke Haisha (2015) and Toilet: Ek Prem Katha (2017) but she’s never looked so rustic before. Is she playing a character similar to Phoolan Devi? We would know in due course.

Films on bandits were common in Hindi cinema before, but over time the genre neared extinction much like the real bandits themselves. In 2019, Chaubey and co-producer Ronnie Screwvala will have quite task to attract people to such a story. The duo will hope cinephiles warm up to the gun-toting bandits again with Sonchiriya.

Watch the gripping teaser of Sonchiriya below: