You can call it a mental catharsis: Ali Fazal on playing 'bad boy' Guddu in Mirzapur


In an exclusive interview, Fazal speaks about the physical and mental preparation into becoming the ambitious, power-hungry Guddu for the Amazon Prime web series, Mirzapur.

Amidst all the glorious cocktail of power, fear and politics in the trailer for Amazon Prime Video's web-series Mirzapur, there is a moment that feels the most relatable. It arrives in the middle of a traffic jam when Guddu, played by Ali Fazal, goes ballistic on the honk-loving bike rider alongside him. "Ab ka helicopter ban ke jaaoge ka?", he snarls.

This might just be one of the more un-Ali Fazal moments in his career so far. Since his breakthrough as the tragic Joy Lobo in Rajkumar Hirani's 3 Idiots (2009), Fazal has been playing the boy next door, stylish, urban and always chivalrous.

Even in his Hollywood period drama, Victoria & Abdul (2017), the actor was cast as the charming, friendly Abdul Karim who went on to forge the most unlikely friendship with Queen Victoria, played by Dame Judi Dench in the 2017 film.

However, Mirzapur has him in a completely different role. On a phone interview from the sets of his upcoming film, Prassthanam (2019), Fazal agreed that the brash, angry character did offer some catharsis. "You can call it a mental catharsis," he laughs, "But it is also necessary to control it, as it can go wrong very quickly. The anger and the curses in Mirzapur are a necessary part of the character."

He explains further that it was the 'world of Mirzapur' that truly caught his attention. Fazal says, "It was a fantastic character the way it was written. I was drawn into the world created by Puneet Krishna and the world of Mirzapur... It is important to understand that you have to buy into the world where guns are normal when you prepare for the character. It is a wonderful role, and it allowed me to break free."

Produced by Amazon Prime Video and Farhan Akhtar and Riteish Sidhwani's Excel Entertainment, Mirzapur is a web-series that revolves around the politics of power, deceit, guns, and ambitions in the eponymous town. Created by Karan Anshuman and Puneet Krishna, and directed by Gurrmeet Singh, the series was launched on Amazon Prime Video on 16 November.

The change in character is certainly drastic. Fazal's Guddu is an ambitious, headstrong character prone to violence at the slightest instigation. It is a far cry from his more urbane characters. "I am always looking for variety as an actor, and I was happy that I was offered this role. After a while, directors and filmmakers always see you in the characters you have played. You are your last Friday, as they say. It can get difficult sometimes to break out of that mould."

His physical transformation helped this evolution as well. The actor revealed that he put on 10-12 kgs of muscle in order to play the rough, gangster from the UP badlands. "So far I had somehow got by telling my directors that do not focus on the physical presence, as it is not important. But in this, I had to put on 10-12kgs of muscle, which was necessary for the last 2-3 episodes," Fazal said, "So I was shooting and later working out for 2-3 hours every day. It was tough but somehow I got through it."

In fact, Fazal reveals that the hunched, malevolent appeal of Guddu's appearance lies in his own nervousness. He said, "I remember being nervous on the first day of the shoot, so I had a hunched posture when I walked in thinking people will laugh at me, or make fun of me. Incidentally, that posture turned out to be a part of the menacing appearance of Guddu," he laughed, "It turned out in favour of the character."

However, Mirzapur's appeal lies in its brilliant combination of actors bringing characters to life.

In addition to the presence of Pankaj Tripathi's Kaleen Bhaiyya, and Rasika Dugal's Beena Tripathi, Fazal has Vikrant Massey as his younger brother.

Massey, the actor points out, is the 'brains to my brawns'. Fazal added, "Vikrant and I share an easy chemistry. I had surprisingly never met Vikrant or interacted with him before. I knew his work, but this was the first time we met and we hit it off. It was helpful that we shared a similar interest in films, character, and even literature."

"In some ways, his character has traits of my own self, and my character gains his traits as the show goes on," the actor said.

Mirzapur is one among a cluster of exciting projects that Fazal is currently working on. These include Prassthanam, where he shares the screen with Amyra Dastur, Sanjay Dutt and Manisha Koirala, as well as Tigmanshu Dhulia's Milan Talkies. But the most exciting is his efforts to establish his foothold in Hollywood.

Since making a small appearance in Furious 7 (2015), the actor has made a debut as a leading man opposite Dame Judi Dench in Victoria & Abdul (2017). Speaking of his experience in the west, Fazal said, "In terms of technology, styles, genres, we might still be 10-15 years behind, but the sensibilities and emotional content we have is the same as anywhere else in the world. In the end, it is the stories that truly make an impact on the audience." 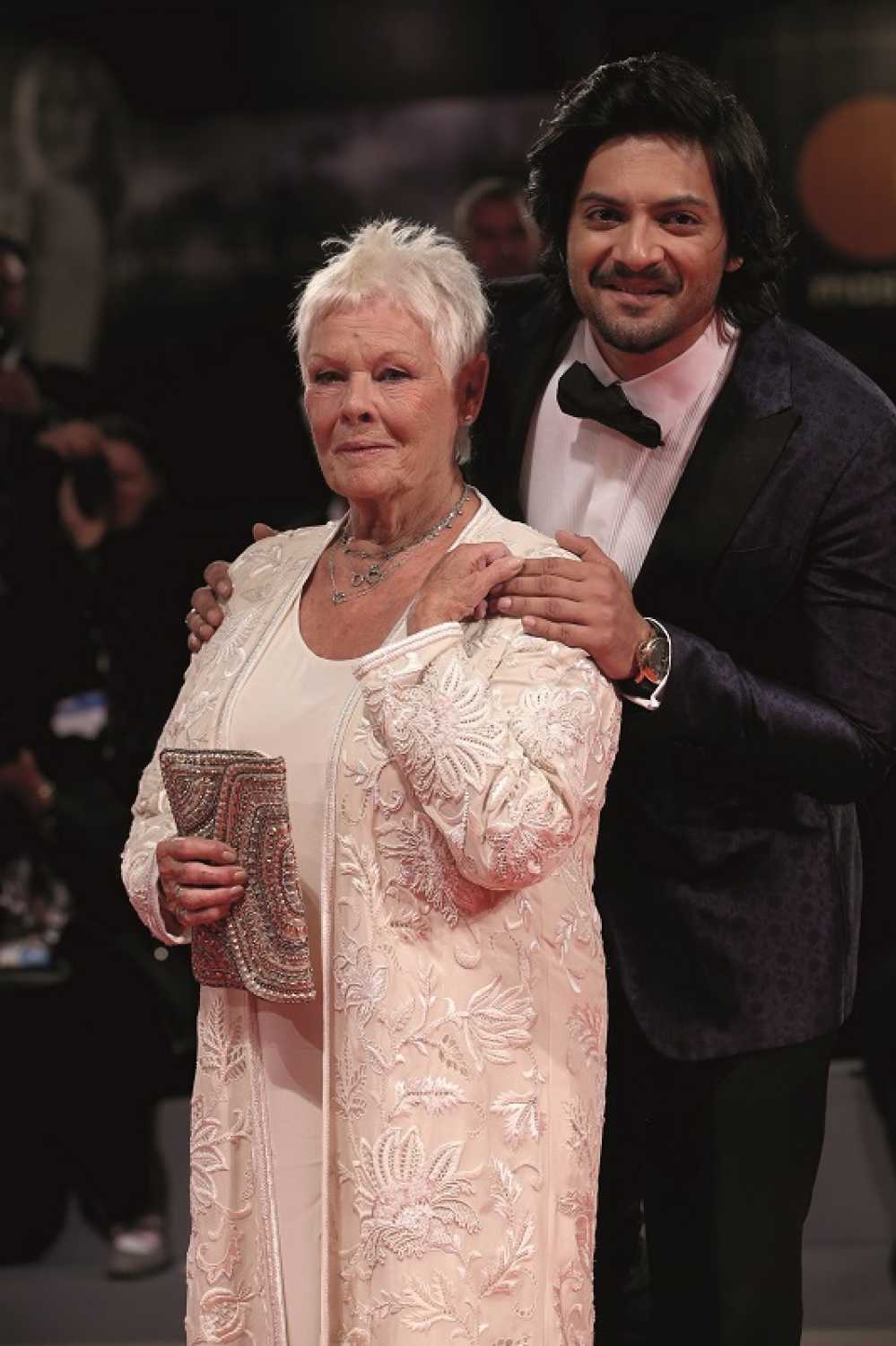 His next big Hollywood project (I can't really talk about it, he said) is based on the Iraq war. "I will let you know when things are finalised," he said.

The actor laughed off any suggestions of being intimidated sharing screen with Dame Judi Dench. He said, "It is the insecurity of actors that often makes them think about who is cast opposite them. For instance, Judi Dench and Pankaj Tripathi are such giving actors. When you enter a scene with them, they will make you look good."

"That is what I think about when I enter a scene with Pankaj Tripathi, I know he will make me look good. I know we can create magic. That’s what makes work fun," he added.

With Mirzapur raking in the appreciation of audiences, Fazal is certainly having his fun.