Varsha Usgaonkar on Piano For Sale: It was a mistake to not act in more plays


In an exclusive chat with us, the actress spoke about her rapport with Kishori Shahane, looked back at the 1990s and shared why she couldn't do more plays.

Marathi cinema went through a phase of commercial entertainers in the 1990s. A number of male actors achieved star status during the era. The one female name that ruled the era was Varsha Usgaonkar. Looking at her it doesn't feel as if we are too far from the 1990s.

For the Marathi play Piano For Sale, she is reuniting with her 1990s contemporary Kishori Shahane. This is the first time the two will appear together on stage.

She says that while doing Piano For Sale she realized that she should do more plays. “I will keep doing plays after Piano For Sale as well. I feel I should do at least one play in one or two years for sure. If I wish to grow as an actress, I feel this is very necessary for me,” she said.

Naseeruddin Shah’s biography turned out to be a lesson for her. “In it he has kept saying that he wants to keep doing theatre. I was surprised. I felt, he has everything by God’s grace. He has achieved success in both art and commercial cinema.”

Usgaonkar admits that she regrets not doing much of theatre in recent years. “I feel we are left behind in theatre. Many actors have gone ahead. We didn’t do plays during certain periods. There must be a reason for this. But I feel that was a mistake. But better late than never. I have realized this now and got an opportunity,” she said.

She added that she has rejected offers for mediocre plays. “The makers feel they are very good and the role is interesting. But only good role isn’t enough. The play overall needs to be good.”

During the course of the conversation, the actress became nostalgic thinking about her work in theatre. “Brahmachari was my first play. I was cast with Prashant Damle. It ran very well. I had Rajaram Bhomane’s Priti Pari Tujvari. I did Double Game in 2004. I had done a Hindi play in 2006 known as Bas Ek Tum Ho Bas Ek Hum Hain with Aamir Khan’s brother, Faisal Khan,” she said.

She has been receiving requests from her fans for doing more plays. “But sometimes you get offered a play when you are busy in some other project. Everything should fit in,” she said.

“When I was looking for a good assignment, Aashish Kulkarni came to me with Piano For Sale. I felt that the role is challenging and the play is good. The play is all about conversation between two characters. Plays with one or just two characters are very challenging because you don’t have any relief.”

The other reason for her to choose the play was Kishori Shahane. “It is important to have two equally balanced actors. I was keen to know my co-star. When they said it’s Kishori Shahane, I became worry-less. Both women are from today’s era, modern in their thoughts and independent. They have their own views. So I felt the co-star should also be someone who fits in with these qualities,” she said.

Piano For Sale is about Sheila [Shahane] putting up an advertisement to sell her old piano. Anita [Usgaonkar] approaches her as a prospective buyer. Sheila and Anita have had an unpleasant past. 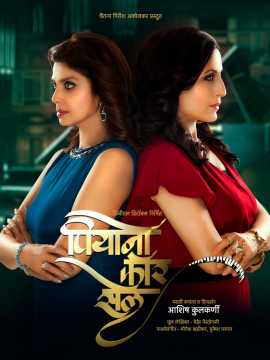 Usgaonkar said that she has been a friend of Shahane but they have not been people who call up each other everyday. She said that they had been constantly in touch because of the rehearsals. “We have been together rehearsing for the past 25-30 days. We wake up in the morning and greet each other,” she said.

The two actresses were seen together in the 1990s, but they didn’t get much of a chance to perform together. “We used to have different scenes. So, we never got a chance to do any give and take. But I always felt she has a very good personality, screen presence and is a good dancer. She has also come a long way as an actor,” she said.

Speaking about how their friendship has developed, Usgaonkar added, “At this point in our career and lives, we have become more mature. At that time we were young and were like butterflies. At that time our behaviour is a bit immature. But today our talks on various issues are interesting. People assume that two actresses can’t be friends since there is competition between them. But our friendship is unconditional and that’s why it has lasted.”

A lot has changed in the industry since the 1990s. “If we had got the technology that is there today in the 1990s, it would have been great,” said Usgaonkar. She also believes that if her films like Gammat Jammat (1987) and Aatmavishwas (1989) had released today, they would have gone far. 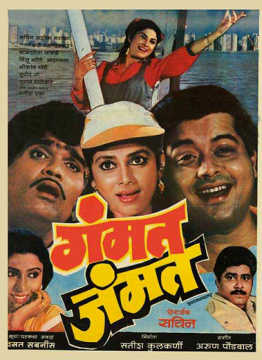 While going back to the old era, she shared that on some locations outside the city, they didn’t have space to change costumes. So they changed inside people’s homes. She also mentioned the the lack of proper toilets.

The situation during theatre tours was even worse. “We have done plays in temporary theatres made out of coconut leaves in Konkan. There were no changing rooms. Someone from the tree can easily see you. We had to go in buses. There was no mineral water. If I look back at the 1990s era I wonder how we were able to work. But the directors, producers and we actors managed everything despite limitations,” she said.

Usgaonkar is happy with the way Marathi cinema has progressed. “The content has improved. There are takers for all types of content. Earlier it was believed that only masses are able to make a film or play successful. But that is not the case today,” she said.

When asked if she would have liked making her debut in today’s times, she said, “It feels when I look behind. But we can’t go back. So we should think what we can do by looking ahead.”