Rewind 2018: The year horror made a comeback in Hindi cinema


The horror now is more psychological and the days of the traditional supernatural 'spooky' horror may well be over.

Horror in Hindi cinema had been dead awhile with most filmmakers and A-listers staying away. The Ramsay era was embalmed in history, the brothers' legacy and story tropes deemed outdated. Vikram Bhatt did try to infuse life into the genre now and then with the odd spooky tale, but that only served to remind viewers how there was no good horror anymore.

And then along came Stree (Woman) in 2018, hunting for her eternal soul, followed just a couple of months later by Tumbbad, in which a man's all-consuming greed sees him trick an ancient demon time and time again. One film was a horror comedy, the other was based on ancient legend, and suddenly the beast had sprung to life once more. Stree and Tumbbad are already being hailed as evolutionary films. 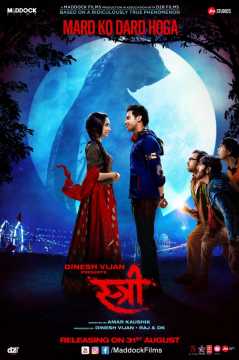 Directed by Amar Kaushik, Stree was written and co-produced by the duo of Raj Nidimoru and Krishna DK, popularly known as Raj & DK. Tumbbad was co-directed by Rahi Anil Barve and Adesh Prasad. Stree was a runaway hit. Tumbbad, despite getting few screens, was given the thumbs up by audiences and critics.

Earlier in the year, we also saw Prosit Roy's intriguing supernatural thriller Pari while the digital space witnessed director Patrick Graham summon the demon in Ghoul, a dystopian horror tale emanating from a detention centre. The year 2018 may, therefore, go down in history as one in which horror earned new respect from Hindi cinema audiences.

Raj & DK, Patrick Graham, and Tumbbad's director of photography Pankaj Kumar had an interesting conversation around the genre at the 49th International Film Festival of India in November in Goa. The quartet discussed horror and why its future is bright though the traditional supernatural horror may well be dead.

"The films that we have watched over the years, I couldn’t have taken them seriously," said Raj Nidimoru, explaining why the genre was gasping for survival. "There was always something funny about it, we are always trying to mix genres, as it wasn’t just enough to do a horror film, there had to be something more."

Krishna DK was more blunt: “The horror films of yore were just B-grade movies, they had no respect. You watched them for fun, they were date movies.”

Ghoul director Patrick Graham echoed the point: “A lot of problems in the past stemmed from the idea that it has to have sex, comedy and B-grade tropes which really don’t help the genre to progress, Now people have started to take it more seriously."

A member of the audience asked the panel whether the traditional supernatural horror was dying, and Graham agreed that traditional spooky styles were losing their grip. 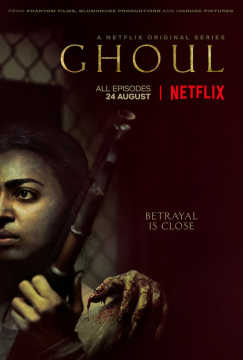 “The traditional scary, spooky type of movies are, perhaps, dead, but there is a surge in psychological horror," the filmmaker explained. "For example, The Haunting Of Hill House [on Netflix]. So, I think the genre is flourishing in a different form.”

Coming to Stree and Tumbbad, what probably added to the appeal of both films was that the tales were derived from Indian legends and not borrowed from the West.

“Original ideas are always going to be valued a little more than remakes," agreed Nidimoru. "Not just horror, but the human imagination has to be valued more than anything else. It is not only the West, copying from anywhere is not great. Every genre, storytelling has to evolve and the only way it can evolve is through imagination and original content."

Watching Stree or Tumbbad was like going back to one's childhood days, when you would hear of legends from elders and friends. “Anything that takes you back to your childhood, you identify more with the characters," said Krishna. "A Tumbbad, a Stree reminded you of your small town, growing up there, and the people around telling you these legends. This makes the films more relatable.”

Stree drew its inspiration from the 'Naale Ba' legend. The words 'naale ba', which mean 'come tomorrow', have been found scrawled on walls of small towns and villages in rural Bangalore for years. Villagers write this on the walls to, apparently, deter the entry of malevolent spirits into their homes. In another variation of the story, the spirit is believed to be a bridal ghost who roams around town in search of her husband.

While cinephiles warmed to the story, Raj Nidimoru admitted he found the legend absurd. “Stree itself is just such an absurd idea," he said. "When I first heard about it back in college, that people were writing, oh lady come tomorrow, I thought it was pretty idiotic. How do you ward off a ghost by saying please come tomorrow? First of all, she has to be literate. [Then] she is being an idiot coming over again. Such legends have always had something illogical to them.” 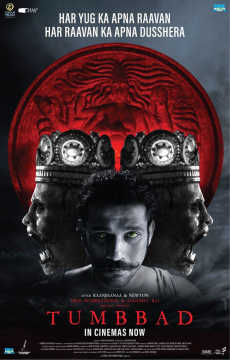 Tumbbad had its roots in the remote village of the same name in Maharashtra's Konkan region, with the legend based on a mythical beast. One of the highlights of the film was the breathtaking photography by Pankaj Kumar. The cinematographer spoke about his vision for the film.

"With Tumbbad, the name of the film is the place itself. The whole atmosphere had to look red. The real monster of the film lies in the human mind, which is so driven by greed that it is ready to try and tame other monsters. So, it was important to set that atmosphere and keep it in red throughout. The place itself should become so (pauses) that once you enter this world, it becomes so immersive that you don’t want people to leave this place,” said Pankaj Kumar.

One distinction between Stree and the other horror films of the year was that the Raj-Krishna film was a horror comedy while the rest were new-age horror stories. Stree had the right dose of horror and comedy and the makers also took subtle digs at the political set-up and at patriarchy.

"The concept was not necessarily funny, but if you see [our earlier work] Go Goa Gone (2013), that film, too, had an underlying message. In the case of Stree, the message was how we say women are not safe in this country. We turned that on its head, and so everything that earlier applied to a woman was now applied to the men. So, it became unsafe for a man to step out at night. And if he did, he ought to step out with a woman or his friends,” Krishna explained.

Ghoul didn’t follow that route, but for the first time ever, viewers saw a horror tale set in a dystopian time. Graham wrote his story after reading about the secret detention centres in America, and also one in Kashmir. In the Netflix film, though, Graham smartly did not name any nation, place or religion.

“When I first started writing the script, it was always at the back of my mind that we kind of have a slightly dystopian skewed reality," the filmmaker explained. "We were worried about making too obvious a comment on contemporary India, so we thought we should distance it from reality to allow us to explore areas that otherwise we might have to tread carefully upon. Setting it in an alternate kind of near future really helped us to express what we wanted to express without worrying about getting lynched.”

There is already a demand for a sequel to Stree, but then commercial greed alone cannot be the reason to make a sequel because if it does not match the original, the filmmakers run the risk of being labelled monotonous. Raj and DK had already made Go Goa Gone (2013) and Stree is the second film in the horror comedy genre.

“The demand is legitimate," Raj agreed. "There is nothing unnatural about it. The demand will always be there. But the onus is on us not to repeat it."

Krishna added, “We hadn’t even repeated a genre until we made Stree. In a way, we made sure every film was different. Sometimes you fail and sometimes you succeed. But if we were to keep repeating ourselves, then we would be living a sad life.”