Rewind 2018: Who was the year's Best Actor in Hindi cinema?


The year 2018 brought forth some cracking performances from stars like Ranbir Kapoor and Ranveer Singh, relative newcomers like Vicky Kaushal and unheralded actors like Vineet Kumar Singh.

The year 2018 will be remembered as the year when Hindi cinema audiences finally began to disregard star-led below-par projects in favour of films with interesting content.

Some great writing aided several good actors to come through with commendable performances, whether in leading or supporting roles. And these performances, in turn, lifted the quality of the films.

So here, in ascending order of rank, are Cinestaan's top 10 picks for Best Actor of 2018. Click here if you would prefer to just look at the video compilation. 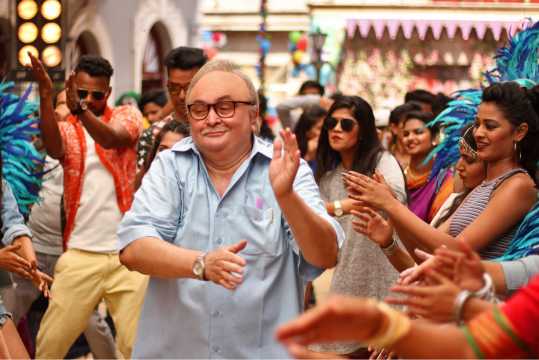 While his dramatic performance in Mulk was certainly worth a mention, Rishi Kapoor played the grumpy old man in 102 Not Out with a realness that connected emotionally with the viewer.

The film had many flaws, but Kapoor's grouchy act lifted the screenplay several notches, especially when compared with Amitabh Bachchan's over-the-top performance.

Kapoor stole the show in most scenes with his brilliance, portraying beautifully the graph of his character from simply being alive to living life with zest. 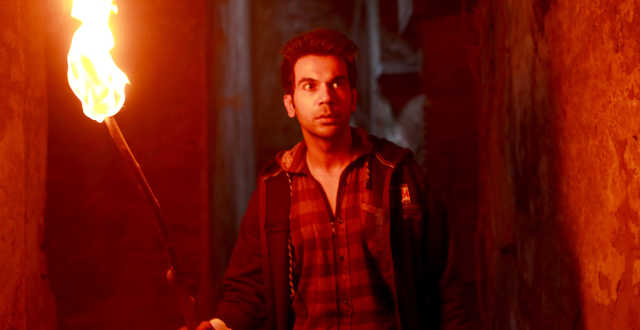 While Rajkummar Rao impressed everyone last year with his comical and entertaining act in Bareilly Ki Barfi, he repeated the feat with a hilarious performance in this year's horror comedy, Stree.

From his monologue on a peacock to enacting Shah Rukh Khan's romantic scene in the face of horror, Rajkummar Rao nailed every scene with his nonchalant comic timing.

The fact that he was surrounded by a brilliant supporting cast in Pankaj Tripathi, Abhishek Banerjee and Aparshakti Khurana only helped him to raise his performance further. 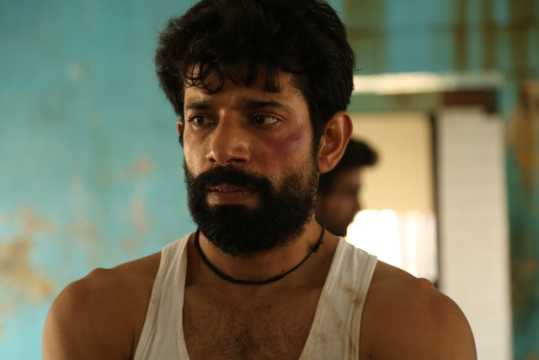 Vineet Kumar Singh as the underdog fighting all odds — of caste, love and politics — was so much in tune with the character that it is difficult to imagine him in any other role.

His physical transformation and his training for the brutal sport matched the steely determination necessary to play a bull-headed boxer. What he lacked in star power, he made up for with sheer hard work. 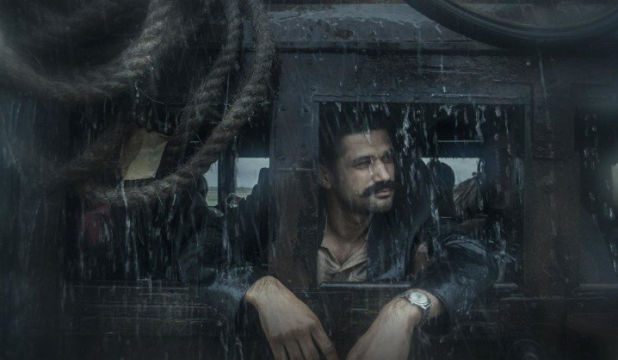 Sohum Shah as Vinayak, illegitimate son of a landlord and a greedy man obsessed with claiming the treasure buried in his father's ancestral house, incited anger and pity in equal measure with his nuanced performance.

Shah immersed himself in the world created beautifully by directors Rahi Anil Barve and Adesh Prasad, creative director Anand Gandhi and cinematographer Pankaj Kumar to bring alive the toxicity of his character.

After making his debut with Ship Of Theseus (2013) and following it up with Tumbbad's purely evil act, Sohum Shah is definitely an actor to look out for. 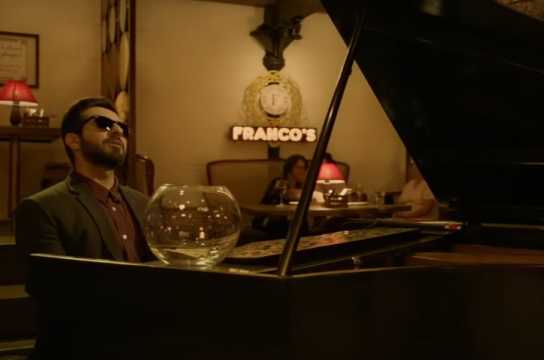 Ayushmann Khurrana has represented the middle-class man with great success in recent films, but with Andhadhun he took on the quirky grey character of a musician pretending to be blind just as an experiment. When he lands bang in the centre of a murder plot, you begin to see new shades to him.

In scenes where the character is forced to stay calm despite all the craziness unfolding right in front of his supposedly unseeing eyes, Khurrana showed his mettle. Those were not easy sequences as the character had to be disturbed and yet pretend he knew nothing of what was going on, and he performed them convincingly. 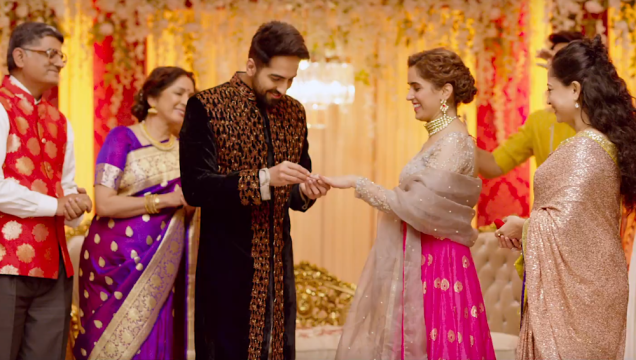 As a middle-class, middle-aged man who is about to become a father for the third time when his older son is planning to get married, Gajraj Rao portrayed a range of emotions in the film.

His love for wife Priyamvada (Neena Gupta), his reaction to the idle talk from neighbours and relatives, and his relationships with his aged but domineering mother (Surekha Sikri) and upset son Nakul (Ayushmann Khurrana), all came through brilliantly.

While Gajraj Rao aced the humorous sequences, he also handled the emotional ones in a nuanced manner, without making them campy. It is open to question whether without his finely balanced act Badhaai Ho would have been as heartwarming and entertaining as it turned out to be. 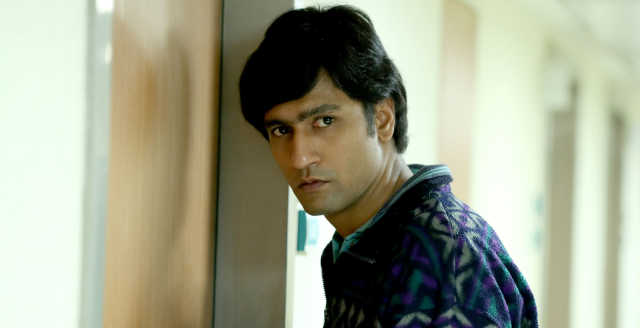 In a film revolving around Ranbir Kapoor as Sanjay Dutt, Vicky Kaushal took the risk of playing the supporting character of Dutt's friend Kamli, the golden-hearted simpleton who is in stark contrast to the abusive, out-of-control, junkie of a leading man, providing a moral compass for the troubled star.

Kaushal overshadowed the likes of veteran Paresh Rawal, who played Sunil Dutt, with his performance and managed to take some of the attention away even from the film's lead.

Given his other bravura performances this year in Manmarziyaan, Lust Stories and Raazi, Vicky Kaushal proved he has an enviable range as an actor. 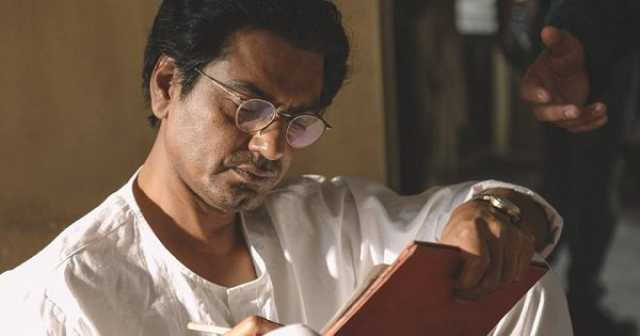 Apart from his stories, Sa'adat Hassan Manto himself held quite a fascination among his peers on account of his unique character. In Nandita Das's detailed and finely crafted biopic, Nawazuddin Siddiqui brought to life this bristling, sharp-eyed creator of characters. Whether it was his ire against a depraved, hypocritical society, his pride in his work, or the touch of sharp humour that was second nature to Manto, Siddiqui was pitch perfect.

It is easy to lose touch with a character by elevating its flaws or by understating them, but Siddiqui's craft came through in the manner he revealed them in layers, without making us feel sorry for Manto. In doing so, he recreated a person who was as talented as he was conflicted. In fact, he became Manto.

That Ranbir Kapoor is one of the more competent actors of his generation goes without saying. If anybody could have brought empathy even to the troubled star of Hindi cinema, Sanjay Dutt, it had to be him.

Not just did Kapoor embody Dutt's physicality, including the walk, the body language and the swag, without making it look like mimickry, but he also portrayed the internal struggles Dutt went through.

Despite writer-director Rajkumar Hirani's skewed narrative, Kapoor managed to get to the emotional core of his character, making him a lot more interesting and worthy of empathy than Dutt probably is in real life. He gave the film itself a lot more depth than what its fawning script promised. 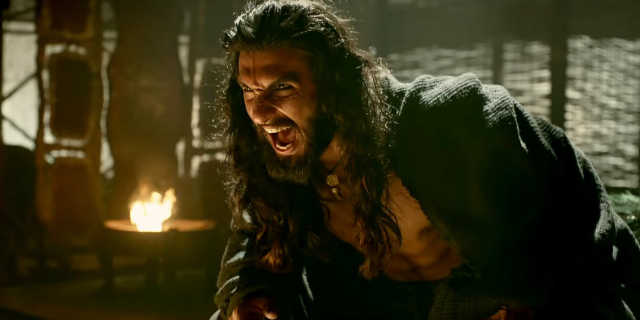 At the outset Padmaavat's Alauddin Khilji is a deliciously evil and meaty part, but it takes an actor of great conviction and greed to do justice to it. And the film's director, Sanjay Leela Bhansali, seemed more in love with Khilji than with any of his other characters.

Ranveer Singh grabbed the opportunity and verily transformed himself into the evil character he was playing — physically and mentally. The actor brought alive the wild hair, bare chest, womanizing, love of poetry and sex, ruthlessness and complete lack of a conscience so powerfully that Khilji became a lot more real than the other cosmetically good human beings around him.

Khilji's decadence in the film is in stark contrast to the more civilized behaviour of the Rajputs. Yet, so strong was Ranveer Singh in his part that he made the positive characters of Padmavati and Ratan Singh, played by Deepika Padukone and Shahid Kapoor, respectively, look staid. Though he didn't get Padmavati, he simply stole the show!