The first Indian film to collect Rs100 crore nett at the domestic box office, the psychological thriller set new benchmarks for commercial cinema when it was released on Christmas 2008.

There are great artists who excel at their work, and then there are some who go down in history as pioneers. In Hindi cinema in the new millennium, the word 'pioneer' has often been associated with 'Mr Perfectionist' Aamir Khan.

From box-office collections to innovative marketing, Khan has often set the benchmark for his peers. While Lagaan (2001) and Taare Zameen Par (2007) were films with solid content, it was with AR Murugadoss’s Ghajini (2008) that Khan created history.

Produced by Geetha Arts, the revenge drama was a remake of South star Suriya’s Tamil film Ghajini (2005), which itself was inspired by Christopher Nolan’s Memento (2000).

The story goes that Aamir Khan wasn’t keen to do the remake, but it was Suriya who convinced him that only he could do justice to the role. The rest, as they say, is history. Ghajini became the first Indian film to break the Rs100 crore barrier at the domestic box office.

Made at an estimated cost of Rs52 crore, Ghajini was released on Christmas 2008 on 1,550 screens across India and 322 abroad. The film made a record Rs114.10 crore nett in India business, grossing Rs194 crore worldwide, as reported by BoxOfficeIndia.com.

“Ghajini was one of the first films which unleashed the power of the number 100 in terms of the 100 crore club,” said Harish Bijoor of Harish Bijoor Consults. The brand and marketing expert felt that this was the film that elevated the stature of Khan.

"If you ask me top of the mind, the movie, what it brings to me, it’s the intensity of Aamir Khan, the intensity of a new generation which has all kinds of people living in it and the passion of pain," Bijoor said. "I think he played a wonderful role essaying it. Everybody knew he was a good actor, but this was the beginning of people starting to call him great. So, Ghajini was Aamir Khan’s transition from good to great."

As the first Rs100 crore film, Ghajini set a benchmark. “Earlier, when people spoke of numbers, it was quite debatable. Ghajini changed the rules. It set a new benchmark. Now, your film would only be called a hit if it grossed Rs100 crore,” said trade analyst Atul Mohan. 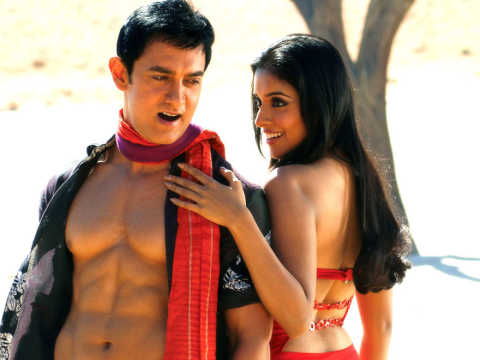 Interestingly, back then the trade was a little wary of the film's prospects before its release. Atul Mohan recalled, "The trade was sceptical as Aamir was releasing the film around Christmas. Go beyond Maharashtra, and the rest of the country is usually reeling under a cold winter. Because of that, people don’t come out in big numbers to watch a film. We thought Aamir was taking a huge risk. There was mixed optimism.”

With the record collection, the common perception is that the numbers were boosted by the rise of multiplexes in India. However, the multiplexes were still largely restricted to metros like Mumbai and Delhi. Mohan reckons that in 2008, there were approximately 9,000 single screens in India. According to a study by the portal Statista.com, the single-screen count was 9,700 in 2009, while in 2017, the count had dwindled to 6,800.

So, Ghajini owed its success to the single screens, where ticket prices were still in the range of Rs50-100.

“Ghajini did exceedingly well at common man prices," said Bijoor who believes the film also had repeat viewings. "The collection was boosted by volume and not value. Volume is more important than value because if somebody pays Rs250 for a multiplex ticket, that would be the total price five people are paying at a single screen.

“Watch a movie twice paying for it, it’s very difficult to find today," the brand expert continued. "I do believe Ghajini got a lot of that. It had a certain kind of passion, intensity, mystery around it. So you could miss a lot in the first viewing and that was why you would go for a second viewing."

Khan’s character Sanjay Singhania is brutally injured by men who also murder his girlfriend in front of his eyes. The near-fatal injuries leave Khan with anterograde amnesia, or short-term memory loss. Unable to recall things beyond 15 minutes, Singhania clicks pictures of every person he comes in contact with, jotting down their names on the picture taken from a Polaroid camera. 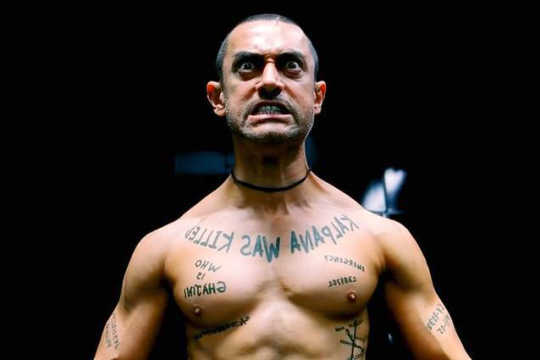 One of the things that worked for Ghajini was that it was perhaps the first Hindi film that created a buzz with innovative marketing. Khan turned barber for a day to give fans the Ghajini-style haircut. While rival Shah Rukh Khan's Rab Ne Bana Di Jodi ran in theatres, Khan got dummies of Ghajini to stare at you as you stood in line for a movie ticket or at the food counter.

Another interesting thing was that for the first time, we had a game based on a film with FXLabs and Geetha Arts developing Ghajini – The Game, a 3D computer game. The makers are said to have collected around Rs4 crore through the game.

Speaking to media and advertising portal afaqs in 2009, co-producer Madhu Mantena had said, “Marketing expenses have gone up. Films are released in a large number of theatres so there is a maximum collection in the first two or three weeks. So, one has to create urgency around the film and make it an event."

As per that report, the producers spent a then huge Rs14 crore on marketing.

According to Bijoor, the poster of Ghajini itself was compelling. Commenting on the marketing strategy, he said, "The fortunate part of the Ghajini storyline was that there was this hunky guy on whom everything was written. That itself became a teaser for the film. To see Aamir Khan topless with stuff tattooed on his body and in reverse [it had to be seen in a mirror], that itself was a marketing story. We need to remember that this was an era of non-digital advertising. In the non-digital era, Ghajini depended upon visuals which were very digital. The visual spoke more than words."

Mohan, too, was impressed by the marketing. “Khan had a different, unconventional look," he said. "The marketing was really smart. We had posters of Aamir Khan with the text ‘I will you’. We hadn’t seen such stuff before. Yes, there was Shah Rukh who carved ‘I love you Kiran’ on his chest in his own blood, but Khan was the antagonist in Darr (1993). Besides, he didn’t have tattoos like Aamir.”

Did Ghajini change the marketing game for Hindi films?

‘It’s tough to say that," said Bijoor. "I think there was A Wednesday [released on 8 September 2008] before. But it was a game changer in terms of how a star was now being called a Rs100 crore actor. If you make a movie right and market it right, your film could hit Rs100 crore. It gave a great degree of confidence to filmmakers.”

After Ghajini, producers also started eyeing good income through satellite and home video rights. There were no digital platforms like Amazon Prime Video and Netflix then.

According to a report in The Economic Times newspaper, producers Geetha Arts had sold the distribution rights of the film for an estimated  Rs93 crore. The theatrical rights went for Rs53 crore to Indian Film Company. IFC was managed by BK Enterprises, a joint venture of Viacom and Raghav Bahl.

Ghajini thus beat the record of Shah Rukh Khan’s Om Shanti Om (2007), which was said to have bagged Rs73 crore through its worldwide distribution rights, sold to Eros International.

Did Ghajini fuel a spurt in revenue through the sale of satellite rights? According to Mohan. there was a slight spurt in satellite revenues after Ghajini. “With the rise in number of private satellite channels, it, of course, opened more avenues for revenue. Before Ghajini, most films were selling the satellite rights for around Rs12-15 crore. Ghajini, I believe, surpassed the Rs20 crore mark.”

A rise in revenues naturally led to actors demanding better pay. According to Mohan, profit sharing was not new in Hindi cinema, but the stars certainly started getting a better share of the pie.

“Profit sharing has existed since the time of Amitabh Bachchan," he said. "He would take revenue from a particular [distribution] domestic territory or take the overseas territory. In the past, the big stars would take home around 10-15% of the profits. But after Ghajini, in a couple of years stars began to command 30-35% share in profits.” 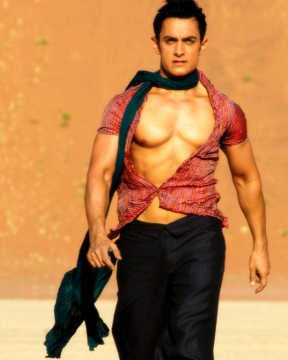 Lagaan (2001) and Taare Zameen Par (2007) were critically acclaimed and also did fairly well at the box office, but was it Ghajini that laid the foundation of a brand-new Aamir Khan?

“I wouldn’t say so,” Mohan said. The trade analyst pointed out that Khan was already a brand. “I think he took about a crore for Akele Hum Akele Tum (1995)," he said. "He must have charged at least Rs5 crore for Ghajini.”

According to an article in Businesstoday.in in 2010, Aamir Khan was charging Rs20 crore per film, plus a share in profits. On the endorsement front, the superstar was charging Rs12 crore per advertisement. He is said to have done 15 commercials in 2009.

Harish Bijoor wasn't sure about a stark rise in Aamir Khan’s brand value, but said Khan impressed everyone with his intensity in this unique action avatar. He threw up an interesting analogy to support his point.

"With Amitabh Bachchan, it [the character] was always a black kind of person. For Ghajini, you needed a certain degree of intensity which was not over-essayed. Aamir essaying the role was perfect.”

Update, 27 December 2018: A statement by Harish Bijoor was wrongly attributed to Atul Mohan in the earlier version.