Sandeep Kulkarni’s Dombivli Return to be released in February 2019


The film is the actor's debut as a producer. He had clarified in 2014 itself that Dombivli Return is neither a remake nor a sequel to Dombivli Fast.

Actor Sandeep Kulkarni’s long awaited debut as a producer in the form of Dombivli Return will be finally released in February 2019. The Hindi film, which also stars Kulkarni in the lead, has been in the making since 2014.

Interestingly, Kulkarni’s rise to fame was the Marathi movie Dombivli Fast (2005), which became an enormous success at the box office and received critical acclaim too. The actor had clarified in 2014 itself that Dombivli Return is neither a remake nor a sequel to Dombivli Fast. The only common point in both films is Kulkarni’s character as a common man.

In a latest official statement, Kulkarni has revealed that both films have different genres. “Dombivli Return is based in today’s times. It tells the story of a common man from a simple, middle-class family. The film is a psychological thriller,” he said. 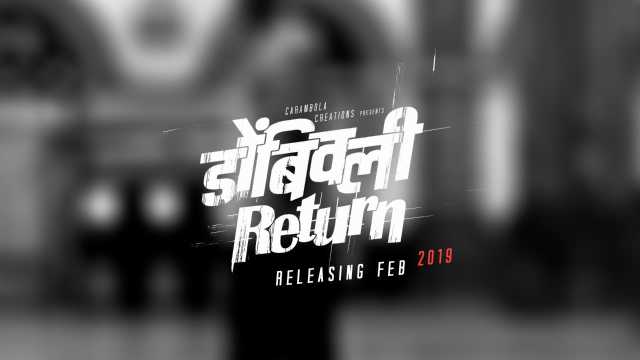 Dombivli Return is the first film under Kulkarni’s banner Karambola Creations, which he has established with his friend Mahendra Atole. “As our taste in cinema is similar, we decided to join hands and form this production house,” said Kulkarni.