The filmmaker also revealed that sometimes whether your film gets passed by the CBFC depends purely on luck.

Filmmaker Sridhar Rangayan is known for making films based on LGBTQ (lesbian, gay, bisexual, transgender, queer) issues. His latest, Evening Shadows, will be the closing film at this year's LIFFT India Filmotsav in Lonavala. Starring Devansh Doshi, Ananth Narayan Mahadevan and Mona Ambegaonkar, the film is about a gay man who faces family pressure to get married to a woman.

Sridhar finds that even in 2018 people have a lot of confusion over LGBTQ identities. “In India, and historically everywhere in the world, there is a lot of confusion about who are gays and who are transgenders. Especially parents think that if someone is a gay, he is a transgender person or a hijra; that’s the immediate association. For years we are struggling to break that,” he said. 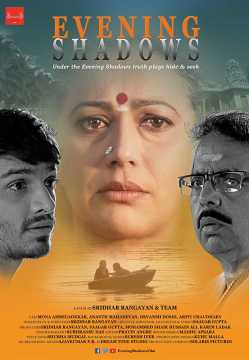 But Sridhar has seen a positive change over the years. “We are able to install the idea of what lesbian, gay, bisexual and transgenders issues are in a broader sense," he said. "Especially in metro cities there is a lot of awareness now.” He gives a lot of the credit to the internet and the media for helping LGBTQ people voice their opinions.

Sridhar also spoke about the importance of considering LGBTQ people as individuals. “I think it is important to see LGBTQ people as people. They have the same emotions. They go to work. They go to a cafe to have coffee. It’s not that they are always having sex. I think these stories need to come out,” he said.

Stressing that being gay is more about love than sex, he said, “It has not to do with sexual activity all the time. If I say I am gay, it doesn’t mean that I just have sex with a man but [it also means that] I love a man. I have this whole desire to be with a man. It’s love. It’s not just about sex. I think that is what is still missing. It’s still seen [only] as sexual activity.”

The CBFC has also been a hurdle. Sridhar’s movie The Pink Mirror was denied certification. “The CBFC denotes anything with homosexuality as adult content immediately. Whether it has intimacy or violence, if it is homosexuality it is adults. The Pink Mirror didn’t get certification. I applied three times,” he said. Thankfully, he has now been able to release the film on Netflix.

His experience with Evening Shadows was good though. “It got a U/A certificate. Finally the censor board understood my issue. They said it deals with homsexuality but it deals with a family too,” he said.

Sridhar revealed that at times whether a film gets certified or not depends purely on luck. “It depends on who are those four people on that day who will be reviewing your film. It’s almost that. For Evening Shadows I was lucky to have four wonderful people who came in to watch the film,” he said.

He believes that the portrayal of homosexuals is improving in Hindi cinema through films like Margarita With A Straw (2014), Kapoor & Sons (2016) and Aligarh (2016).

Update, 13 January 2019: The report was re-edited for consistency.