Naal composer Advait Nemlekar: It’s very important to know where not to give a background score


The young composer throws knowledge on the art of music composing and background music in film, TV and web series and shares his journey so far.

Music composer Advait Nemlekar has been working for a while now, but his biggest recognition so far came last month with the Marathi film Naal, for which he has composed a pleasing score.

The musical score of the film, directed by Sudhakar Reddy Yakkanti and starring Shrinivas Pokale, Nagraj Manjule and Devika Daftardar, has played a big part in creating a heartwarming effect.

In an exclusive conversation with Cinestaan.com, Advait Nemlekar spoke about the art of composing music and background music for films, television and web-series and shared his journey so far. Excerpts:

How did Naal happen? It’s your first Marathi film.

This is my first Marathi film that has been released. I did venture into two more earlier, but, unfortunately, they did not see the light [of day].

Naal happened by coincidence. I was doing a lot of projects with this senior gentleman. He is senior, but he is probably the youngest person I have met. He is director Shashanka Ghosh. He took a great liking to my work.

We did a show for STAR Plus [television channel] which was also not released. I had to finish the music for it in three days. When he heard the score, he was awestruck. Since that day, he has involved me in all the projects he has done.

For Veere Di Wedding (2018), he had already signed on someone. His talking is very quick. One day he said, "Advait, there is a film. You need to check this out. Chal, see you, bye." He just said the film had been made by the DoP [director of photography] of Veere Di Wedding, Sudhakar. He felt it’s a great subject and might interest me.

I had done Gujarati films before, which were quite successful. But I wanted to do something for my own people. My parents kept asking why aren’t you doing a Marathi film? Why do you keep doing only Gujarati?

Sudhakar said his wife happens to be the editor of the film and I can just check it. I had no idea what the film was about. The film started and the first name I saw was Nagraj Manjule. Then I saw the name of Devika Daftardar. She is also a very good actress. I was like, shit, these guys are there. And the kid was like, I was at a loss for words after I saw the film. 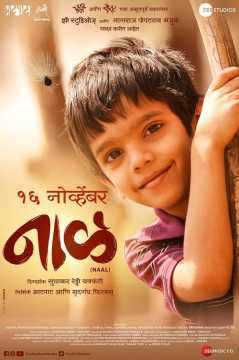 I felt that if they went with me as music director, I would be the next to work with Nagraj Manjule after Ajay-Atul. The second thing was, how would I do justice to the film? That was a challenge.

I went home and tried to calm myself down as I was embarking [on a project] with such great talent. I had a theme called Sumi’s theme. It became the tune for ‘Hey Darvayta.’ That is the theme the director and Nagraj sir loved a lot. After that, we went ahead and did the entire score for the film.

There is also this song, ‘Jau De Na Va’. How different was your approach for a children’s song?

‘Jau De Na Va’ is not my song. It was made by another composer who does a lot of television work for Zee. He was supposed to be the music director. But because his track didn’t suit the guys who made the film, I came on board. They just told me they had a music director earlier, but they didn’t like the route down which he was going.

I told Sudhakar I like this one track, when I heard the rough version. It had a beautiful groove to it. That became ‘Jau De Na Va.’

How challenging is it to score music for a children’s film?

I won’t term Naal a children’s film. It’s a film about a child, but everything else in the film is [for grown-ups]. I am surprised kids are loving it because we never projected it that way. We thought it is for more mature audiences.

To an extent, ‘Jau De Na Va’ gives you that feeling that it’s a children’s film. Something on the lines of Vishal Bhardwaj sir’s Makdee (2002).

The score, of course, had to have the simplicity of the character. Chaitanya is this kid who lives a very simple life. It is shown beautifully. Even if you are from the city, you can connect with that lifestyle.

At the same time, his mind is filled with crazy stuff and doing wild things like going in the lake and doing all kinds of mischief. He is a mischievous but innocent child. So we had to make something that was very simple. So we kept singular instruments like the piano. We used strings and larger instruments for those grander, bigger shots that were there.

We never knew Zee was interested in the film. We just knew it was going to visit festivals and get some recognition and get us on the map. We are amazed that it is doing well because we didn’t expect the massy audience to accept such a subject.

Do you always try to understand the characters and script for giving a background score?

Yes, totally. Shashanka sir told me once that a background score should be felt, shouldn’t be heard. The moment you start hearing a background score, it means the music director is not doing his job correctly. It can always divert your attention. But it shouldn’t be so overpowering that one doesn’t understand what is happening in the scene. That is one motto I went by.

The second thing, which is very, very important, is where not to give music. That is the most important thing for any background score. When there is a continuous background score going, you get tired. There is a limit to which your ears can take the music. Anything going beyond seven minutes will tire you. This is something I have personally noticed. I have come across a lot of films with too much background score which is not required.

This is seen so much in TV serials as well.

Serials, obviously, are a different ball game for music directors. I never want to come to a point where I do music for serials directly. You have to be an athlete. I call those music directors athletes. If you play a sport, you know how quickly to do it. And these guys who score music for serials are phenomenal. Hats off to them! They are able to create something so quickly and give it.

Unfortunately, I can’t do that. For me it takes time. By time I mean it takes me breathers to make music. Sometimes I give something I might not like, so I might approach it again. But in serials, by the time I approach it again, the track I made before has gone on air (laughs). You don’t really get much time in serials.

But I accept the fact that it’s their format and that’s the way they go about it. They have restrictions, especially daily soaps. You need a team of at least five or six composers working with you, or assistants, in order to deliver.

Have you ever done television?

Television is a medium which a lot of composers do just to run their households. If they are signed for 60 to 120 episodes, they are earning a certain amount per episode. They have this much amount coming by default.

But film is a risk. You are nowhere if your film doesn’t do well. I find more adventure in that because the director actually sits with you, brainstorms and figures out. It never happens in television.

In television you sometimes don’t even meet the director because they keep changing. They have a very different system of working, which is commendable. If a film person tries that, he won’t be able to do it. I would say TV is more difficult than filmmaking.

You have even scored the music for web-series like I Don’t Watch TV. Do you need to do anything differently for the web medium?

When I decided I don’t want to do television for the speed at which they work, luckily I was in an era where web was just coming up. My first show was Section 377. The experience was good because work on the web-series is very film-like. You are trying to make a film which is around 60 to 90 minutes. Then you sub-divide that into episodes.

The subject of Section 377, homosexuality, is very different from Naal. How do you adapt to such extreme change in subjects?

Did you always want to work in music?

I always liked the idea of being a big music director like, of course, the aim was AR Rahman. But at the same time I wanted to be cool about it because people are knowing you and listening to your song. That’s what I liked about music, that you have something you leave behind. At the same time you are anonymous as a person, unlike an actor.

I did one short film during graduation days. If I hadn’t done that, I wouldn’t be talking to you right now. It’s just when I realized I can probably do it.

My family had this small Casio. When I was a kid I once took it out and started playing a tune. When I saw my Chacha [paternal uncle] and parents staring at me, I started crying. But they realized this kid is interested in music, so let’s polish that.

They put me into shastriya sangeet [classical music]. But I had to stop after a year because he was teaching me songs, but when it came to theory, he pointed out that I was just three years old and couldn't read. He gave me a year’s break. He started teaching me with letters when I was four.

I had learnt letters before I went to the first standard. So when I saw Hindi I started getting irritated thinking how dare Hindi speak the language of music (laughs).

What was your parents’ reaction when you decided to make music your career?

Oh, Dad was super pissed! See, music was there in my family. It’s just that nobody had done it professionally. My father said he can’t be a godfather and help me. He was helpless. He felt I would be reduced to playing the harmonium on the streets because I would not be earning any money (laughs). I explained that it is not like that; it’s way different. Luckily I had the contacts so I knew I will at least get work.

It is my mother who completely believed in me. She was the one who would sit after her work with stereo player and teach me songs. She was the first director I worked with. She didn't know much about music but somehow guided me to the right path and would make me hear music differently. I owe my musical career and achievements entirely to her.