The family drama is being co-produced by Roy Kapur Films and RSVP. Filming will later move from Mumbai to Delhi, London and the Andamans.

Photo: Instagram/@priyankachopra
give your opinion

Director Shonali Bose’s next production, The Sky Is Pink (2019), begins filming today in Mumbai. Actress and star Priyanka Chopra has also come on board as a co-producer with her banner Purple Pebble Pictures. She will share the screen with her Dil Dhadakne Do (2015) co-star Farhan Akhtar and Secret Superstar (2017) actress Zaira Wasim.

The family drama is being co-produced by Roy Kapur Films and RSVP. Filming will later move to Delhi, London and the Andamans.

I’m so excited and happy about today..Some stories just need to be told. In the spirit of Aisha Chaudhary and her incredible parents Aditi and Niren we bring you our tentatively titled super special project The Sky is pink. Going on floors today. God Speed. ðÂÂÂÂÂÂðÂÂÂÂ½âÂÂ¤ï¸ÂÂðÂÂÂÂÂÂ @rsvpmovies @roykapurfilms @faroutakhtar @shonalibose_ @zairawasim_

The National Award-winning director, Bose, was keen to begin on her third film. “This is a film that is extremely close to my heart and I am glad to have such a stellar team on board. This is a dream star cast and I have found the best, most supportive producers in Ronnie and Sid [Siddharth Roy Kapur]. I am looking forward to a great journey ahead and hoping to give our audiences a truly memorable cinematic experience.”

The director was referring to producers Ronnie Screwvala and Siddharth Roy Kapur who have previously worked with Chopra on films like Fashion (2008), Kaminey (2009) and Barfi! (2012).

Roy Kapur, in a statement revealed the drama was due to be released in the first half of 2019, “It is exciting to begin Roy Kapur Films’ first production with a story as special as this one, and to collaborate on it with RSVP and Ronnie, who has been a mentor to me throughout my career. We are also happy to take forward our long and successful association with Priyanka, and to have her production house Purple Pebble Pictures as a co-producing partner on the film. I’ve always admired Farhan [Akhtar] as an actor, and I am thrilled that he is playing a part that is tailor-made for him. It is also great to have the immensely talented Zaira [Wasim] on board, after collaborating with her on her first film, Dangal (2016). I am sure that Shonali’s unique vision will be brought to life beautifully by Priyanka, Farhan and Zaira.” 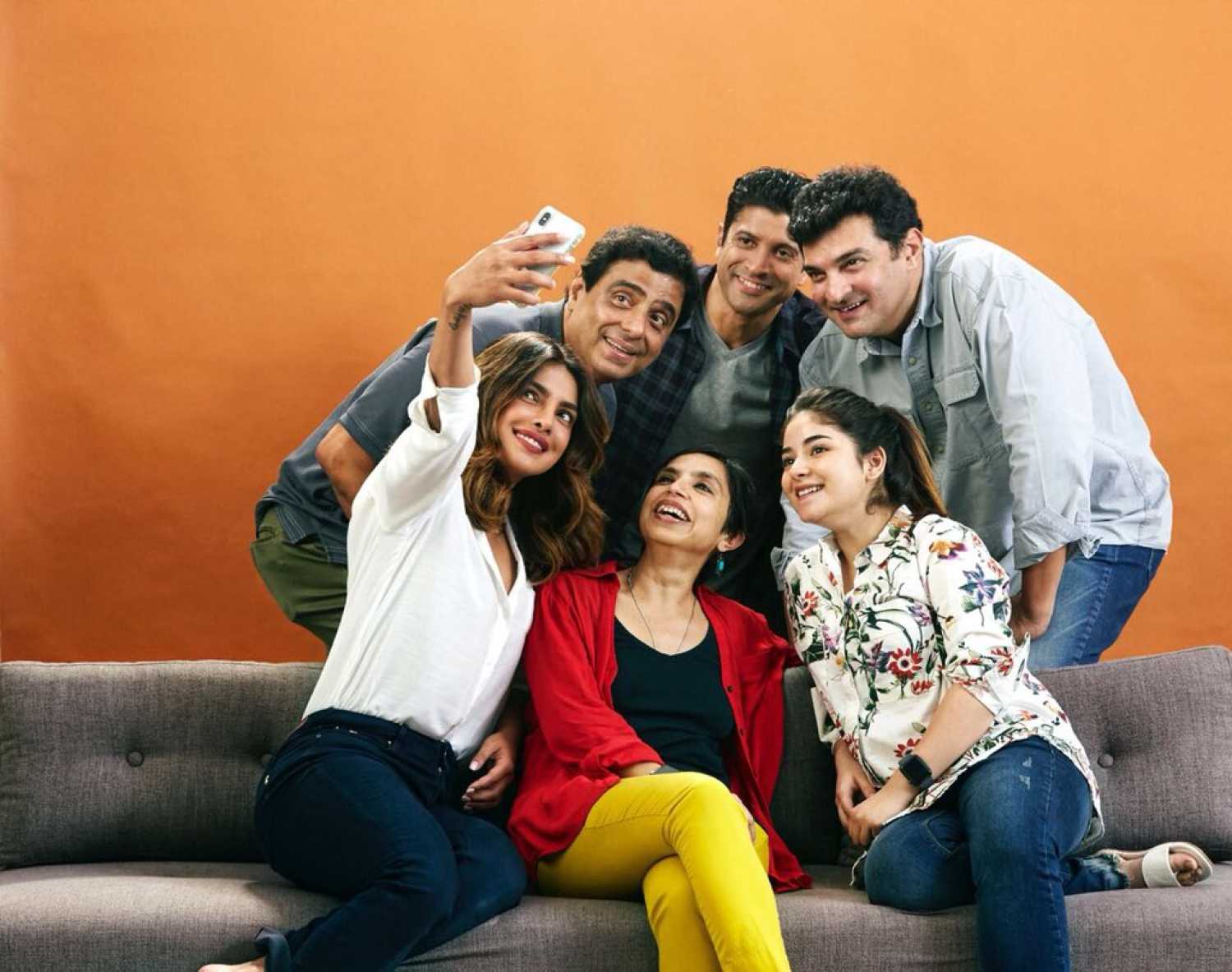 Screwvala commented on the film’s story, based on the life of late teenager and motivational speaker Aisha Chaudhary. “Strong scripts based on true life stories are rare and then having the perfect team is rarer. This is going to be a very special movie and having Shonali, PC [Priyanka Chopra], Farhan and Zaira together, I can’t wait for 2019 to see it come alive,” he said.

Chopra, who is also a co-producer, stated the film was very special to her.

“As soon I read it, I knew I had to be a part of telling this story, so I’m wearing two hats on this one, as an actor and as a co-producer. In both aspects, I am equally excited to work with the amazing team of actors and technicians we have on board. Shonali is a formidable filmmaker and I can’t wait to see this story unfold in her expertise. I’m looking forward to working with Farhan, Ronnie and Sid again. All in all, it’s a great homecoming,” the actress said of her first Hindi film in two years.

Her co-stars Akhtar and Wasim also commented on their excitement of being a part of The Sky Is Pink. Akhtar said it was “a beautiful story” while Wasim said she fell in love with the story when Roy Kapur and Bose narrated it to her.

“It is a character that touched my heart and I am honoured to be playing this role. I am looking forward to working with Farhan and Priyanka,” Wasim said.

Written and directed by Bose, the Hindi dialogues are written by National Award-winning writer Juhi Chaturvedi, while additional dialogues have been by Nilesh Maniyar. Music composer Pritam will be scoring the music of the film after a year-long self-imposed break.