The 94-year old passed away in the evening hours of Tuesday.

The former chief minister of Tamil Nadu and head of the Dravida Munnetra Kazhagam (DMK), Muthuvel Karunanidhi passed away due to multiple organ failure in Chennai today. He was 94.

Karunanidhi was admitted to the Kauvery Hospital in Chennai earlier last month after complaining of a drop in blood pressure. However, on 31 July, the hospital suggested that the veteran’s health would require an extensive examination. While he had shown an improvement in health over the week, he went into a critical state late on Monday evening.

On Tuesday afternoon, the hospital issued an alert suggesting the 94-year-old’s health had seen a ‘significant decline’ and that ‘despite maximum support, his vital organ functions continued to deteriorate’. 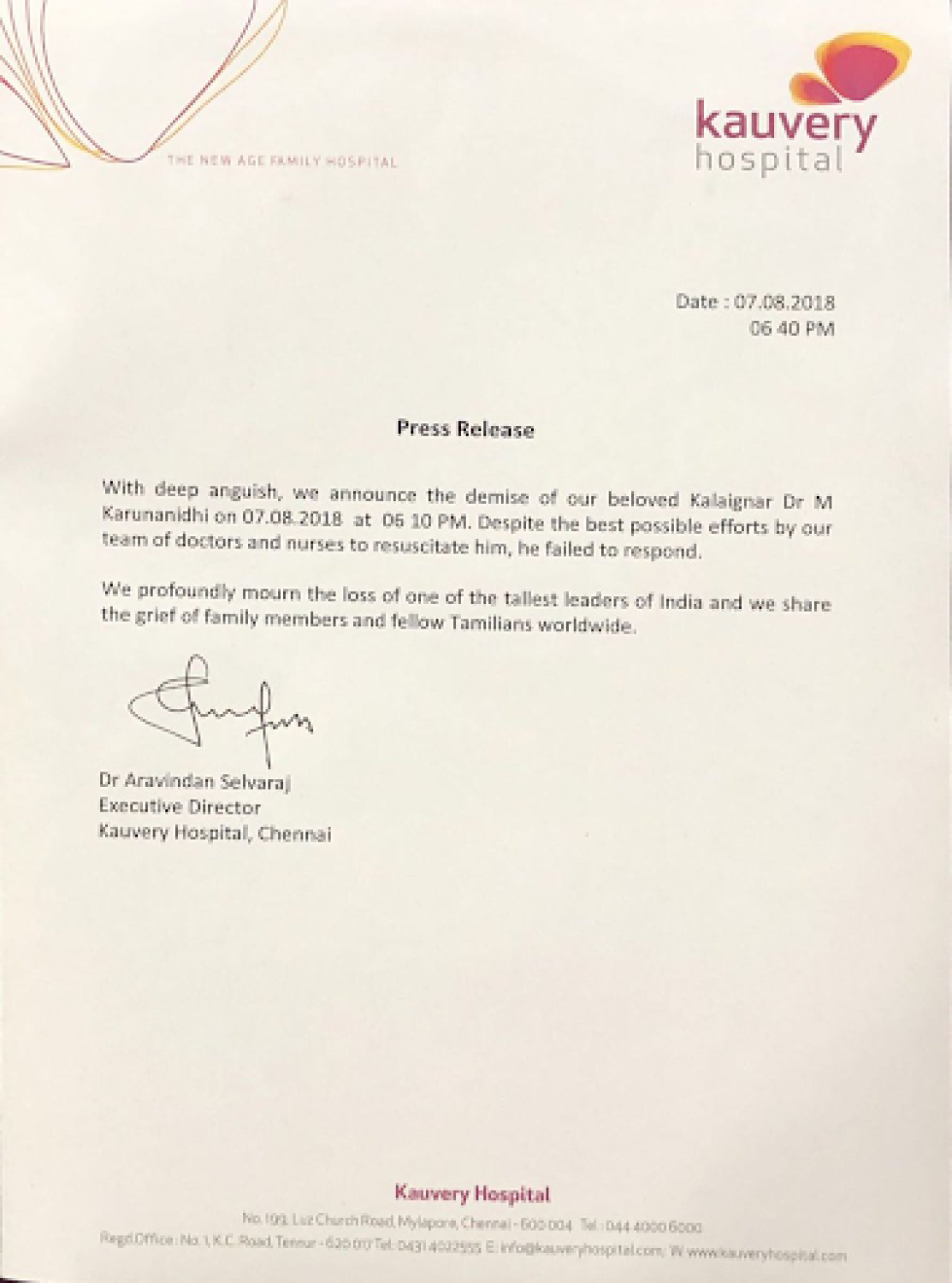 His demise was formally announced at 6.10pm.

The DMK chief had not been keeping in good health since October 2016, when he had a tracheostomy to help him speak.

Several senior DMK leaders including MK Stalin, Kanimozhi were present at the hospital when he breathed his last.

Born on 3 June 1924, M Karunanidhi was one of the last leaders of the Dravidian movement in Tamil Nadu. Having risen from editor of the DMK newspaper, Murasoli, to become treasurer of the party under CN Annadurai in 1961, he rose to the position of the head of the party following Annadurai’s death.