While the actress, who has taken over the directorial duties, insists there was no showdown between her and the actor, she has stated that Sonu Sood refused to work under a female director.

With less than five months to go for the release of Manikarnika: The Queen Of Jhansi, actor Sonu Sood has left the project. The actor was playing the Peshwa ruler, Sadashivrao Bhau in the historical film directed by Krish, but couldn't provide dates for the ongoing shoots for the feature. He is also a key part of Rohit Shetty's Simmba (2018), starring Ranveer Singh and Sara Ali Khan, which is currently under production as well.

Producer Kamal Jain, in a statement, said, "Our team is totally focused and dedicated to finish the patchwork shoot to complete the film on time as our release date of 25t January 2019 is set in stone. The post-production and VFX is going on in full swing and as well as the balance and patch shoot. I have utmost respect and love for Sonu and he is like family to us. With a heavy heart, we have mutually decided to part ways due to his date unavailability. He is a thorough professional and have his dates committed to Simmba which is also releasing in December. I would love to work with him in the future again.”

This is the second time this week that the film has come under controversy. Actress Kangana Ranaut has stepped in to fill in for director Krish, who had to move on to the upcoming NTR biopic in the south starring ‎Nandamuri Balakrishna‎ and ‎Vidya Balan. Ranaut, who plays the lead role, is fulfilling the directorial duties on the film for now.

The actress refuted reports that Sood left the film because of a showdown with her. Ranaut spoke with Pinkvilla.com about the actor's exit and said, "Sonu and I haven’t even met since the last shot with Krish last year. He is busy filming Simmba. He couldn’t even give us tentative dates to match combinations with other actors. The producers showed him the film and writers narrated the patchwork to him. He refused to meet me. He vehemently denied to work under a woman director, which is kind of amusing because Sonu is a dear friend and I have even launched the music of a film that he produced at his request. Even though the team suggested that they have full faith in me, it seems, Sonu had neither dates nor faith."

She went on to say that the team also lost out on their second option, actor Zeeshan Ayyub.

"And when I last spoke to him, he suggested that I can go ahead with someone else and when I narrated the script to Zeeshan Ayyub, he called the studio and gave the dates. By that time, it was too late as Zeeshan gave me dates for September. Now I hear I had a showdown with him. When I never met him, never directed him, when did I have this showdown?”

All of Sood's scenes in the film will have to be reshot. The actress indicated that Sood had coloured his hair making it harder for continuity.

“Yes, none of the portions he has shot before will be used because he has spiked hair with gel. So, the new team of DOP, editors and our writers of Manikarnika have discarded those scenes. I have to shoot all of that anyway. So, it’s easy to get another actor on board. Who keeps spiked hair for a period film?”

Additionally, she told the online outlet that she did not conspire to have his scenes removed from the film.

“He himself wrote his scenes of Kushti like Dangal (2016) which were never in the script. He and director [Krish] shot a lot of stuff which was never in the script and writers discarded those. Is it my fault? Am I writing the film? He wanted the producers to retain the kushti portions as he made the body for it for 4 months. How did I know that is happening behind my back. When writers saw the film, they said they don’t want it," she explained. 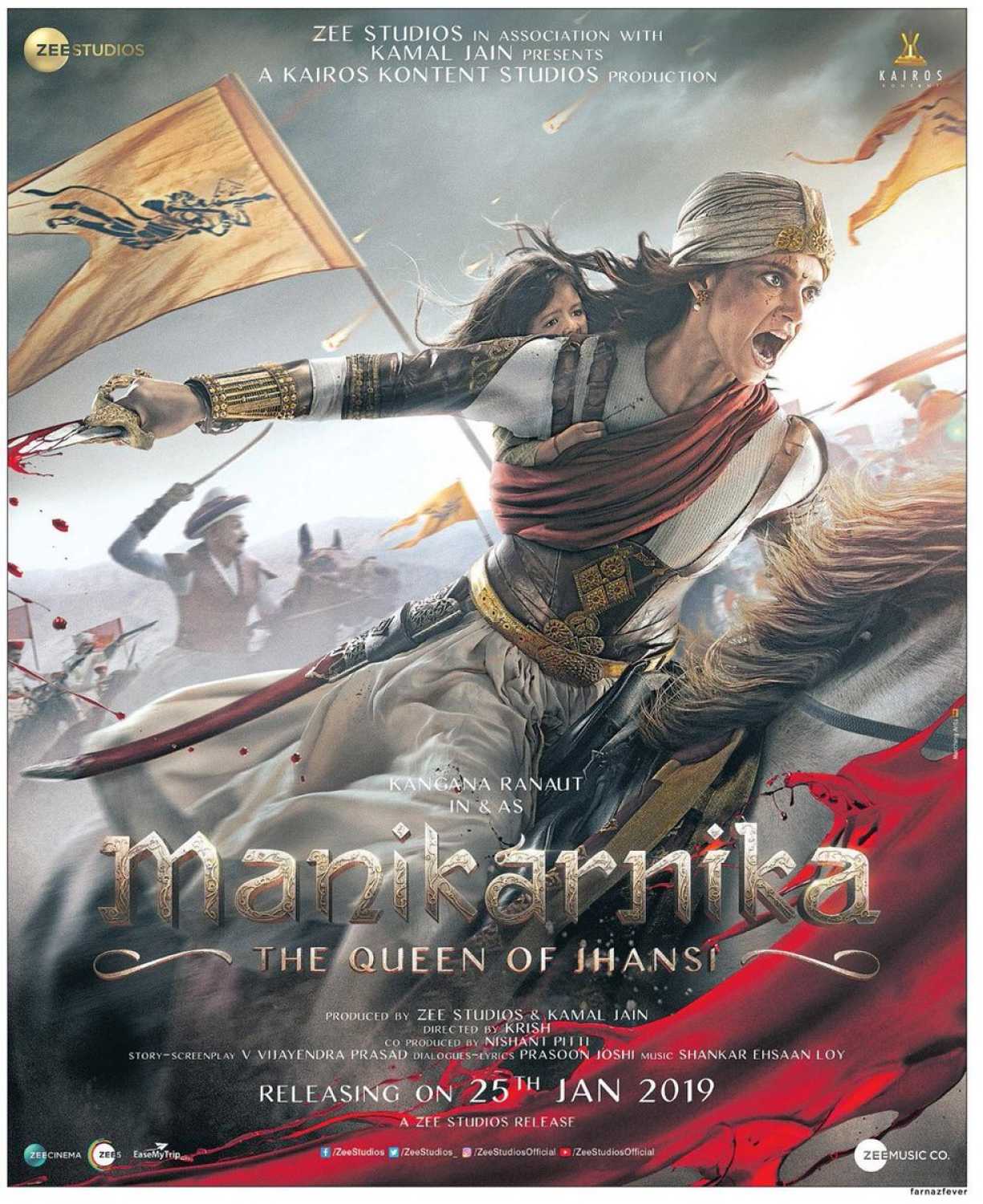 The actress said she was working for the benefit of the project and didn't have any agenda on set.

“One more thing, I never asked anyone to put my name on clapboard it’s [the] AD’s [assistant director's] business. Person on the floor is in charge, [and] is answerable for many things that must have been the idea but constant attacks while I am going through a difficult phase is not acceptable. I am just a slave in Manikarnika‘s hands I am doing this only for her. I have made it clear to everyone," the actress added.

Meanwhile, a spokesperson for the actor, responded in a statement, "Sonu has always been a thorough professional and honoured all his commitments. He had informed the makers of Manikarnika about his dates and schedule well in advance. Inconveniencing the team of his current film, to accommodate the demands of another are against his professional principles. Sonu has taken the higher road ahead and wishes the team of Manikarnika all the best."

The long-delayed feature, written by V Vijayendra Prasad, was originally set to be released in April. But on-set injuries, historical inaccuracies and protests have marred the production. Manikarnika: The Queen of Jhansi is due to hit the screens on 25 January 2019.