Karanvir Bohra on grandfather Ramkumar: He had a dream of being an actor too


The actor and grandson of the late filmmaker spoke to us on the occasion of his grandfather’s 90th birth anniversary which was on 2 August.

Hopefuls from all over India take the journey to Mumbai to make it big in the film industry. Filmmaker Ramkumar Bohra was one such young man who arrived in the city of dreams in the 1940s with his brother Shreeram from Rajasthan. Together, they founded the Bohra Bros film banner in 1948 which is active even today.

Ramkumar’s grandson, actor Karanvir Bohra, spoke to us about his grandfather’s early struggles in the film industry and the memories he carries with him of the great man. Karanvir began acting with the television series Just Mohabbat in 2000 and has been a part of successful shows like Kyunki Saas Bhi Kabhi Bahu Thi, Kasautii Zindagii Kay, Qubool Hai and Naagin 2. He has acted in the Hindi films Kismat Konnection (2008), Mumbai 125 KM (2014) and Patel Ki Punjabi Shaadi (2017).

“I have a memory that’s etched in my heart forever. I was fortunate enough to be with him until I was the age of 13 and I remember him to be this gigantic human being. He was 6’ 1”, but for a toddler, he’s like a giant. Not only in terms of the height, but also in stature and the position that he held,” Karanvir said.

Ramkumar’s elder brother Shreeram arrived first in 1947 to Mumbai (then Bombay) and asked his younger brother to join him.

“He called his younger brother and said, ‘I need you’. My granddad was a little afraid what [their] mom and dad would say. [Shreeram] said, ‘I will handle it, don’t worry. Just run away from home'.”

Their last name was changed to Bohra from Vora, when they came to Mumbai and the brothers took a risk and got into the filmmaking game. However, lady luck was not on their side for their first film, Lachak (1951) starring Geeta Bali.

“They made their first film which flopped so badly that they ran out of money and were out on the streets. They went back home and got a beating from their parents. [They] tried to collect some money, sold some jewellery belonging to my grandmother and they came back.” 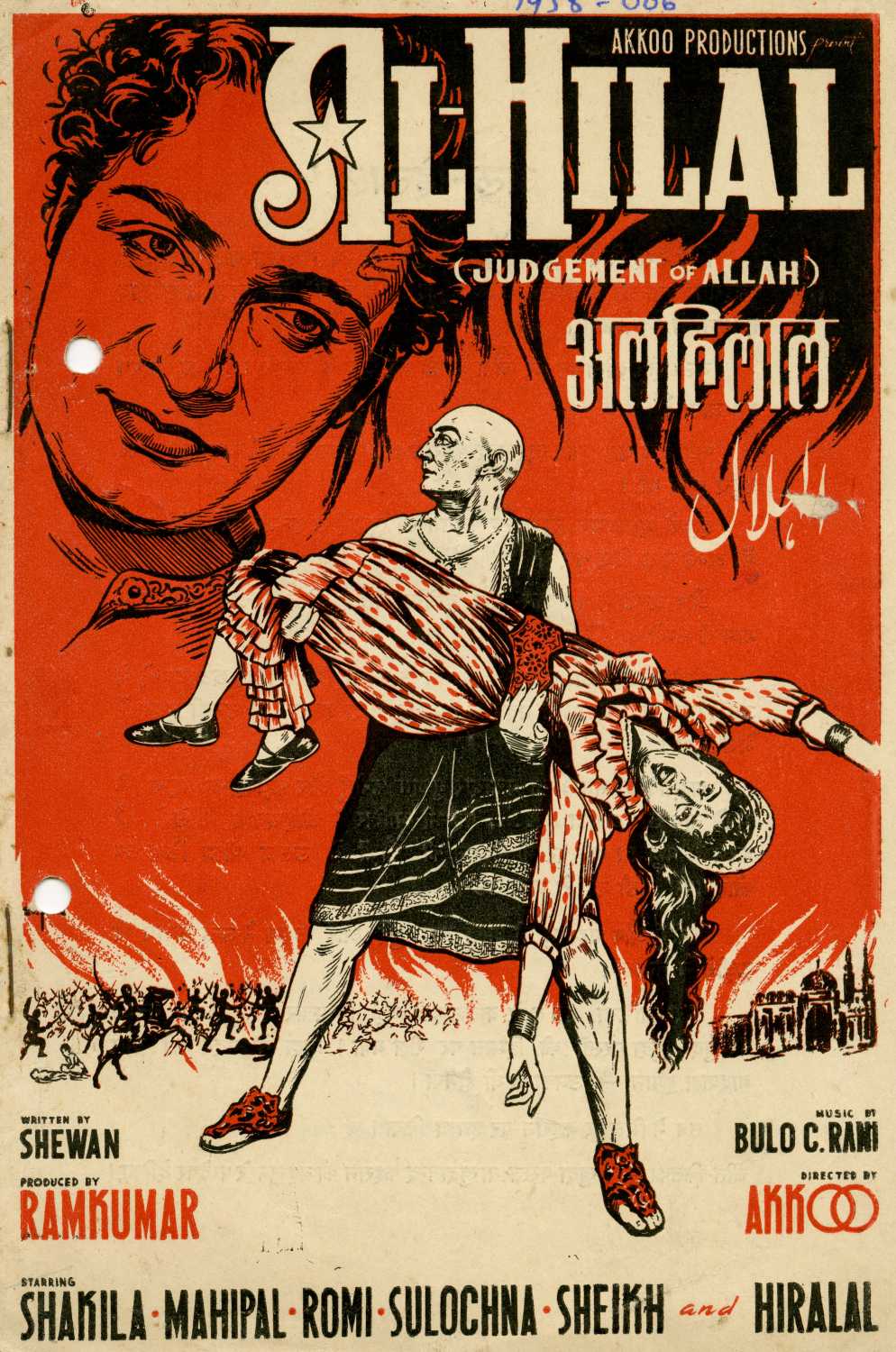 Thankfully, their film Al Hilal (1958) featuring the famous qawwali by Bulo C Rani, 'Humein Toh Loot Liya' was a success. Their banner was known for a certain kind of period fantasy films that appealed to audiences. Karanvir noted that his grandfather was the one who brought Dara Singh back from Punjab for their film Hercules (1964).

“My grandfather went back to Punjab, convinced him to come back and [told him] there will be no looking back, I guarantee you. The first film when he came back was Hercules (1964). That was a hit. That was the time, that was the era of such movies. There was one section, the Guru Dutt section that used to make these kind of emotional romantic movies and then there was this one section, like my granddad, who made these fantastical journey movies.”

When he was young, Karanvir remembered going on the sets of Naag Nagin (1989) where Ramkumar was the director.

“But I was always a little scared of him – [he was] too terrifying and too dominating. But what I remember is every time he would come to the office in Famous Studios, Mahalaxmi, he would always come with a Dairy Milk in his pocket. Two Dairy Milks actually, one for my sister [Meenakshi] and one for me. I have such a distinct memory of that,” he recalled. 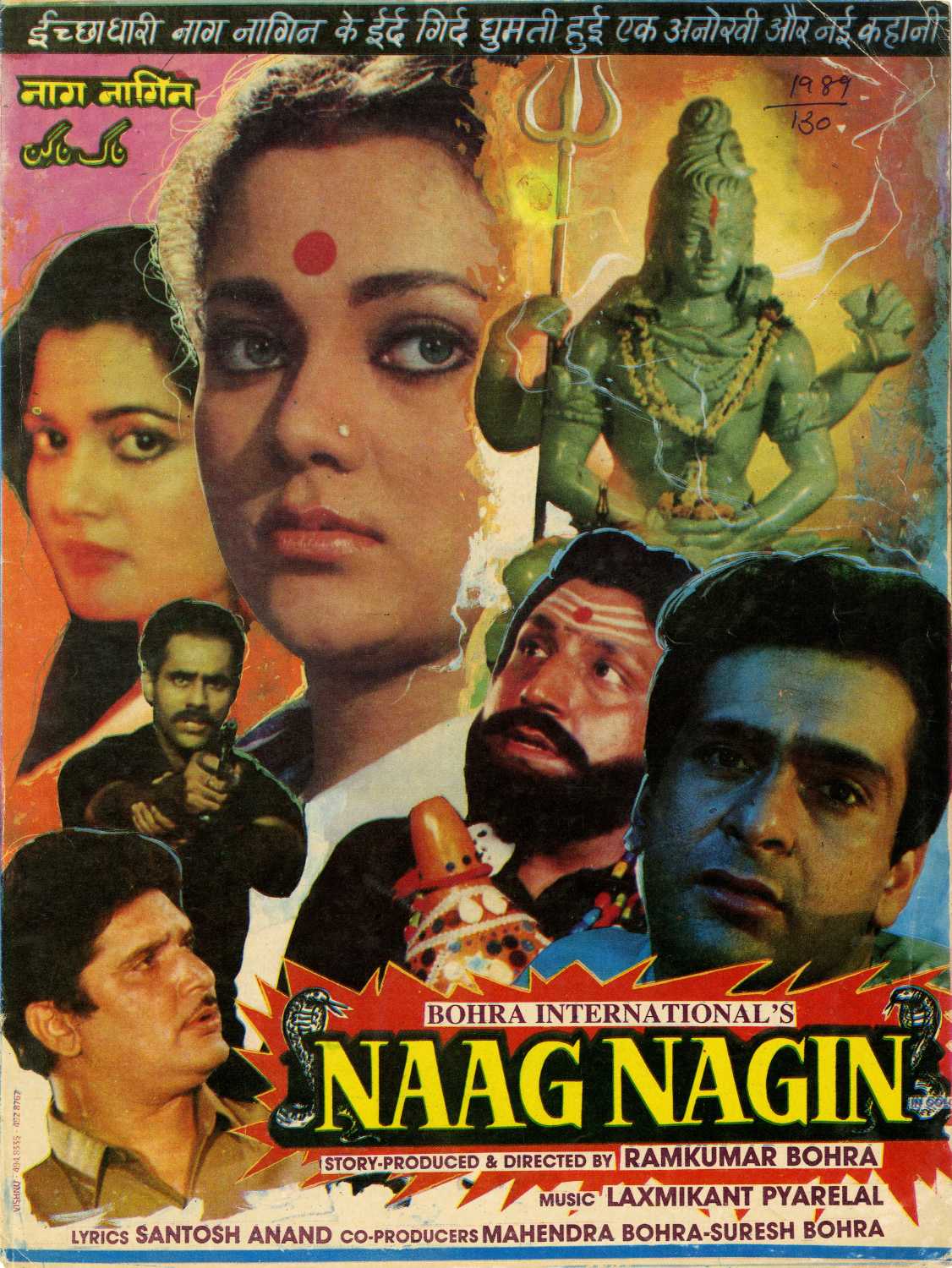 He went on to say that his father Mahendra and grandfather were very close. He and my father had a tremendous working relationship. My father was his right hand. Whatever work needed to be done, my dad would execute it to the T. They were so involved with each other that I think they forgot about me,” he laughed and said.

Ramkumar was a cool grandfather who collected cars, but even had a mini-bus.

“[It was] a 21-seater mini-bus. We used to stay at Cuffe Parade at that time and in our building, the bus was [parked] behind. The mini-bus used to be for shooting, but we would go for picnics every monsoon. Every monsoon, he would take us to Borivali National Park or Alibaug or Mahableshwar in that mini-bus. I have really pleasant memories of him.”

Karanvir also shared that his grandfather would have been very pleased that he became an actor.

“Oh man! Everybody in my family says, if your grandfather was alive, there would be nobody as happy as him. He had a dream of being an actor too. My entire family – we’re into producing movies, we’ve got our own theatres and post-production studios. Nobody’s an actor, I’m the only actor. He did act in a lot of movies. My dad had produced a film called Jai Hanuman (1984), he played Ravan. He had that personality too, really terrifying. He acted with Dara Singh in Thief of Baghdad (1969). He was a little conscious actor and he just didn’t let himself go in terms of giving yourself up to creativity. He was more of a businessman. If he would have seen me today, I would have been his blue-eyed boy,” he exclaimed.