Manish Vashisht, Ashish Chaughule and Nittin Keni
give your opinion

Despite their growing global appeal over the past few years, Marathi films have not received their due in international film markets. Lack of a proper distribution chain is a major reason for this.

To improve the situation at least in the United States and Canada, industry veteran Nittin Keni and seasoned television professional Manish Vashisht have formed Filmidesh and joined hands with Ashish Chaughule, president of the Bruhan Maharashtra Mandal in the US.

"BMM is partnering with Filmidesh to take Marathi cinema overseas in a proper, organized way," Chaughule told Cinestaan.com. "Marathi cinema has not been that dominant in the overseas market. There is no organized or structured way to bring Marathi cinema there. So, there was clearly a need gap. Our initiative is that we should have regular screenings. Starting with the US, we want to go to other countries also.”

Explaining the plan, Chaughule said, “Every month we will identify two latest releases for the audience. Our first two releases are Savita Damodar Paranjpe and Take Care Good Night. We wish to take movies there in a week or two after they are released here. Else it happens after a month or more.

"But we want to streamline it. We have tied up with cinema chains. We are doing it in a structured, organized way. It is like a long-term association with the cinema chains.”

Vashisht said Marathi films have been screened in the US before but not in a "structured" way. “People have done it in bits and pieces," he said. "That is done by local promoters in the US. They reach out to the producers who organize a few shows. But a structured way like this has never happened with Marathi. It has happened with other regional cinema like Tamil and Telugu. We hope after this people will say Tamil, Telugu and Marathi.” 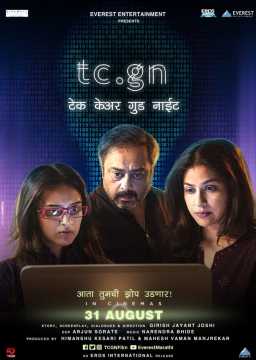 About the relevance of tying up with BMM, Vashisht said, “They have a large follower base. They have a lot of mandals as chapters. They have around 65 of them in the US and Canada. Each mandal has its own membership. Their objective is to promote Marathi culture and being Marathi.”

Keni said it is possible to carry out such an initiative due to technological advancement. “It’s a huge country where Marathi people are dispersed," he said. "So, it is difficult to address them in the normal, conventional method. They used to do single shows — one here, the other somewhere else. Now we have the technology to address the dispersed Marathi community."

The commercial success of Marathi films in recent years has also made this possible. “Marathi cinema has emerged as a strong economic force only in the last four years," said Keni. "When did Marathi cinema touch Rs100 crore before Sairat (2016)? It started with Duniyadari (2013), which earned Rs25 crore and went on to Sairat with Rs100 crore. So, this brought in these opportunities.”

Choughule said it was only by the turn of the millennium that Marathi films began to be taken seriously in America, when Bindhast (1999) and Shwaas (2003) were appreciated. "Only after this, people woke up," he said. "Earlier they didn’t feel the need to watch Marathi films on the big screen. They used to wait for the VCD or DVD. We had organized shows of Shwaas throughout the US and Canada for awareness and fundraising. People realized that Marathi films should also be watched in the theatre.”

As a number of Marathi films are released every month, sometimes two or three in a week, the selection process will be a challenge. “There are so many Marathi films being made," said Chaughule, "that it is a task to narrow down to films that the Maharashtrian population in America would like to watch. The same is the case with plays. You cannot bring just every play to North America.”

He said they have kept in mind the young Marathi as well as foreign audience. “The next generation isn’t that well-versed with Marathi," he said. "They learn somewhat in school. But they always ask if the films have subtitles."

Citing an example, he said, “We showed Dr Prakash Baba Amte (2014) in 26 cities in the US and Katyar Kaljat Ghusli (2015) in 30 cities. The response was tremendous. In one show, a number of American doctors were amazed to see the struggle Dr Amte went through.”

Keni has also kept promotions and anti-piracy goals in mind. “We will promote the films in the media," he said, "so it will be done in an organized and professional way. And we will do it by buying the rights. We won’t resort to hanky-panky. This will be another revenue option for the producers. We will take action against piracy because we have the rights.”

Phase two of this move to popularize Marathi cinema in North America is to "bring our own platform through an app," said Vashisht. "It will have a library of movies and video on demand. The two movies released in theatres over there will then come on the app.”

Keni added, “There will also be a library of best films and classics along with plays and TV shows. There is also e-shala where Marathi will be taught to people residing in the US.”

Marathi stars promoting their films in the US is also not far-fetched, according to Chaughule: “We will organize a film festival and call one artiste to talk about one movie. So that gives another forum for the producers and directors to reach out and perhaps talk about their future plans also.”

He added that the ultimate aim is to take Marathi cinema to the level of Hindi in the US. “Around 25 years ago, they couldn’t afford normal theatres in the US for Hindi films," Chaughule said. "I saw Karan Arjun (1995) by travelling in the snow at 12 midnight. They had given only this one show. Today, Hindi cinema is so structured there. I feel the same structure will follow for Marathi.”

He also appealed to Marathi directors and producers to create movies with global appeal. "Then your prospects for worldwide release will improve," he said.