Don’t think my films can be categorized into a particular type: Srijit Mukherji


In a candid chat with us, Mukherji shares his views on and experiences of working on his upcoming films Ek Je Chhilo Raja and Shah Jahan Regency.

National Award winning filmmaker Srijit Mukherji is one of the few directors who have given Bengali Cinema a new shape with diverse contents and cinematic experiences. Mukherji became actively associated with the theatre circuit in Delhi while he was working there as an economist and a statistician. He acted in and directed various plays until he formed his own troupe Pandora’s Act in Bangaluru in 2008. Their first production Feluda Pherot, first ever non-canonical dramatization of Satyajit Ray’s Feluda was a runaway success.

Most of his films since then, including, Baishe Srabon (2011), Hemolock Society (2012), Jaatiswar (2014), Chotushkone (2014), Rajkahini (2015), Zulfiqar (2016) and Uma (2018), have received positive reviews and were commercial successes as well. He received four National Awards for Jaatiswar at the 61st National Film Awards and two National Awards for Chotushkone at 62nd National Film Awards.

In a candid chat with Cinestaan.com, Mukherji, shares his views on and experiences of working on upcoming films Ek Je Chhilo Raja and Shah Jahan Regency. Excerpts.

What inspired you to make a film on Bhawal Sanyasi court case?

It is very difficult to state a single reason. I heard the story of Bhawal Sanyasi from my grandmother and have been very fascinated with it since then. A king returned from the clutches of death and then there was a confusion regarding his identity – whether he was the real king or not — involving conspiracy, palace politics and intrigue.

Also, it was set in the British period and the British rule played an important part in it. In short, the historical court case is far more fascinating than a fairy tale or a fictional story and is a very potent material to make a film on. Then I read Partha Chatterjee’s A Princely Imposter? The Kumar of Bhawal and the Secret History of Indian Nationalism, and Dead Man Wandering: The Case that Shook a Country.

Is there a contemporary relevance to the film?

Maybe there is a contemporary relevance in terms of self-governance in a broader sense, but the film is primarily a period drama and a court room thriller.

You have made three period films Jatiswar, Rajkahini and Begum Jaan (2017). Why do you have a fascination for period drama?

I like history. There is a famous quote by Vivekananda: 'Otiter Gorbhel Bhobisyoter Jonmo', meaning 'in order to know your present and future you need to know your past and need to learn from it as well'. I like to explore that idea through my films.

Your films are generally on a large scale and involve a lot of drama.

See, I really don’t think that my films can be categorized into a particular type. Since Autograph, I have made films of almost every genre. Yes, some of my films are multi-starrers and are made on an epic scale. At the same time, there are films with less characters and an intimate storyline. I think I like to make films on varied themes and cover the spectrum of stories that can be narrated.

Why did you want to adapt Sankar’s Chowringhee into contemporary scenario as Shah Jahan Regency?

Again, Chowringhee remains one of my favourite novels. When I read it first, it left an indelible impression on my mind and made me fall in love with my city. Sankar was very popular in our house and I started reading his works with Chowringhee. So, it was kind of my first love.

Filmmaking for me is also going back to my roots and rediscovering my first loves. I wanted to reinterpret Chowringhee in today’s time. It is not the post-colonial Calcutta of the 1960s anymore. The hoteling industry of this city and the city itself have changed manifold in the last decades.

How differently are you going to present Kolkata through the film?

It is not a period film. Chowringhee, the novel is set in 1960, but my film is not. It is a contemporary drama that looks at Chowringhee through the magnifying glass of the cityscape of 2018.

How has been the experience of shooting the film?

It was fantastic. It was fantastic to work with Abir [Chatterjee] again and also with Param [Parambrata Chatterjee] after a long break. In fact, after a long time my film neither has Prosenjit Chatterjee, nor Jisshu [Sengupta], both of them are my favourite actor-stars with whom I share a very comfortable working rapport.  It was great working with my favourites Anirban Bhattacharya, Rudranil Ghosh. Also, it was a special feeling to work with Anjan Dutt and Aparna Sen, whom I have assisted earlier in my career.

How has been the experience of directing Aparna Sen?

I have directed her in Chotushkone (2014) before. It has been quite interesting as usual.

We have seen Anjan Dutt and Jisshu Sengupta in your films again and again. Why do you think they like to work with you repeatedly?

See, it is all about comfort zone. I think actors and directors are like husband and wife, they have the comfort zone between them to produce something worthwhile. I share that kind of bond with these actors but that doesn’t mean I don’t share comfort zone with the others.

However, it is primarily due to the theme selection and the kind of characters that I have written, I have ended up working mostly with Bumba da [Prosenjit Chatterjee], Jisshu and lately Anjan Dutt.

A lot of actors say that you lose temper on the sets. Why do you need to do that?

I need to do that because many actors don’t do their lines or prepare their characters before coming to the sets. Yes, I get a bit irritated with these petty issues because I expect a professional unit to take their job seriously. 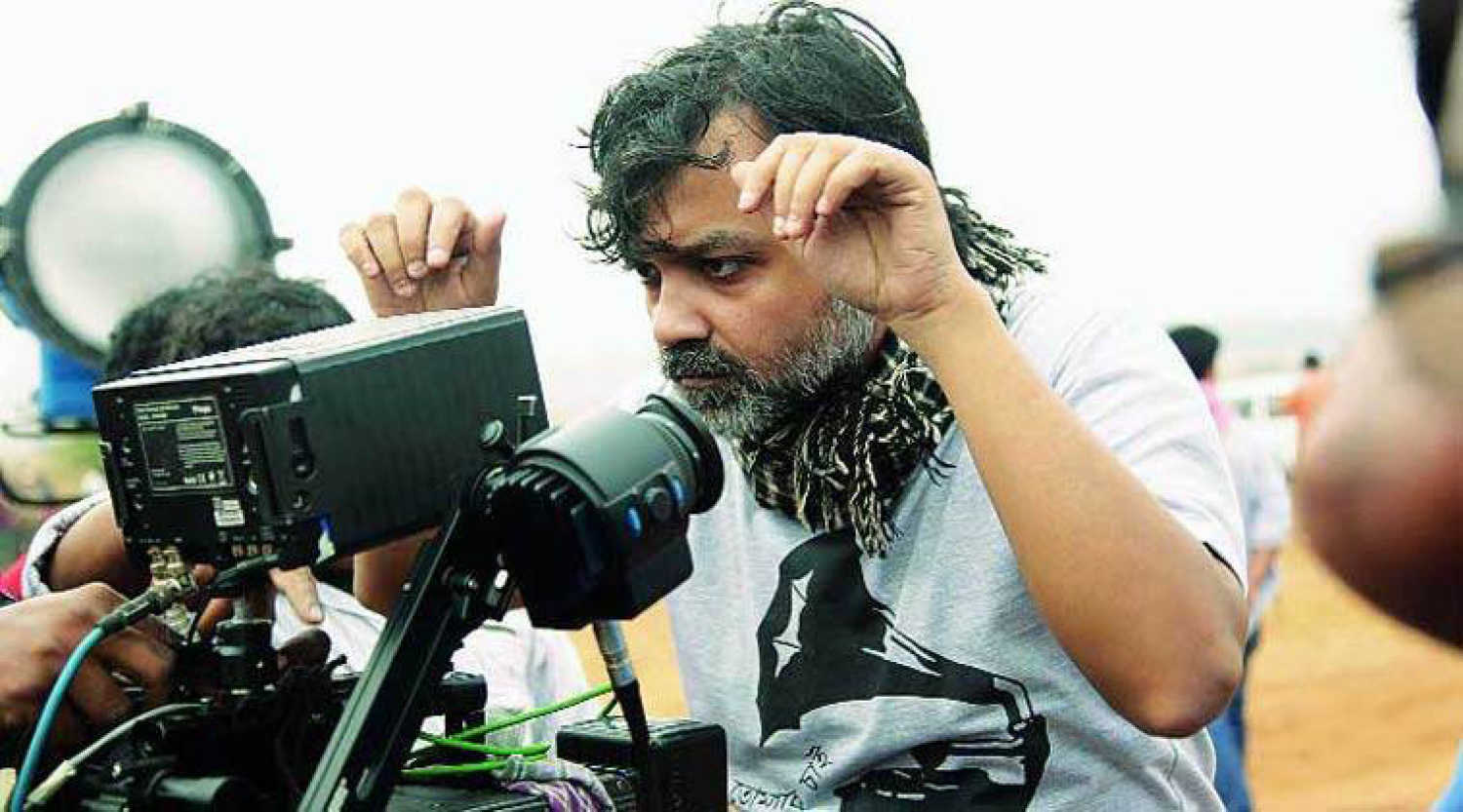 Of course, we have fun and I participate in adda [a friendly gathering] while shooting. But as a director I think it is my job to know how the compositions of the scenes and the acting pitch will be before the shooting begins. If the actors take these things casually, I lose my cool. However, now, since actors have become aware of this, they do come prepared on my sets. I don’t get the opportunity to lose my temper much these days.

You are one of the most important filmmakers of Bengali cinema today. What do you think about that?

Do you think you have carved your own niche?

To be very honest, I don’t think about such things. Maybe, I will think about it when I retire, in 25-30 years, if I am alive.

You said that you are very much interested in making films for the digital platform. Are you currently working on any project?

I am currently working on two projects for the web. One is a series on twelve stories by Satyajit Ray in Hindi for Viacom and another is on Arnab Ray’s Mahabharata Murders for Junglee Pictures.

Recently, you penned the lyrics of the title track of Pratim D Gupta’s Ahare Mon (2018). How was the experience?

Actually, I started off as a lyricist. I was writing lyrics before I became a director. I have written for Madly Bangali, Iti Mrinali, Le Chakka (2010), Cross Connection (2014) and other films as well. Neel (Neel Dutta) is a dear friend of mine and we previously collaborated in Maach Mishti & More (2013) and the song became quite a hit. Our combination is very potent and nice. Also, Pratim is a dear friend of mine. So when both Pratim and Neel wanted me to write the lyrics, I felt honoured.