The Punjabi singer and actor is delighted to make his Hindi film debut with his favourite actress.

Over the past two decades, if there is one community that has been a favourite of Hindi filmmakers, it must be the Punjabis, though how authentically they have been portrayed is another matter.

Gill plays a Sikh man working in the Indian embassy in Beijing, China. It’s a dream debut for him as he got to share screen space with his favourite actress, Sonakshi Sinha.

The singer-actor shared his thoughts about the film, about how Diljit Dosanjh has inspired Sikh and Punnjabi actors, why he is ready to do anything for director Aziz, and more. Excerpts: 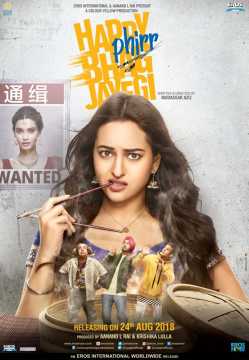 Would it be wrong to say that this is a truly ‘Happy’ debut for you in Hindi cinema?

Yes. Happy, lucky, best, you can choose any such words. I don’t think there could have been a better opportunity for me.

I saw it after I got the offer [for Happy Phirr Bhag Jayegi], but I was aware of the film. I had heard good things about it. That film did good business, but more importantly, the audience liked it.

Honestly, I wasn’t aware what these guys had called me for. I thought they would offer me a song; I had no inkling they would ask me to act.

Only when I went to Colour Yellow Productions did I realize that they had produced such films. I had seen Tanu Weds Manu (2011), Tanu Weds Manu Returns (2015), Shubh Mangal Saavdhan (2017), but I hadn’t seen Happy Bhag Jayegi.

When I met Mudassar Aziz, only then I became aware what they wanted me for.

What went through your mind when you were told the offer?

For one who works in the Punjabi film industry, this was huge. You feel that your work [in Punjabi music, cinema] is reaching across 'Bollywood' too. They had seen one of my songs, 'Nakhre', which had me say a little dialogue. They found this similar to the character in Happy Phirr Bhag Jayegi. I had to give a screen test and then, after a few days, I got the role.

A young Punjabi star makes a debut in Hindi cinema in a multi-starrer film. Is there a fear of getting overshadowed?

No. That is because Mudassar sir hasn’t written the film like that. Each character is important to the film. Besides, it is your first film, so you can’t pick and choose. I don’t have that mindset. I was hired to do a job, and I have done that to the best of my ability. Maybe going forward I can decide on what’s best for me.

You are a self-confessed fan of Sonakshi Sinha. Now you have done a film with her. Can you you describe the experience?

Punjabi people have always liked girls like Sonakshi. I also like Parineeti Chopra. Never thought one day I would be doing a film with her. My joy knew no bounds when I was told I’ll be paired opposite her. I told my manager to not react. We’ll celebrate later, and so we did. I’m blessed to have got such an opportunity.

How was the experience of working with a writer-director like Mudassar Aziz?

Terrific. I couldn’t have asked for a better director in my first Hindi film. What struck me about him is that he had only seen my little act in a song and he thought of trying me out. It tells you a lot about the man, his thought process. It would have easy for him to pick any actor from Mumbai, but he wanted a Punjabi actor, one whose character perhaps matches mine. For me, it is huge that he gave me an opportunity. I can do anything for him.

Did you harbour any ambition to come to Hindi cinema?

No. I didn’t even know that I will become a singer. I believe in working, I don’t think about the result. That’s how my singing career started. Thereafter I did Punjabi films.

I wanted to reach out to more people but never thought of coming into 'Bollywood'. However, at the back of my mind, I was aware how Diljit Dosanjh made it count here. I was in school when he started his journey. I have grown up watching him. So, I thought, if he can do it, then so can I.

You mentioned Dosanjh. He is very talented, but what was refreshing to see was that here is a Sikh coming into Hindi cinema without getting rid of his turban. Hindi cinema is largely built on Punjabis, North Indians, but in the past some had to do away with their religious identity to make it here. 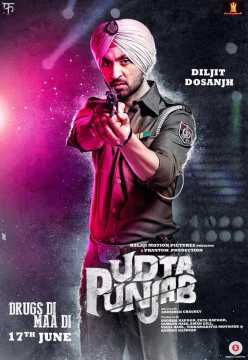 In the past, a 'Bollywood' hero was one who had to be clean shaven. If you see Hindi cinema, most of the films that are made have Punjabi or North Indian characters. When a non-Sikh actor was asked to don a turban, it just looked fake. We, too, had this complaint. Even their turbans were fake.

Jimmy Sheirgill is also a star in Punjab. It must have been special for you to share screen space with him.

He really supported me in this film. I had met him before. His surname is Sheirgill, mine is Gill. So, we come from the same Gill family. We also have such a dialogue in Happy Phirr Bhag Jayegi. When i was in college, we looked up to him. He had this film Yaaran Naal Baharan (2005) then. He had a yellow Karizma bike. You looked at him and said, “This is how life should be."

The remarkable thing is that he still looks the same. He is like a big brother to me. He guided me throughout the film. I was nervous whether I would be able to do a good job in front of him.

In a film where your character is based in China, I guess you must have to learn some Mandarin. How was that experience?

During the audition, I was told I will have to speak Mandarin. I was stumped and said how can I do it. They asked me whether I have any idea as to how they [the Chinese] speak. I said they speak in a nasal tone. After clearing the auditions, I attended a few workshops for 15-20 days.

Indians, especially North Indians, tend to stereotype the Chinese and even our Northeast Indian brothers. We use a certain slang to club all of them into one category. In the trailer, we see your character use the word Chow Mein. Now, that is one of the slurs that some Indians use against people from China and the Northeast. Did it ever cross your mind that this could offend people?

Sometimes we say things in private and amongst friends, but they don’t necessarily mean to demean anyone. Perhaps, Mudassar sir is the best person to explain this. What I will say is that we fought with our neighbours, it hasn’t yielded anything. The first film was appreciated in Pakistan. If Pakistanis liked that film, I am hoping the Chinese shower the same appreciation on Happy Phirr Bhag Jayegi.

Aanand L Rai and his Colour Yellow Productions have tapped into stories that have a strong regional connect. How do you look at this change?

I feel their films have become an industry in themselves. I reckon the maximum revenues come from the northern Hindi belt. The audience can relate to their films. It’s because of this change that artistes like me get an opportunity. Colour Yellow taps into authentic talents.