The cast at the Crisscross trailer launch
give your opinion

The much awaited trailer of Birsa Dasgupta’s upcoming film Crisscross is out. It was launched in the presence of the director, the five protagonists — Jaya Ahsan, Priyanka Sarkar, Sohini Sarkar, Mimi Chakraborty and Nusrat Jahan — last night at Hard Rock Café in Kolkata.

Smaranjit Chakraborty, the author of the novel Crisscross, cinematographer Gairik Sarkar, and Ridhima Ghosh and Gaurav Chakraborty who also essay important roles in the film were present as well.

Previously the songs 'Duniya', 'Momer Shohor' and 'Alo Chhaya' connected the characters Ira, Meher, Suzy, Ms Sen and Rupa, offering a glimpse into their daily struggles of standing up to the challenges, thrown at them by life.

The trailer throws further light on the individual crisis as it shows Meher (Nusrat), an aspiring actress who is unable to generate money for her family and is being regularly humiliated for it. 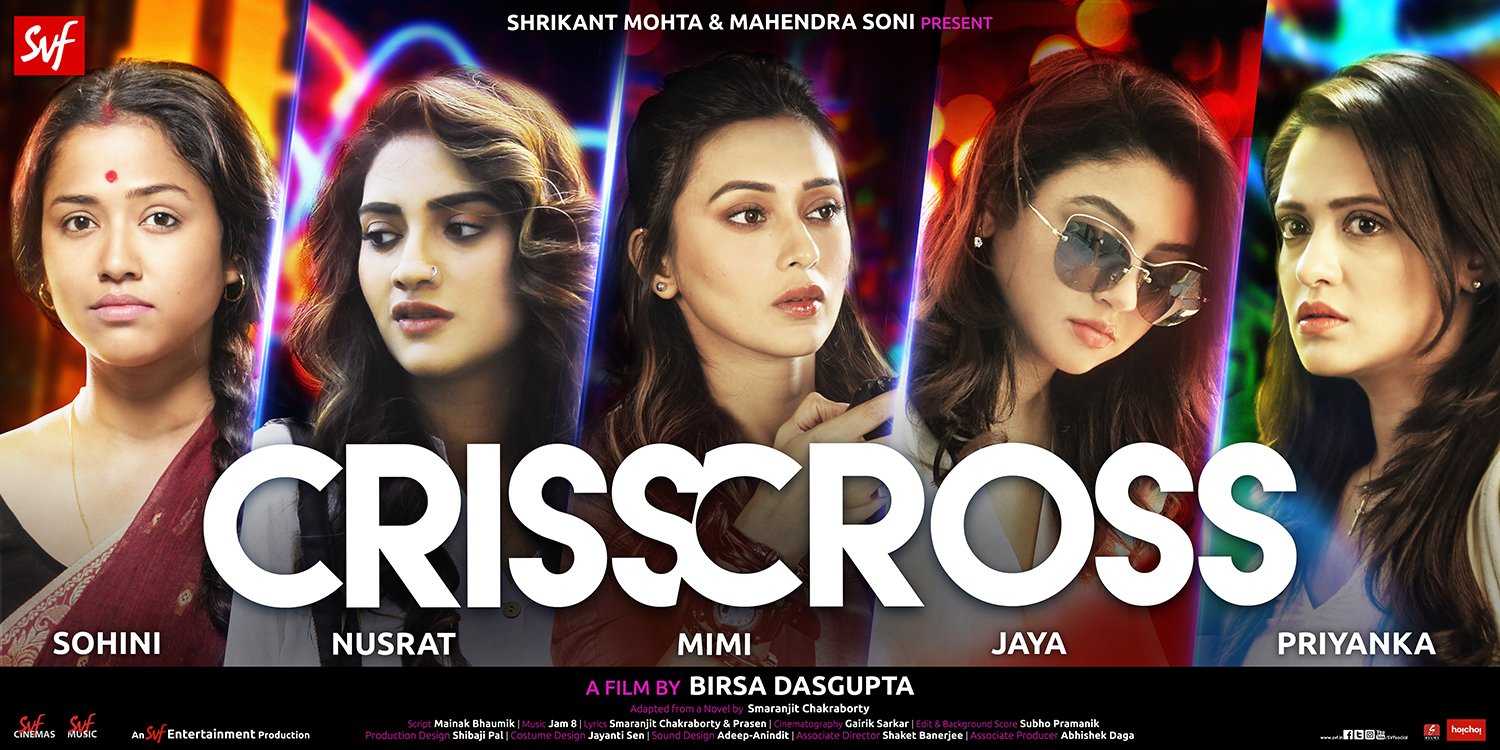 Ira’s (Mimi) live-in partner Archie (Arjun Chakraborty) gives her an ultimatum to choose between her career and marriage, as she considers her work to be her priority.

Rupa (Sohini) is unable to sexually satisfy herself and her husband doesn’t care to either, while her brother-in-law considers it to be the right opportunity to force himself upon her. Self-made Ms Sen’s (Jaya) business is on the verge of breaking down, while Suzy (Priyanka) is unable to pay the fees of her son, as her drug-addict partner has moved out.

The story is about the one day, when all the characters have their backs to the wall, and take that one audacious step ahead so that they can survive the day, to dream about a better tomorrow. Do the women find their reasons to live on?

The trailer, for the first time, shows the onscreen exchange between the characters from separate backgrounds and heightens the anticipation regarding the film.

“I wrote the novel in 2008. The concept of gender equality was a fresh issue then. Now after nine years, the context and perception of the issue have changed. Birsa and [screenwriter] Mainak [Bhaumik] have updated and upgraded the story according to the present questions of morality and have made the film. The actresses have done a wonderful job and I am hopeful that people will love the film,” said Smaranjit Chakraborty.

“I think this day is very special for us. Today we are launching the trailer for a film which celebrates womanhood. There is no hero in the poster, but just the five heroines, which is quite exciting for us,” he added.

“The stories in the film are quite relatable. In the film one day has been picked from the characters’ lives, filled with different kinds of crisis. I feel that the film will be able to stand beside those women who seek motivation and perhaps, do not have many friends in their lives," said Priyanka.

Crisscross is slated to be released on 10 August.