Rakhee was born on the day India got her Independence (15 August 1947). To celebrate her 71st birthday, we revisit Aparna Sen's Parama and Rituparno Ghosh's Shubho Mahurat featuring her in starkly different roles.

Bold yet mysterious, with a natural finesse to delineate sadness, Rakhee Gulzar is considered to be one of the finest actors in Indian cinema.

She sizzled as a glamorous heroine opposite Rajesh Khanna, Amitabh Bachchan and many others, and at the same time, she did not think twice about grabbing the opportunity to become an on-screen mother to these leading heroes at the peak of her career.

Rakhee’s acting career began with Bengali film Bodhu Baran in 1967, when she was only 20 years old. Soon, she became one of the leading actresses of Hindi cinema with her distinct acting style that was far from melodramatic. In her illustrious career of two decades, she only appeared in a handful of Bengali films. Among those, two films — Parama (1984) directed by Aparna Sen and Shubho Mahurat directed by the late Rituparno Ghosh — stand out.

After surprising the Bengali film industry with her National Award-winning debut film 36 Chowringhee Lane (1981), Sen came up with one of her most strikingly feminist films, Parama, with Rakhee in the lead role. Before Parama, many films were made on the theme of extra-marital affairs. However, no film was as honest in its acceptance of adultery and the expression of a woman's sexuality like Sen’s.

In Parama, Rakhee plays Paroma, a 40-year-old housewife in a joint family, who, in a trance of fulfilling the duties of the household, has lost her own identity. A new-age photographer discovers something in her, which has gone unnoticed by all in her surroundings, including her husband.

An expatriate photojournalist Rahul lands in their home during the Durga Puja festivities. While taking a few photographs of her, performing all the rites and responding to everyone’s call in her family, he discovers the most archetypal Bengali housewife’s face for his photo essay — An Indian Housewife. Rahul approaches her to pose for his magazine through her brother-in-law. 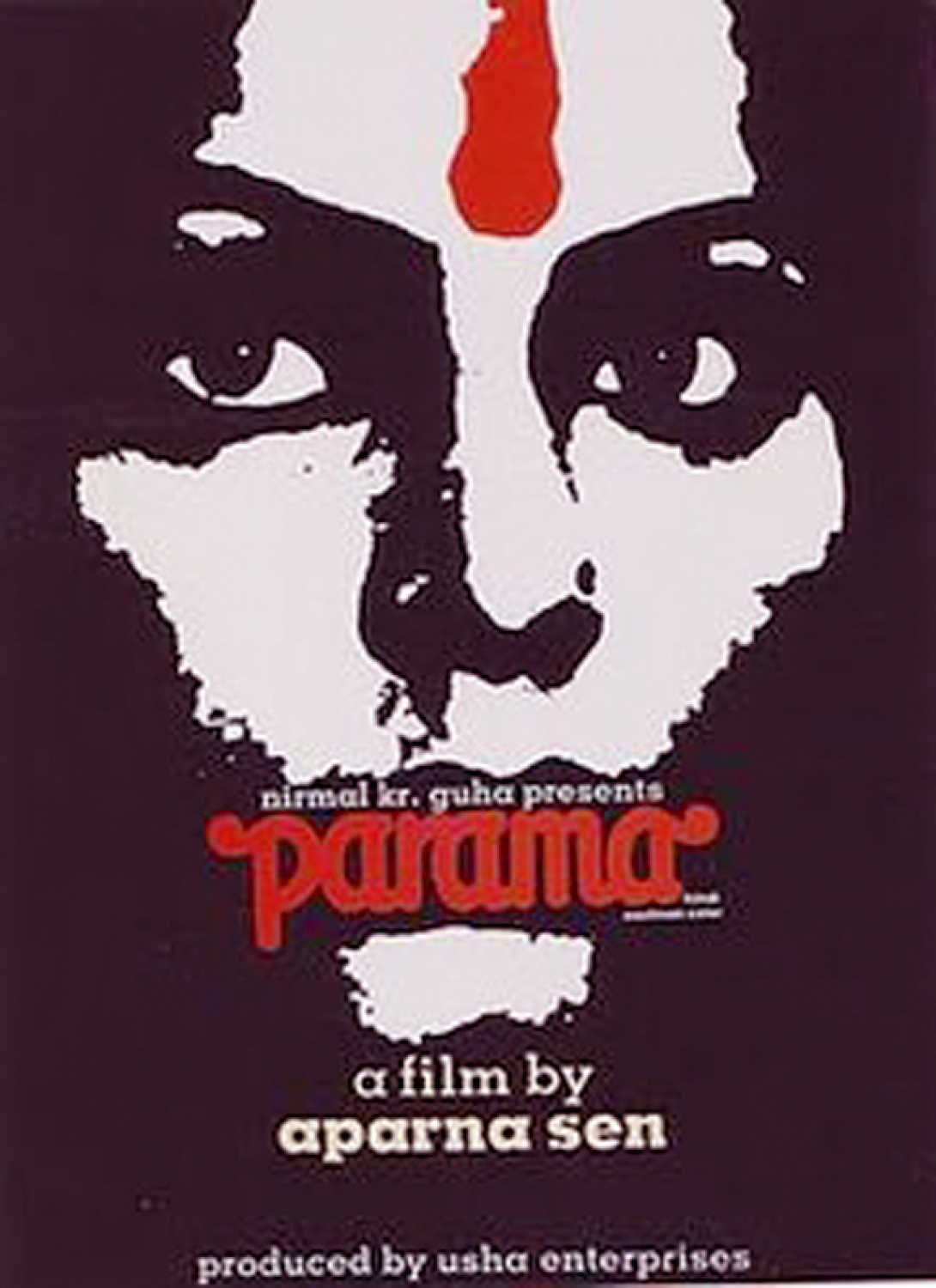 Sen, here, evidently chose Rakhee for two reasons — for her sheer acting ability and secondly, because she perfectly fits the physical image of a Bengali ‘bouma’ in a traditional joint family. She is pretty, has big eyes, rainbow-like eye brows and long tresses. However, Paroma is shy and not aware of her beauty. Rakhee beautifully brings alive the inherent vulnerability and submissiveness in Paroma, throughout the film, as she never raises her voice or gets temperamental, simply because she thinks that she has no command over anybody or her own life.

The film maintains an even pace and Rakhee keeps up with it with her slow movements and gentle dialogue delivery to pronounce the characteristics of Paroma, making her more impactful.

When Paroma starts posing, she gets overtly conscious and fails to be natural in front of the camera. It is when she goes for an outdoor shooting with an apparently not-so-familiar man, she first comes face-to-face with the idea of freedom. Before that, Paroma’s husband never bothered to take her on his tours and she gets used to the meaning of life only in terms of bringing up her children, tending to her mother-in-law and being a devoted wife.

When Paroma first experiences freedom, a few lines from one of her favourite poems come to her subconscious mind automatically. When Rahul asks about her hobbies, she realises all her interests and passions have become her past. At this point Rakhee is extremely natural as she expresses the fact that she has forgotten who she actually is. Her expression speaks of how she could not recognise herself anymore.

Paroma has her initial doubts when she realises her deep connection with Rahul and she tries to check herself. However, all her restraints are broken and her soul is left bare before the charming and adventure-loving macho avatar of Rahul. She experiences the bliss of passionate love-making in the ‘illicit’ affair for the first time. Previously, her husband is shown deriving sexual pleasure from her while discussing his business aspirations, not paying any attention to her. While making love to Rahul, she utters his name in maddening ecstasy.

Rahul’s gypsy-like nature makes him more attractive to the woman, who gradually starts feeling suffocated inside the four walls of her comfort zone. She starts playing the sitar again and blossoms to her fullest potentials. But the happiness doesn’t last for long. Her husband returns from the long business tour that allowed Paroma to indulge in her forbidden pleasures and Rahul goes back to his work again.

When Paroma receives her first love letter from Rahul, her husband isn't even suspicious, thinking that no one in the world could send her letters apart from her only friend Sheela, played by Sen herself. Sheela is a single working woman, who lives life on her own terms and sometimes warns Paroma about turning too dependent on Rahul. Sheela’s character, though, brief, is in complete contrast with Paroma’s.

When Paroma’s husband gets hold of the copy of the magazine, in which there is a semi-nude photo of his wife, signed ‘love Rahul’, Sen takes the boldest approach. She shows Paroma devastated because of the discovery of her adultery and her loss of respect in the eyes of the entire family, but she has a sudden disconnection from all of them, not due to a feeling of guilt. Paroma tries to end her life, but her kin wish to see her get back to ‘normal’ life and label her as mentally ill. To this, she says, “Kintu amar to kono oporadh bodh nei” [but I don’t feel I have done anything wrong] and expresses her wish to take up a simple job at a clothing store, despite being the wife of a business tycoon.

Rakhee, here, pronounces a newly developed firmness in Paroma, while retaining her calm exterior with finesse. Also the childlike joy of suddenly remembering the name of a plant that she had been trying to recall for long, is poignant and subtle in her expressions. The moment defines freedom at the price of self-discovery.

According to National Award-winning film critic, author and journalist, Shoma A Chatterji, “Paroma is a film way ahead of its time and Rakhee has beautifully moulded herself into the character of the protagonist. Essentially a director’s actress, Rakhee, has come out of her glamorous avatar in the film and portrayed the character convincingly.”

The scholar also feels that Rakhee’s performance in Ghosh’s Shubho Mahurat is much more mature and also, that she approached the character of Ranga Pishi, a Bengali adaptation of author Agatha Christie’s character Miss Marple, with cerebral acting.

In Shubho Mahurat, Rakhee plays the intelligent and witty yet simple widowed aunt of Mallika, a modern journalist, played by Nandita Das. In the mystery drama, when all the characters struggle with their personal crisis and confusion, Ranga Pishi, whose life revolves around her cat Haridasi, remains the entity of relief and clear vision. She is open-minded, loving and can see through delusions. 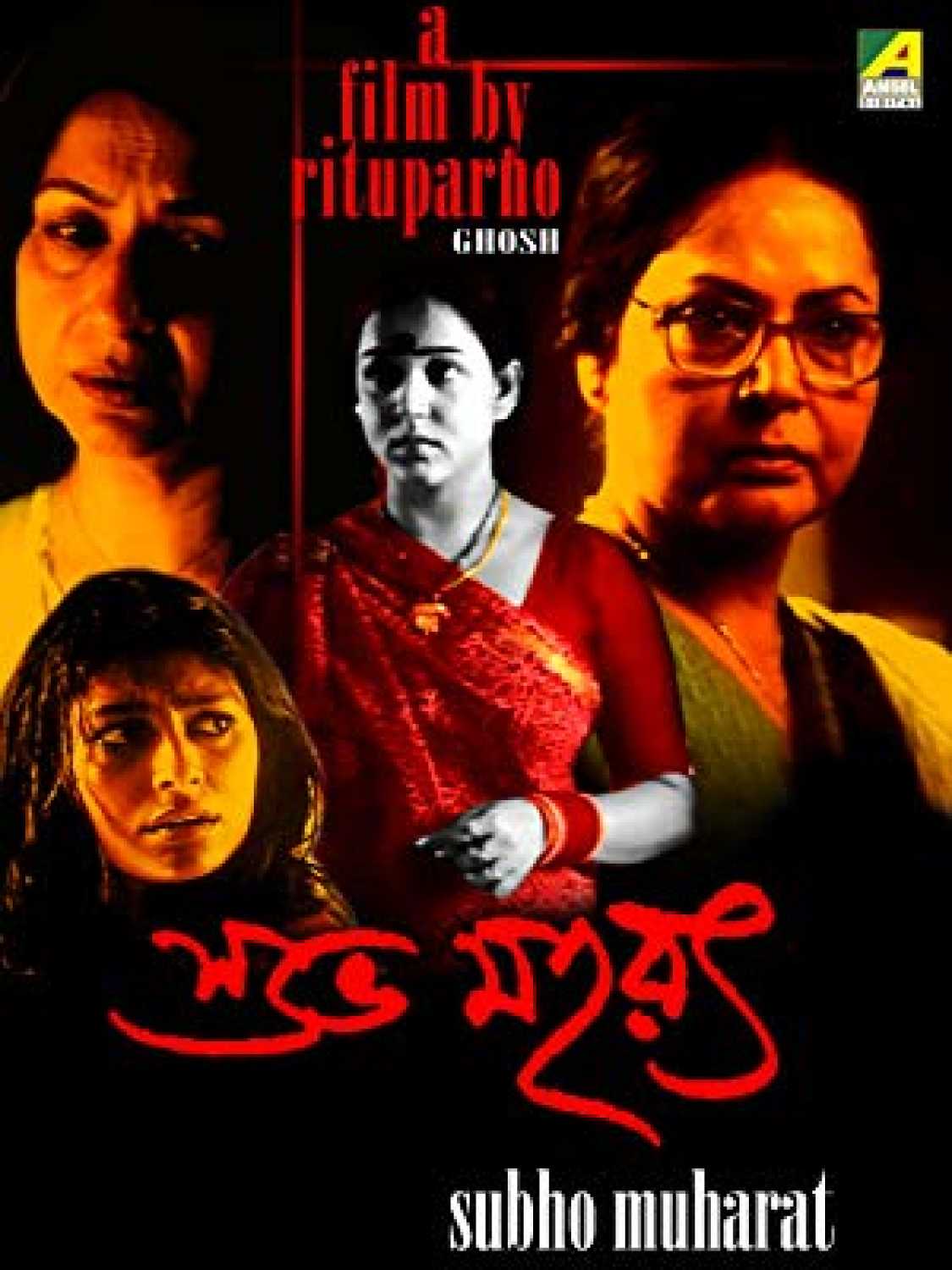 Ranga Pishi is open to ask for the autograph of superstar Padwini Choudhury (Sharmila Tagore), but, at the same time, she never misses a moment of observation. Rakhee brings together the beautiful amalgamation of the character of Bengali Pishima and Miss Marple, not missing out on portraying the distinct features of the characters.

The actress is adept at displaying her inquisitiveness, subtle confidence and an independent air around her. Ranga Pishi senses events much before they take place. She predicts Mallika’s inclination towards inspector Arindam (Tota Roy Chowdhury) and also the next murder after Kalyani’s. Rakhee has cleverly never stepped out of Ranga Pishi’s homemaker avatar when turning out to be a sleuth. She also gets angry when Mallika back answers and doesn’t mind teaching her a good lesson like a wise guardian.

In Shubho Mahurat, one of the most hard-hitting moments is when Chowdhury’s mask falls off before Ranga Pishi. Here, a close shot of Rakhee reveals a lot of complex emotions that Ranga Pishi tries to, both hide and disclose before the murderer sitting in front of her. 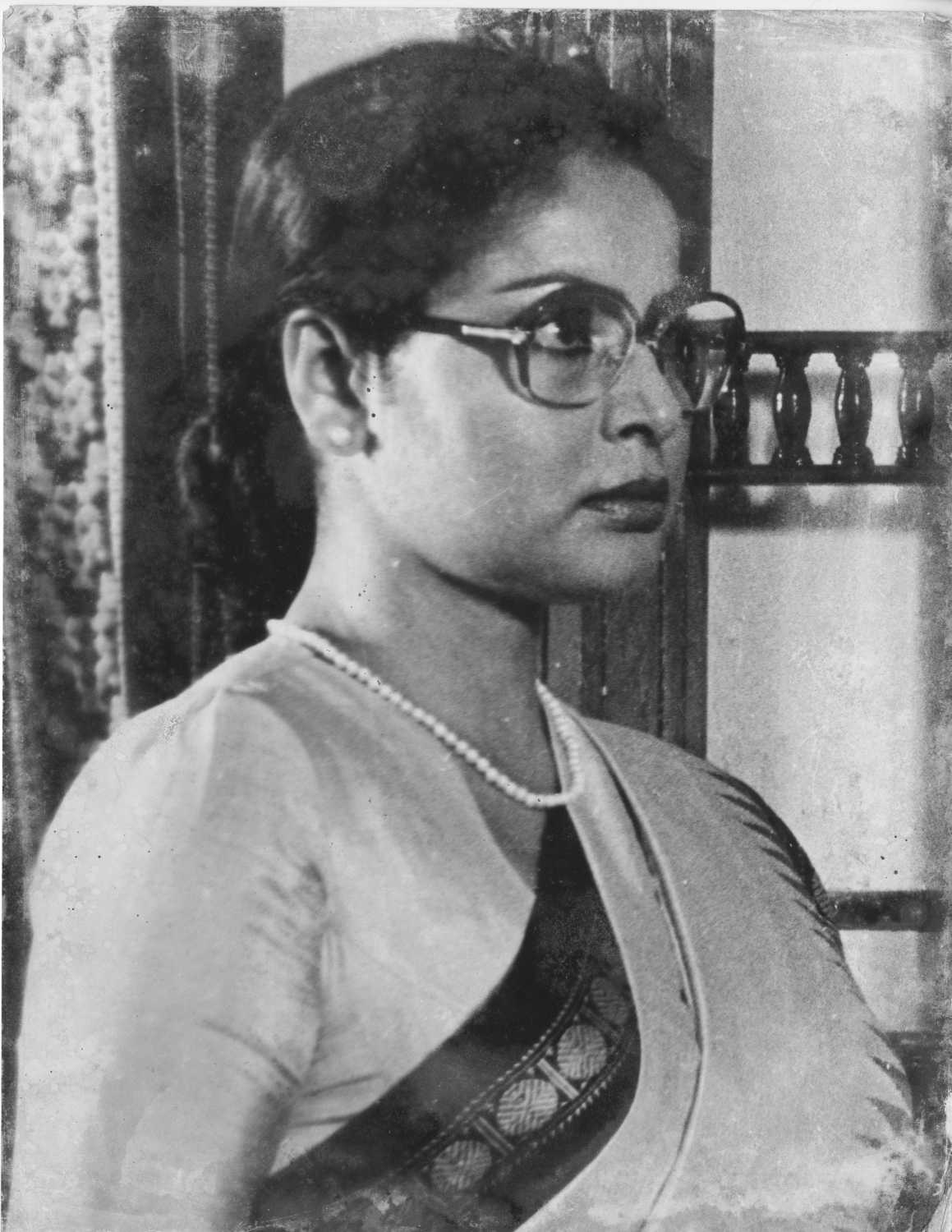 In a moment, she is shrewd in an attempt to churning out the truth from Chowdhury and the next moment she puts on an innocent face to get back her confidence. When Chowdhury attempts to throw out the poisonous sweets out of the window, Ranga Pishi’s terror stricken outburst at the fear of losing cat Haridasi over those sweets, is real. It evokes many hidden layers related to the murders. Her act in Shubho Mahurat earned her the National Award for Best Supporting Actress in 2003.

According to Chatterji, "Rakhee could have got better roles, if she did not have so much of a starry air about her.”

Rakhee lost Ghosh’s Bariwali (2000) to actress Kirron Kher. "If she could have compromised a bit on her onscreen importance, she probably could have got more National Awards," concluded Chatterji.