On the actor's seventh death anniversary, filmmaker Umesh Mehra, son of FC Mehra, spoke of the bond his father and Kapoor shared.

Shammi Kapoor and Geeta Bali
give your opinion

The 1950s saw the onset of the golden era of Hindi cinema. Along with good content, films from this period also brought forth some evergreen stars. Among these was Shammi Kapoor, who rose to fame in the 1950s and enjoyed stardom until the 1970s.

The actor collaborated with the late film producer FC Mehra on a number of films, including Mujrim (1958), Ujala (1959), Singapore (1960), Professor (1962), and Sohni Mahiwal (1984). Though Kapoor had acquired name and fame, there came a time when his spending habits became a cause of worry for his wife, the late actress Geeta Bali. 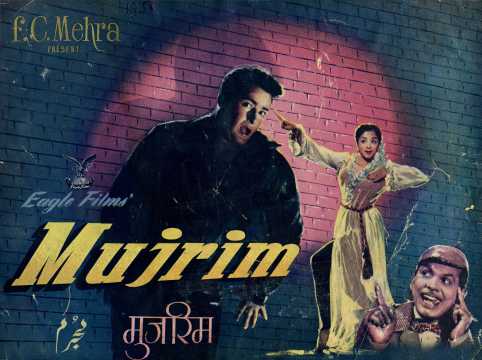 Bali, who called FC Mehra her rakhi brother, visited him one day with a request. “She came to him and said, ‘Listen, this friend of yours will blow up all his money and we will be left with nothing. So, please take him in this business with you',” the filmmaker recalled.

Besides producing films, FC Mehra also owned a few film theatres, including Minerva at Grant Road, one of the grandest theatres in Mumbai. He instantly made Kapoor join the business.

“He [FC Mehra] made him [Shammi Kapoor] a partner while cutting out his own share and [the shares] of a couple of other partners. Shammi uncle became a partner of the theatres. That stood him in good stead. It still does for all our families. We still get income from the business,” Umesh Mehra said.

Speaking about the bond the families shared, he said, “They had started working together before I was born. He [Shammi Kapoor] used to call [my father] Mehraji. There was a lot of mutual respect and they were part of the family. They were together in every function, sukh mein and dukh mein [in happy times and sad].”