On the film’s 30th anniversary (it was released on 12 August 1988), we examine how Khoon Bhari Maang gave the actress a lift when she needed it the most.

Actress Rekha, who began acting as a teenager in Sawan Bhadon (1970), had a tough road in the Hindi film industry. She worked in over 50 films before gaining acclaim for her acting in films like Ghar (1978) and Muqaddar Ka Sikandar (1978).

The 1980s were a tumultuous decade for her. With Khubsoorat (1980) and Umrao Jaan (1981), the awards finally began to pour in, but after that there were plenty of films that came and went without a trace. Soon, Rekha lost her No 1 status to the new kids on the block, Sridevi and Madhuri Dixit.

The year 1988 brought two films that told audiences that Rekha was back. The first was Khoon Bhari Maang. The other was Biwi Ho To Aisi.

In the book, Rekha: The Untold Story, author Yasser Usman states that "it was the role of a lifetime". Her Khubsoorat (1980) co-star Rakesh Roshan had turned director with Khudgarz (1987) and for his second venture, Khoon Bhari Maang, he cast her in a film that was to benefit both. 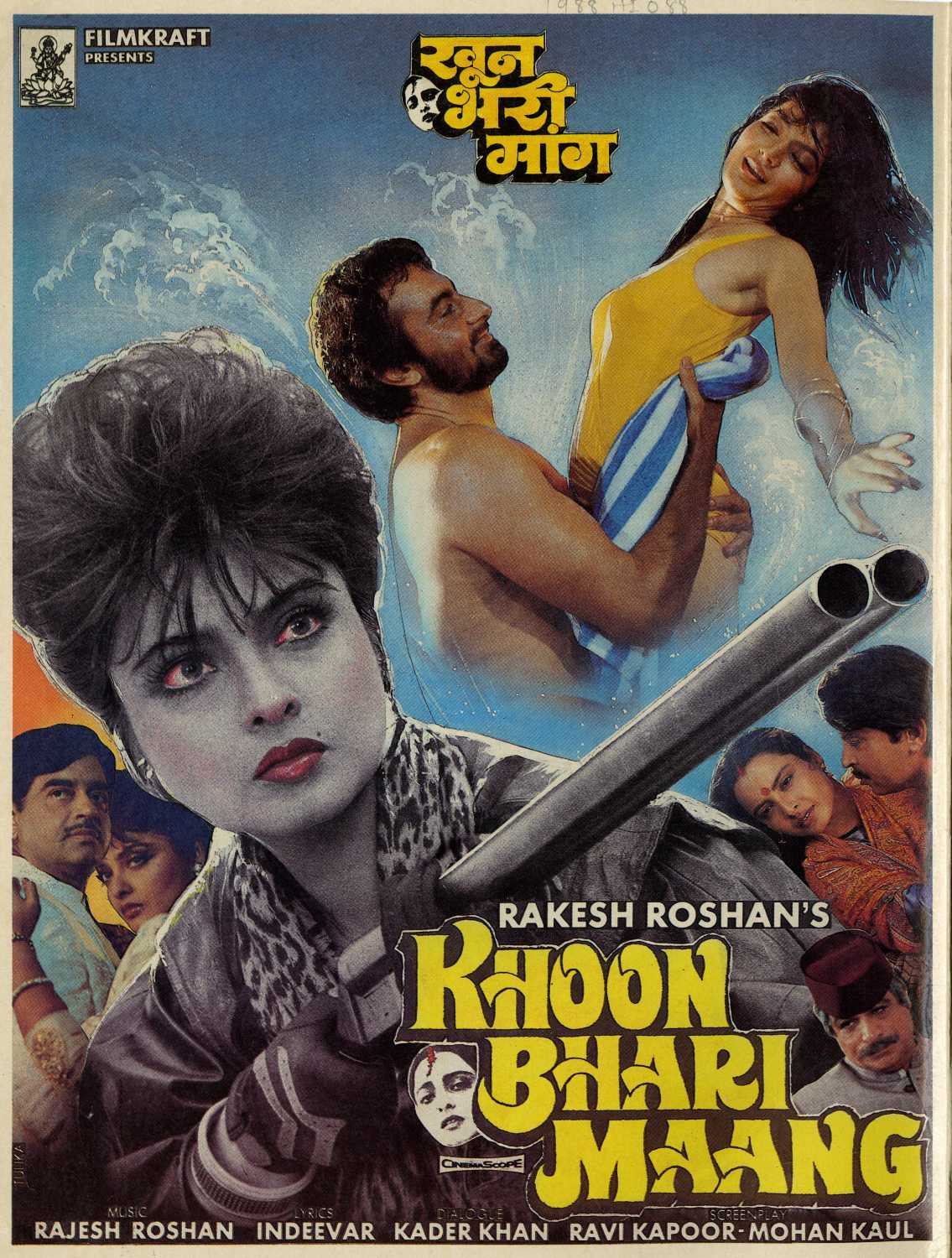 The story features Rekha as a widow, Aarti, with two young children. She herself is the only child of a wealthy man, Mr Saxena (Saeed Jaffrey). Aarti is plain and has a simple way of life at her farmhouse with her children.

Enter disgruntled employee Hiralal (Kader Khan) who schemes to kill her father and bring in his handsome nephew Sanjay (a perfectly cast Kabir Bedi) to woo Aarti. The gold-digger Sanjay has also been seeing Aarti’s good friend Nandini (Sonu Walia) on the side.

Over time, he manages to convince Aarti and her children of his sincerity and marries her. The day after, at an outing on a lake with Nandini, Sanjay pushes Aarti into the crocodile-infested waters. There is a lot of blood in the water and so Sanjay assumes that Aarti has perished.

But without a body to prove the death, Sanjay cannot access Aarti's fortune for seven long years. He begins to show his true colours to everyone around him. Meanwhile, Aarti has miraculously survived, thanks to the help of a kind man. But to her horror, half her face is disfigured. She already had a large birthmark on her right, and the scar of the crocodile attack is ever present. 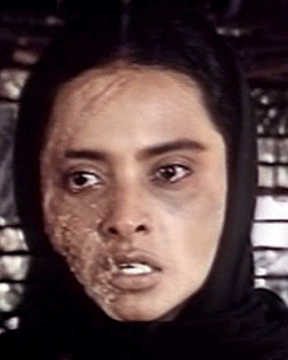 The resourceful Aarti picks herself up, sells her diamond earrings and books a flight abroad to see a plastic surgeon (Tom Alter) who gives her a new face and a new attitude. Once she returns, things begin to fall in place. She decides to take her revenge on Sanjay, Nandini and Hiralal by pretending to be a famous model, Jyoti.

Under the tutelage of a famous photographer JD, played by Shatrughan Sinha, Jyoti becomes the talk of the town and comes to Sanjay’s notice, where the first phase of her plans goes into effect, of getting her family and her life back.

The film was heavily copied from the 1983 Australian mini-series, Return To Eden. The scenes where Aarti is pushed into the lake, her survival and how she makes a ‘fashionable’ comeback with heavy makeup and loud costumes, are all taken from the original. Return To Eden’s heroine Stephanie (Rebecca Gilling) even had a faithful dog who mourned her ‘death’.

Rekha was only 34 when she did the film, but in the Hindi film industry at that time, actresses weren’t supposed to have a long shelf life. However, a meaty role in the film, where she essentially got to play two roles — the simple Aarti and the fiery Jyoti — was a boon to her career.

“Rakesh Roshan intelligently marshalled Rekha's glamorous image in this 'Lady Amitabh-esque' narrative. She plays a plain Jane in the first half who undergoes a dramatic transformation. The film was, of course, embellished with the usual formulaic Bollywood twists,” wrote Usman.

Rekha’s wardrobe for the second half of the film, with loud colours and headdress, hasn't aged well. It is faithful to the Australian mini-series and the decade, but 1980s fashion seems like an eyesore now.

Yet the audience at that time enjoyed the film. In The Tribune newspaper, ML Dhawan said, “With Khoon Bhari Maang, Rakesh Roshan destroyed the myth that it was essential to have a hero as the protagonist and that heroines were there just to serve as interludes and mannequins. This fast-paced movie was a crowning glory for Rekha, who rose like a phoenix in this remake of Return To Eden, and bedazzled the audience with her daredevilry.”

Coincidentally, her performance in the film’s finale, where she claims back her life, was reminiscent of the kind of roles Amitabh Bachchan usually did, where his hero would wreak vengeance upon the villain for his sins. Some of Rekha’s later films, like Phool Bane Angaray (1991) and Madam X (1994), where she played an action heroine had a few calling her ‘Lady Amitabh’.