In the name of independence, we are not communicating: Filmmaker Riju Bajaj on The Re-Bell


We speak to Riju Bajaj, cinematographer-producer-director of the short film The Re-Bell, as he takes us through his journey of making the film and the critical issues that it deals with.

When Supriya Parulekar submitted her short-film script to the LIFFT India Filmotsav - World Cine Fest, she could not have predicted the enthusiastic response that her story would receive. Selected from all the submitted scripts to the festival, the story of Muskaan, was developed and made into a short film by cinematographer-producer-director of the film, Riju Bajaj.

Muskaan (Shruti Bhardwaj) makes an announcement on social media about wanting to end her life, which sets in motion a range of things and opens up unknown facets of people. An infotainment film, it takes up the issue of increasing suicides, while unravelling a range of concerns that plague urban lives. The title, a play on the word ‘Rebel’, urges us to address what it really means to rebel against norms and not give in to thoughts without introspection. The film marks the debut of Bhardwaj and also stars Vivaan Shah and Jenifer John.

In an exclusive conversation with us, Bajaj speaks about the idea behind the making of the film, the issues it takes up, and its free and wide circulation on YouTube. 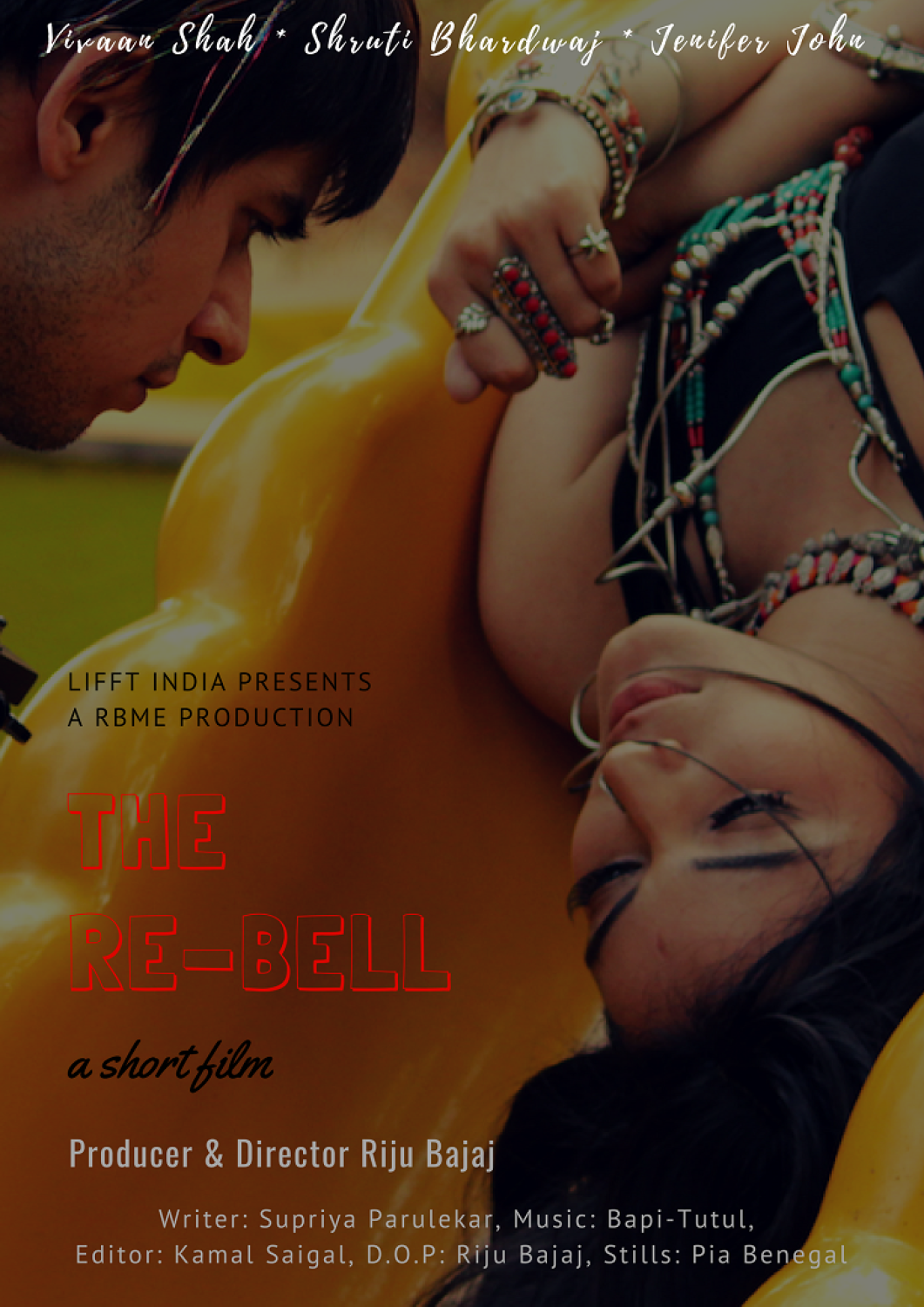 The Re-Bell deals with several issues that are quite evidently prevalent in our society — loneliness, depression, troubled relationships, and of course, suicide. The horrid Blue Whale challenge for instance, opened our eyes to a whole other world, where kids are rewarded for physically harming themselves. What were your reasons for making the film?

The script of The Re-Bell was selected from the submitted scripts to LIFFT India Filmotsav - World Cine Fest, where we invite scripts for feature films. Although this was a script for a short film, we loved the concept where the story was layered and there was nothing over-the-top. While making films, one of the concerns is that one is just looking at issues superficially, without going into their depth. But this script was making the reader aware of the issues, feeding thoughts in the mind of the reader, and triggering ideas in their minds which they could research and learn more about.

So, even though we did not have a short film category in the entries, we decided to make the film and approached the writer, who was quite excited about us making the film. We tweaked the script a bit to make it visually engaging and the interaction with the online world was added to it.

The world of social media and how it impacts our lives is a big part of the film. Why did you decide to include that in the film?

Social media is what the youth is governed by today. We see friends sitting with each other, hardly speaking to each other and just engrossed in their phones. We do not know what they are watching, even while they are sitting with their partners, or in the company of family, etc. The West has been experiencing this for a while and they are aware of what the hazards are.

For the film, we spoke to a psychiatrist to better understand the issue. In fact, the conversation that the protagonist Muskaan has with Vivaan Shah’s character, involved inputs from psychiatrists and how they deal with suicides in cities.

We discuss the suicides of farmers in villages and know why they are taking place but what about the suicides in urban centres?  Loneliness, work pressures, being cut off from the world, being in complex relationships, are all factors contributing to suicide. In fact, according to statistics, more than 75% people can connect with suicide, in that they at least think about it in some way.

The WHO [World Health Organisation] report states that a suicide takes place every 40 seconds. But the startling thing is that behind every successful suicide attempt, there are 40 failed attempts, which effectively means that every second, someone is attempting to end their life!

While focusing on suicides, The Re-Bell is opening up the larger issue of mental health and the fact that we do not pay attention to it in our country.

In the metro cities, we are largely disjoint from our families and friends. With the break-up of the joint family system, families are becoming disintegrated and the kids are getting increasingly disconnected. We do not have enough qualified people in the country to deal with issues related to mental health.

It’s also not quite accepted in society, so people remain trapped, alone. The protagonist, Muskaan, comes home and jumps to a decision. She doesn’t even bother to call someone and consult with them. This is the flipside of independence in a way. In the name of independence, we are not communicating.

I found the spiritual Guru angle and the critique of the figure very interesting and rather unexpected in the film.

Every religion advocates the concept of ‘moksha’ and the various ways in which to find it and such people [as the protagonist] are their targets. What is the concept of a Mukti Bhawan (2017), for example, encouraging a person to die?

This is happening all around. The idea is not to sensationalize things or even pass judgement but to have an open dialogue. These are issues that need to be opened up, that is why we have chosen YouTube as well.

Yes, that is an interesting choice. Why did you choose to put your film on YouTube and make it freely available instead of making it exclusive and only offering it on certain platforms, as most filmmakers do?

There are a few reasons for this. First, the concept of the film is based on the internet, so we chose to use the same platform. Second, this is an infotainment film, so exclusivity is not going to serve the purpose of the film. Even if the film makes a difference to one person, it sets the ball rolling about the issue. These problems are only going to grow, so it is best to have some checks and measures in place.

Thirdly, what are the platforms for short films? Multiplexes do not show short films so there aren’t too many avenues. In fact, there aren’t many avenues for documentaries either, other than for environment and wildlife documentaries. So, even though there are lots of different subjects and new filmmakers in the short film space, there is no regular medium for them to showcase their work.

Through the festival LIFFT India, you have been trying to consciously promote different types of content - even shorts and documentaries, so in your own way, you have engaged with the issue and are trying to address it. But there’s the question of whether people will recover their investment through screening documentaries and short films, as opposed to features.

But I alone cannot do it and I believe that where there is a will, there is a way. I am not trying to make money through the festival. In fact, there is a total disconnect between my professional work and the kind of cinema that I am trying to promote. So, I believe that if you create the platform, things will certainly happen slowly.

The second edition of the LIFFT India Filmotsav - World Cine Festival will be held on 6 December 2018 at Fariyas Resort, Lonavla.