Learnt now that 31 million people have no access to electric bulb: Shahid Kapoor


The actor, his co-star, actress Shraddha Kapoor, and the Batti Gul Meter Chalu team unveiled the trailer of the film today (10 August) in a Mumbai multiplex.

Actor Shahid Kapoor is set to usher in an electrifying revolution with his next, Shree Narayan Singh's Batti Gul Meter Chalu. The film touches upon the pressing issues of rising electricity tariffs and power-cuts in the state of Uttarakhand.

Shahid, his co-star, actress Shraddha Kapoor, and the Batti Gul Meter Chalu team unveiled the trailer of the film today (10 August) in a Mumbai multiplex.

Over the last few years, Shahid has been a part of films that focus on social issues. For example, Haider (2014) spoke of insurgency in Kashmir, while Udta Punjab (2016) represented the menace of drug addiction in Punjab.

“I have done films like this in the past. Shraddha [Kapoor] and I have have done Haider together, that was talking about human rights which is a massive issue in a state like Jammu & Kashmir and certain states in the North East. I did a film called Udta Punjab, that was about drug problem.

"Today, I’m doing Batti Gul Mete Chalu. So, it is kind of my third film which talks about socially relevant issue. After I did those two films in the past, the kind of love I got from the people affected by those situation was overwhelming,” Kapoor said at the trailer launch. 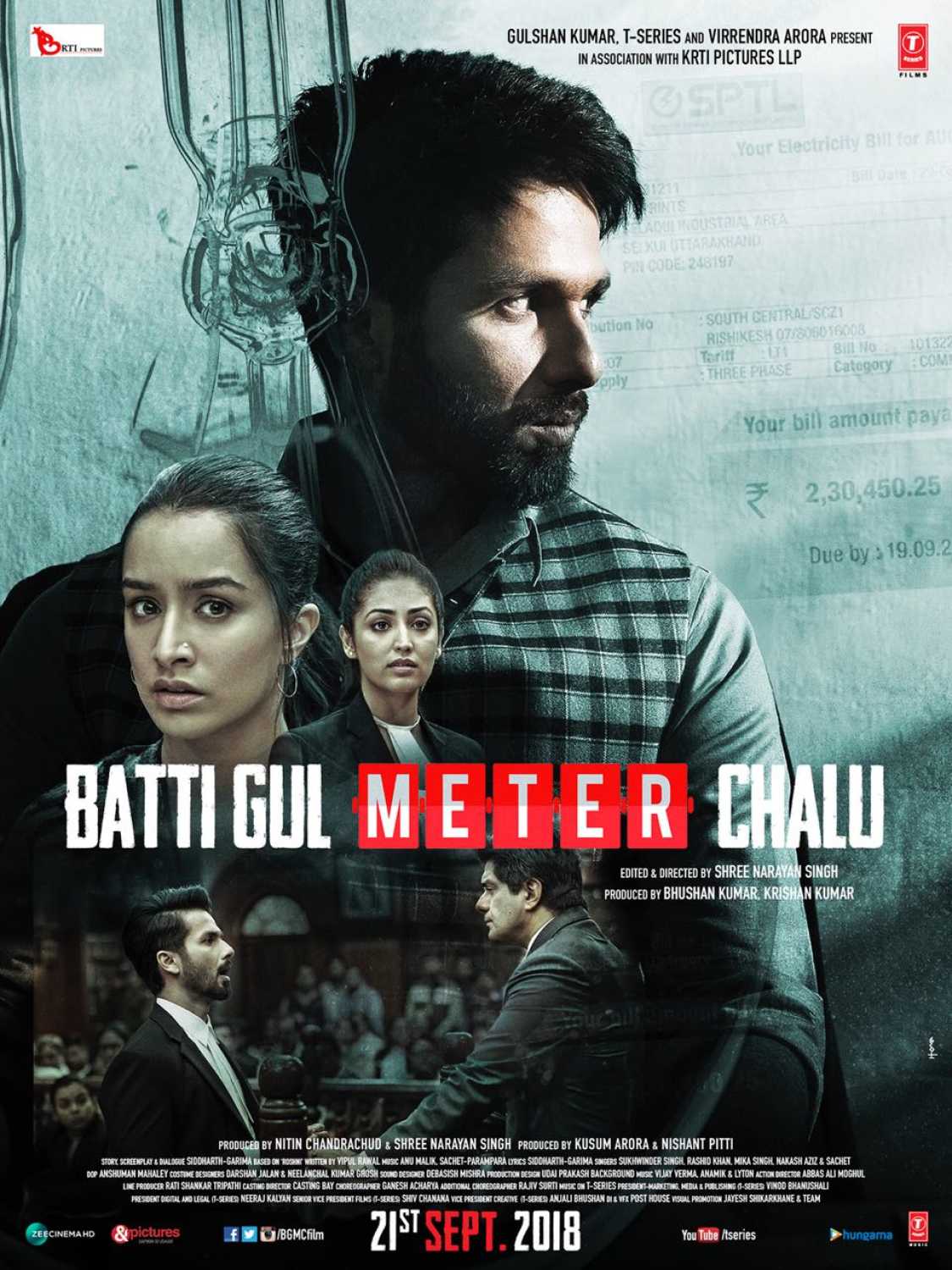 Power-cuts and the rise in electricity tariffs is a genuine problem, especially in small towns and villages. Shahid and the team of Batti Gul Meter Chalu experienced power-cuts during the film's shoot as well, and according to him, the film has opened his eyes to the problems people face when there is no electricity.

“In urban areas like Mumbai, we may not realise this problem. But it is a serious issue in many parts of the country. If there is no power, then there is problem in water supply. In winter, you can’t keep yourself warm through heaters, children in school then have no access to fans. If there is no bulb in your house, how will children study? Hospitals cannot function normally, I’ve learnt now that about some 31 million people don’t have access to an electric bulb,” he said.

Shraddha Kapoor plays Lalita Nautiyal and is fondly referred to as ‘naughty’ in the film. Lalita thinks she is the best designer in the world, which is true only in her head though.

"I’m very excited about Batti Gul Meter Chalu. I feel lucky that as an actor I was offered such a socially relevant film. We are hoping this film can create awareness, and also hopefully help in finding solution. I’m happy to be doing a film that sends a social message," Shraddha said.

With the film set in Uttarakhand, the artistes were required to work on getting the Garhwali accent right.

“In the first few days, we were worried as to how we were going to do this. Shraddha and I did lot of readings together. It was difficult to get hold of it, because actually, this language is is different. For instance, you won't say, ‘main wahan jaa raha hoon', but, 'wahan jaane wala hoon main'. The way they [Garhwalis] express themselves is very different. It took a lot of time for us to learn it. But, I think this is the best thing about this film. Any film that has a new flavour, dialect, is really grounded and people this is our story being told,” said the actor.

Batti Gul Meter is set to be released on 21 September.