While his first directorial failed to create fireworks at the box office, Karwaan, has been getting an 'overwhelming response' from the audience.

Actor-writer-director Akarsh Khurana hit the road and shot at places like Ooty, Coimbatore and Bengaluru for his second Hindi film Karwaan. But he has no complaints as he likes to shoot a film at a stretch.

He made his Hindi cinema directorial debut with High Jack this year and quickly followed it up with the road trip film Karwaan. He is not choosy about the kind of actors he wants to work with or the shooting location, but there is one thing that he prefers to do as a director.

"As a director, I like to shoot at a stretch. Just go and finish it in one schedule rather than just stretching it over a long period of time. All the energy and attention remain focussed. It's a nice kind of an environment that you create because relationships are formed.

"You spend some time and you finish a film rather than going out of it and coming back to it. Then you kind of break out of it. That is something I prefer but of course, it is not always possible," Khurana told IANS in a telephonic interview from Mumbai.

While his first directorial failed to create fireworks at the box office, Karwaan, which is presented by RSVP in association with Ishka Films, has been getting an "overwhelming response" from the audience.

"I know people who watched it twice on weekend. They are connecting to it. They are saying lovely things about the film on social media. It has been overwhelming," said Khurana, who has written for films like Krrish (2006), Kites (2010) and Humshakals (2014). 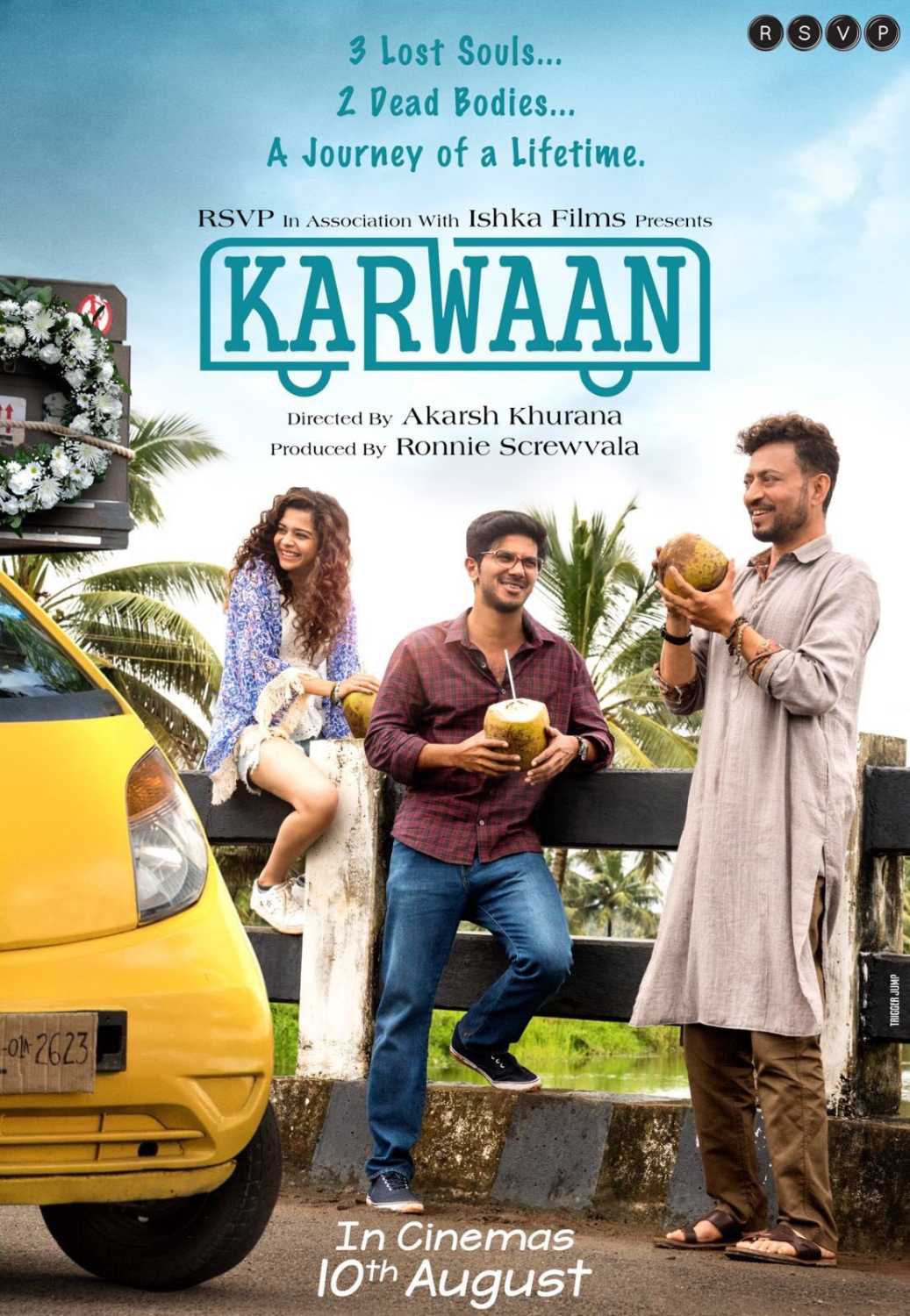 It released along with Aishwarya Rai Bachchan, Anil Kapoor-starrer Fanney Khan and Rishi Kapoor and Taapsee Pannu-starrer Mulk on 3 August. Didn't he feel like changing the release date of Karwaan for better business?

"Now it's very difficult get an empty Friday. At the end of day, you just have 52 Fridays and there are so many films. Unless you have a very big film, there is 90% chance that you will be sharing a Friday with another film," he said.

"In an ideal world, you would have liked your film to come alone but it's not always possible. So you make the most of what you get," he added.

It's the strong characters, played by actors Irrfan Khan, Dulquer Salmaan, and Mithila Palkar, of his film that clicked with the audience.

"I think the characters are working with people. At least one of the three, if not all. People seem to be enjoying the mix of humour and emotions," said Khurana.

He agreed that Khan's presence was a "big draw".

"And I think even in the states (other than south Indian states) where Dulquer has not had a film released before, there was a lot of curiosity about him," he said.

"My priority is to take a break. I ended up directing two films back-to-back. So in the last two years, I spent most of my time either shooting or in the edit room. It has been non-stop. I also did a web-series for Balaji, then High Jack, then Karwaan and acting work here and there. So, my wife and I are going on a vacation in September," he said.

"Probably a part of it will be. I am going to visit my brother-in-law in Australia. Then with his family, we are planning to do a couple of weekend road trips," he said.

After that, he will focus on work.

"There is some talk going on about a web-series. I am not looking at web series and theatre as an actor but as a writer and director. There is no plan of acting work in the near future," said the Yeh Meri Family (TV series) actor.

"The film (also in talks) is at an early stage, we are discussing ideas. Web-series... I am hoping it to be a bit of a thriller and dark subject. It is interesting kind of a romantic thriller. It will be a new genre for me. So, I am hoping that I can do it. All of this will fall into place in October or November," he shared.