Titled 'Dholi Dhol Baja', the song has been choreographed by Chinni Prakash, who used some 500 dancers.

Extravagance is a word one does not normally associate with Pahlaj Nihalani, the controversial former chairman of the Central Board of Film Certification (CBFC). But as the cliché goes, there is always a first time. And it's never too late to begin.

So, in a stunning move, Nihalani, who is making a comeback as producer after his stint with the CBFC, is said to have spent an astonishing Rs3 crore on one song in his upcoming film, Rangeela Raja, starring his favourite actor, Govinda, with whom he has had the most hits.

Titled 'Dholi Dhol Baja', the song has been choreographed by the veteran Chinni Prakash with 500 dancers involved.

A few stills of the song have made their way online. 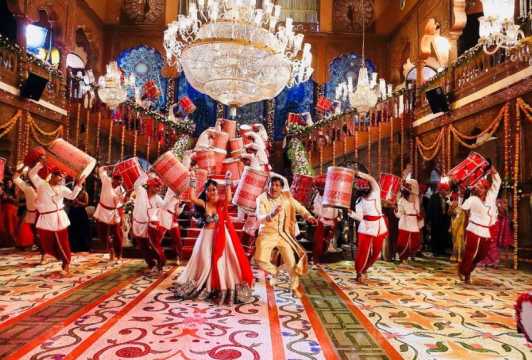 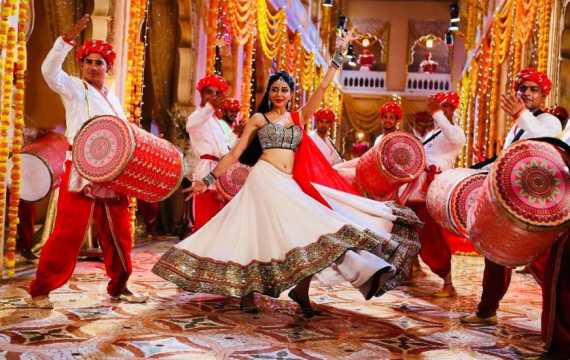 Based on the pictures, it certainly looks like the song has a royal setting with hundreds of dancers, all dressed in traditional clothes, on extravangant sets.

Trade analyst Atul Mohan remarked, “It has to be one of the most expensive songs in recent times. Usually, we associate such extravagance with Sanjay Leela Bhansali, but Nihalani seems to have left no stone unturned to make this a grand affair. This could well be Govinda's grand comeback.”

Govinda plays a double role in Rangeela Raja, with newcomer Mishika Chourasia. The film is said to be a comedy with the more colourful of Govinda’s two characters rumoured to have been inspired by fugitive liquor baron Vijay Mallya.

When contacted, Nihalani said he does not make the budget. "Whatever is required, I always fulfil that," the producer said. "The song required many dancers, junior artistes, costumes and decoration. We shot for six days because Govinda plays a double role. We also had to spend on VFX as both characters dance together in the song."

The set for the song was designed by Nitin Chandrakant Desai and as many as four cameras were used to film the action, Nihalani revealed.