The troubled actor used profanity to hit out at 'paid media'.

Comedian-actor Kapil Sharma has been constantly in the news for controversies over his tiffs with fellow artistes and cancelling shoots with popular stars. Sharma despises a particular entertainment website that has never shied away from publishing news that showed him in bad light.

Sharma was not amused and went on a rant slamming the portal. Later, he claimed that his account had been hacked.

“Hi all please ignore the previous offensive tweets as my account was hacked . Apologies for the inconvenience caused. Love and regards to all,” Sharma Tweeted, before deleting that too.

However, before this tweet, we got to see a series of controversial tweets by the TV star which were later deleted. 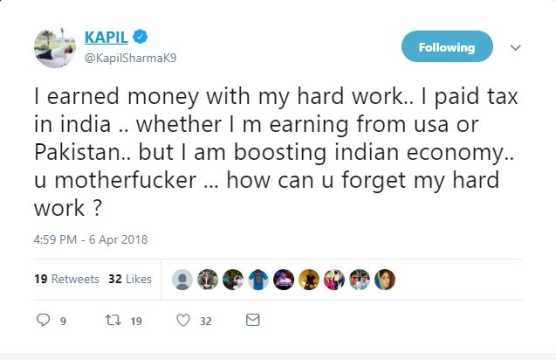 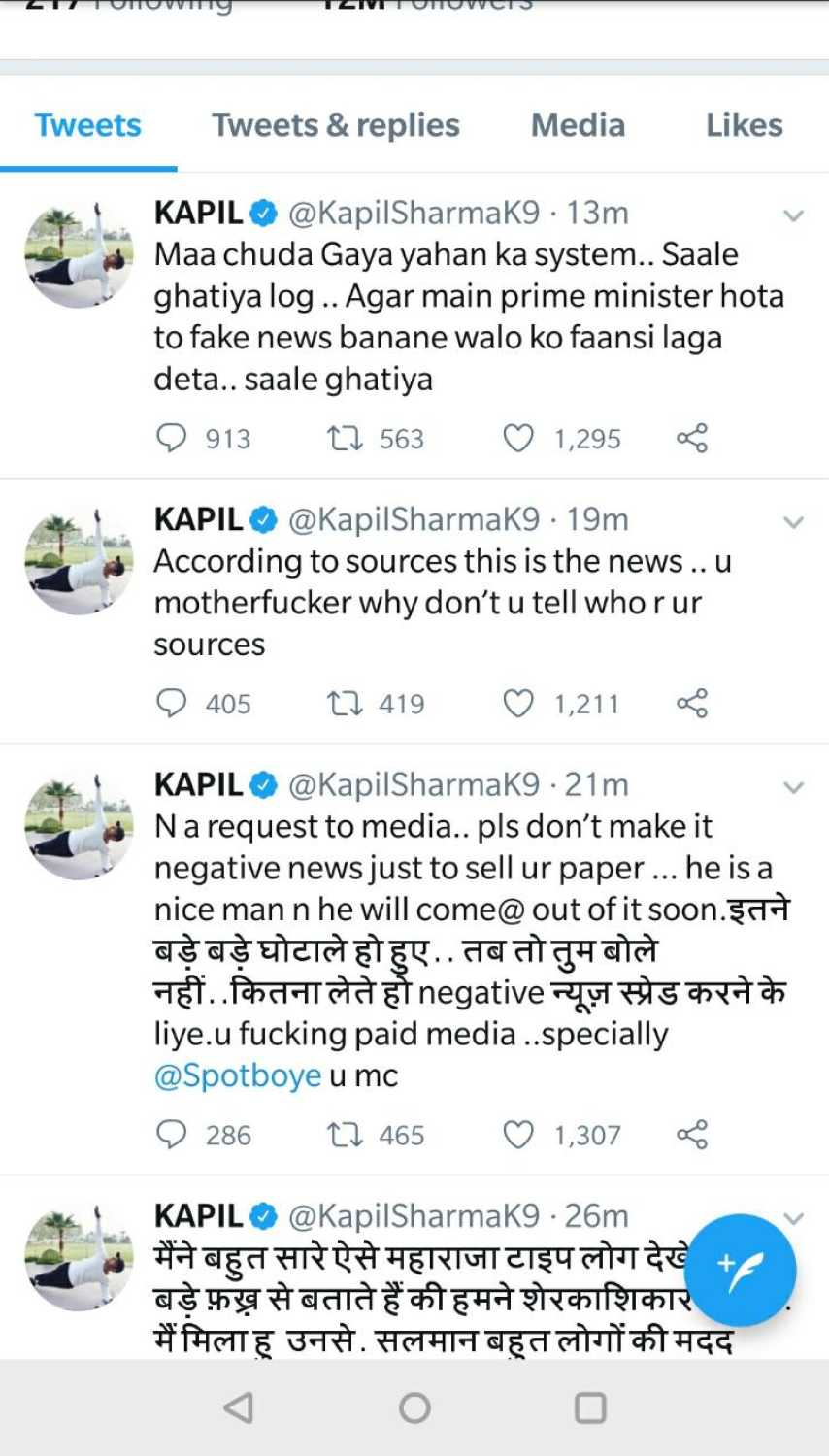 As seen from the above, Sharma or the alleged hacker tagged the portal in one of his rants.

In the first tweet, Sharma had defended Salman Khan, who has been convicted and sentenced in the 1998 blackbucks poaching case.