Author Gautam Chintamani catalogued the making of the iconic romance film and dissected its impact and influence by speaking with the cast and crew of the 1988 film.

When Mansoor Khan’s Qayamat Se Qayamat Tak hit the theatres on 29 April 1988, the cast and crew themselves had not anticipated how well the film would be appreciated.

The film starring newcomer Aamir Khan and newbie Juhi Chawla ran for 50 weeks (a golden jubilee) in Chennai (then Madras), which was not even a major centre for Hindi films.

Today, on the 30th anniversary of the film's theatrical release, author Gautam Chintamani, who wrote the book Qayamat Se Qayamat Tak: The Film That Revived Hindi Cinema and was able to trace the film’s journey and dissect why it is a modern classic, discusses why it became a blockbuster.

Chintamani was prompted to write the book after noticing the video cassette phenomenon in India in the early 1980s. “Cinema halls had become a no-go zone for families," he recalled. "Largely, if you look at films which were being made, a lot of action films, vendetta films, South remakes were coming. You would have very specific pockets of audiences going for these films and rarely would you have films for which different age groups would go together or by themselves.” 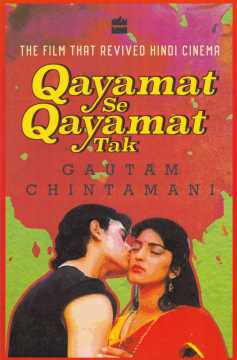 During this decade there had been a few films like Karma (1986), Naam (1986) and Mr India (1987) that had appealed to audiences universally. But when QSQT, as Qayamat Se Qayamat Tak is popularly known, came out, Chintamani felt it had “a strong, indelible effect” on a whole new generation.

“It kind of put a new spin on storytelling," he explained. "I felt it pressed a refresh button on Hindi cinema in many ways and initiated a process where audiences would start going back to the cinema halls, families didn’t mind going to cinema halls. For the younger audiences, there had been no young actors like Aamir [Khan] or Juhi Chawla for a very long time.”

Chintamani was personally interested in examining the film, in book form, to explore how it brought about realism in popular Hindi cinema and how its music by Anand-Milind created a resurgence in the Hindi film music scene.

“It didn’t feel as if you were watching a film, you were aware of the format of the film watching it in a cinema hall. After a long time, the relationship between a father and son, or a father and daughter, on screen was very real. There is a forbidden sense of darkness in the story. When the film’s music came out, it just blended on well, and for me, it probably never got its due, not because people don’t recognize it as a masterpiece. But the type of films that people connected with Qayamat Se Qayamat Tak went on to do, essentially Aamir, and Mansoor, and Juhi Chawla, it [raised] the bar [for Hindi cinema].”

A mostly youthful cast and crew, barring exceptions like writer-producer Nasir Husain and lyricist Majrooh Sultanpuri, went on to greatness afterwards. Aamir Khan today is a remarkable producer and actor whose films manage to capture the pulse of the audience. Juhi Chawla, music composers Anand and Milind, singers Udit Narayan and Alka Yagnik reached the heights in their respective fields. As for director Mansoor Khan, his second film was even more accomplished than his debut, according to Chintamani.

Even at the start of his career, Aamir Khan showed his versatility. “Immediately after Qayamat Se Qayamat Tak, which is a big blockbuster, he does Raakh (1989). With each film, Aamir was setting a new parameter to be judged by,” Chintamani remarked.

The author believes that if Salman Khan’s Maine Pyar Kiya (1989) had been released before Qayamat Se Qayamat Tak, the latter “would have been a bigger hit because Maine Pyar Kiya, when it came out, the feel was already set by QSQT”.

The film also influenced new and upcoming filmmakers and taught them that commercial Hindi cinema and realism could meet. Chintamani’s book came out in 2016 and he believes the film retains its freshness all these years later. 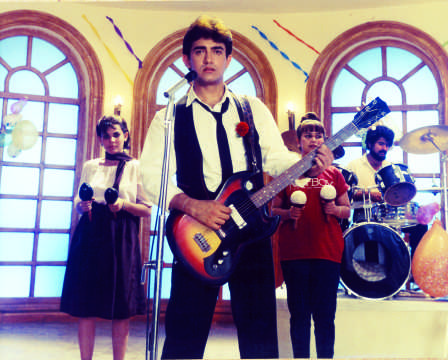 “There is a hardly a beat that any of the actors misses in the film, and those off screen and behind the camera," he said. "There is a lot in QSQT that needs to be appreciated and looked at in far greater light than has been awarded. These were the reasons for me to go back and write a story about the making of the film which, for my money, revived Hindi cinema.

"I also wanted to look at how the journey of Aamir Khan started in commercial films. But more than that, it was my fascination with Mansoor Khan that made me go on to write this book because I feel that he was one of the most accomplished filmmakers of his generation and the kind of impression he left on cinema as a medium, especially in a country like India and popular Hindi films, that needed to be celebrated a little more.”

For the book, Chintamani spoke to most of the cast and crew after first connecting with director Mansoor Khan. “Mansoor was my first port of call," he said. "It was so nice for a change to come across a person who gave me the time and mindspace that I probably wanted. Then I connected with everybody. Barring Raj Zutshi [he was travelling at the time] and a few other actors who had passed away, like Goga Kapoor, I met everybody.” 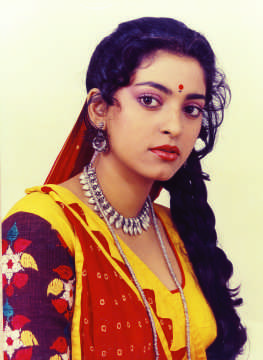 As he was interviewing Mansoor Khan and the others, revisiting the film revealed hidden depths. “I always found Juhi Chawla’s performance to be very balanced and good. But as I saw the film [again], I thought her performance really stands out. It complements Aamir Khan’s performance very well. But the process of writing the book and revisiting the film, during that period, it made me feel that heroines rarely get good author-backed roles in commercial Hindi films,” Chintamani said.

In his foreword, Mansoor Khan himself called Chintamani’s account of the film’s journey a “thriller-like narrative”. For fans of the film and for film buffs, there is a lot to discover. Did you know, for instance, that singer Alisha Chinoy had auditioned for the female lead? Or that it was one of the first Hindi films to have computerized scripts printed and walkie-talkies on the set?

Chapter by chapter, Chintamani has brought alive how all the pieces of the QSQT puzzle fell into place. Speaking to Aamir, Mansoor and cinematographer Kiran Deohans on how the film came together was fascinating for him.

“These three guys were such a closely knit unit," he noted. "It’s amazing that very rarely do you come across films where the lead actor, the director and the cameraman are so much in sync." According to Chintamani, some previous examples of this were Guide (1965), Deewaar (1975) and Lamhe (1991).

“I think films are a reflection of society at that time and also filmmaking of that time," he said. "The best legacy is how they remain relevant, even after decades; how they continue to inspire generations of filmmakers and actors with their simplicity. QSQT’s legacy for me would be that great change happens very subtly. You don’t see it happening and those are the truly great changes.”

Chintamani has also written books on the National award-winning film Pink (2016) and a biography of Rajesh Khanna titled Dark Star. He also spoke about why it is important for Hindi films to be discussed through books.

“When I was writing my book on Rajesh Khanna, a lot of people in the film business were taken aback that you could write about a film like Red Rose (1980) or a film like Aap Ki Kasam (1974) and explore it in the same way as a Mother India (1957) or a Mughal-e-Azam (1960). That trepidation somewhere has gone now. People are now open to the idea of looking at their films as art forms.”

He thinks 20 to 25 years is the right time to go back and revisit certain films and filmmakers, especially since classics like Orson Welles’s Citizen Kane (1942) also never got their due when they were released.

“I don’t think there should be any hesitation looking at a film which is totally commercial and totally escapist and trying to look at the impact it has had in filmmaking in India," Chintamani said. "That hesitation, or embarrassment, needs to be let go of. If you don’t look at Manmohan Desai’s films, then it would be very difficult for us to understand the films of Farah Khan or Rohit Shetty. A lot of people would not hold Rohit Shetty in the same league as a Manmohan Desai, but 20 years from now, we would be talking about him the same way we talked about Manmohan Desai 10 years ago.”

Returning to QSQT's legacy, Chintamani wrote in his book that the film's “freshness lay in the unique manner in which it dealt with the quintessential components of commercial Hindi cinema and, in fact, it is the film’s steadfastness to the genre’s classicality – songs, dance, drama and even the archetypal 1980s theatricality of the prologue – that makes the treatment stand apart”.

Three decades later, he noted, one can still see how it “laid the foundation of a mindset that you could do something honest without compromising too much”.