From a passionate photographer to a pioneering filmmaker: Nitin Bose death anniversary special


On his 32nd death anniversary today (he passed away on 26 April 1986), we revisit the filmmaker's contribution to Bengali and Hindi cinema, and understand it through what the experts have to say.

“I never wanted to become a director. From my childhood my great love was photography, cinematography. In New Theatres [a film studio], of all the directors, I grew very fond of Debaki Bose, I used to do everything for him — analyse shots, rehearse artistes, fix the lights, and so on,” filmmaker Nitin Bose is quoted as saying in the Encyclopedia of Hindi Cinema co-authored by Gulazara, Govind Nihalni and Saibal Chatterjee.

However, Debaki sensed Nitin's greater potentials and asked him to direct the Hindi version of his Bengali film Chandidas (1932). The huge success of his directorial debut in 1934 indicated a new era in Indian Cinema, with ground breaking changes in both cinematic and thematic aspects.

Nitin Bose was the pioneering figure in creating poignant images and moments through films, a tradition later followed by Bimal Roy, Ajay Kar and many other filmmakers of later generations.

According to Sanjay Mukhopadhyay, former professor of Film Studies at Jadavpur University, “Nitin Bose was the first to see cinema through camera, the concept of cinematography was introduced by him. He was almost fanatic about camera. When he was merely 24 years old, he made a documentary on a Belgian couple, who had arrived in India. The film was immediately bought by an international company. As a boy, Bose used to sleep with his first cine camera and dream about camera and later, he went on to become one of the chief directors ever.”

“Bose never compromised in any situations. When the Japanese were attacking Bengal and the surrounding regions with bombs, Bose continued shooting for his films. Nobody dared to take such a step during that time. Bose’s was an entirely emotional journey,” commented professor Mukhopadhyay.

Bose was one of the few directors to stick to one film studio till the end. However, in around 1941, he did have a misunderstanding with the founder of New Theatres, BN Sircar. Hurt, Bose left for Bombay (now Mumbai).

“As he reached Bombay, V Shantaram advised him to return to Calcutta and said that no one would appreciate his camera works in Bombay.” narrates Mukhopadhyay.

However, his Gunga Jumna (1961), produced under the banner of Filmistan, proved that he could mould the culture of cinema in Bombay as well, although, later he regretted his move, saying, “it was the biggest blunder of my life.” 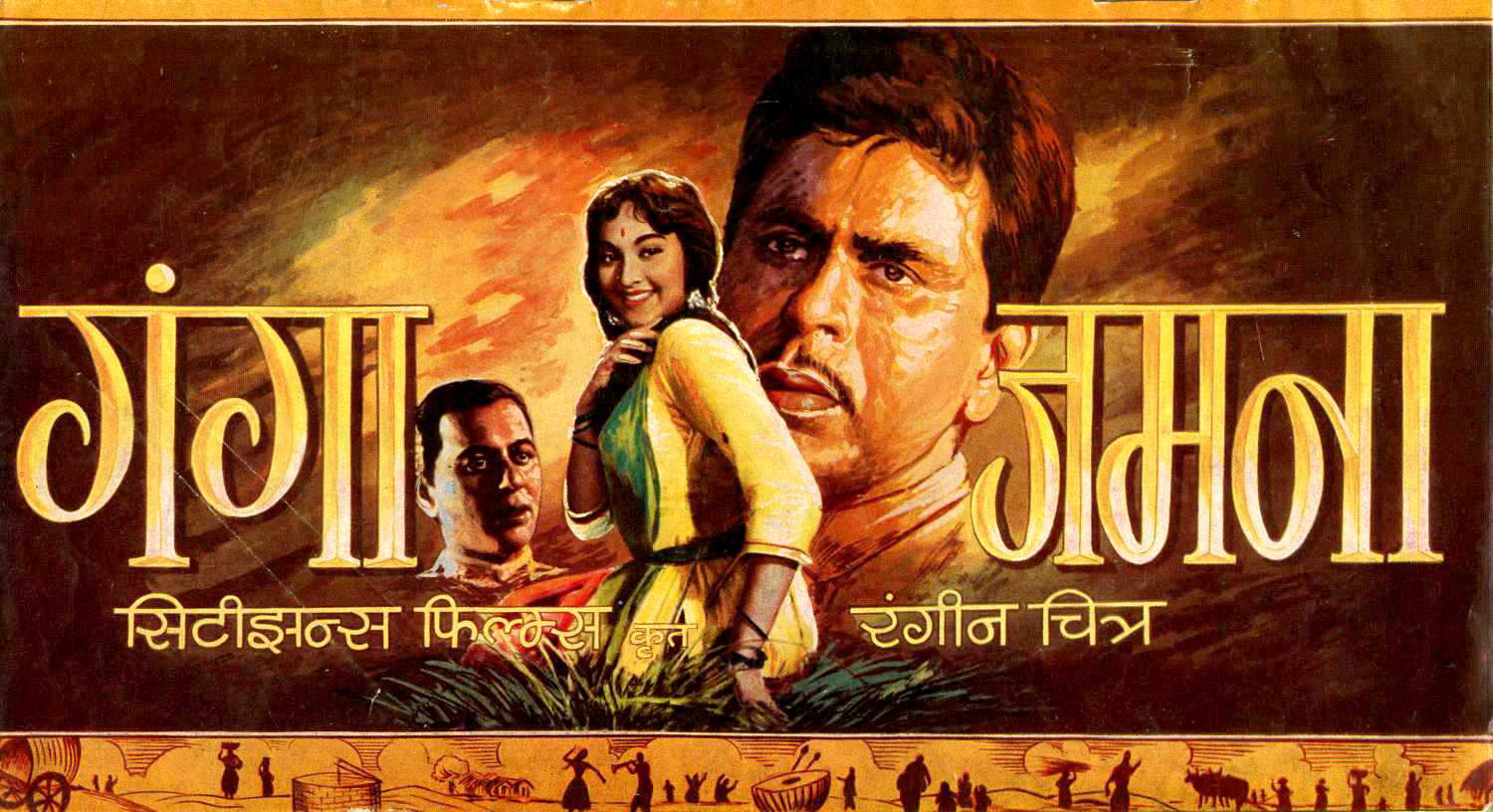 “In the beginning of his career with New Theatres, when he made films such as Bhaagya Chakra (1935) and its Hindi version Dhoop Chhaon (1935), one could see his engagement with the camera and his ability use it.

"Before him, photography was merely descriptive, shot in daylight or flat light. Bose ushered a new era with creating cinematic compositions, playing with light and shadow,” elaborated Mukhopadhyay.

“He loved to shoot from low angels. His style and technique much resembled to that of German expressionism rather than that of Hollywood,” he added.

New Theatres introduced Bengali storytellers to the world by adapting works of authors like Sarat Chandra Chattopadhyay and Sajanikanta Das. Bose had an important role to play in this regard too, as he took a significant step to present socially relevant films.

Bade Ghulam Ali Khan, the only one who could be Tansen's voice for Mughal-e-Azam

As Mihir Bose discusses in his book Bollywood: A History: “If Debaki liked mythologies, then Nitin’s fondness was for love stories. But his romances were not of the gushing kind, his characters were believable men and women, not fantasies, and in his films, he showed a sure grip in displaying everyday scenes which conveyed tensions and realism of ordinary life.”

In the Hindi version of Chandidas, Bose introduced several new characters and situations by infusing intensity in the plot and heightening the emotional facets.

According to BD Garga, the author of Art Of Cinema, “It [Chandidas] established Nitin Bose not only as an outstanding craftsman, but a director of skill and resourcefulness.”

He further wrote, “Characters in Nitin Bose’s film are no card-board cut outs; they are flesh and blood incarnations, revealed in all their diversity. Nitin’s impeccable craftsmanship was achieved with a strong romantic-humanistic streak which set his films apart and earned him a special place for his own.”

To this Mukhopadhyay added, “The proletarianization of themes, the inclusion of working class in films was pioneered and mastered by Bose. Often considered to be his most accomplished work, President (1937) was a love story set on the backdrop of textile mill centres.

“In Dhartimata (1938), the influences of Soviet cinema were quite apparent, and it dealt with the issue of collective farming. Through Gunga Jumna, he presented the traditional fight between good and evil. The trend of working with value and ideology driven content in films began thereafter.”

BD Garga too comments on Bose's unique style in his book: “Bose cleverly interweaves the ideological conflict with emotional tension. There is no attempt at ideological rhetoric, tub thumping or emotional outbursts. What is remarkable is that although the films lean towards socialism, Nitin doesn’t castigate the rich per se. Class is revealed in more subtle ways than mere class conflict.”

Thus, even for propaganda films, Bose knew how to appeal to the heart of the audience.

Bose was also adept in bringing out the best enactments from his artistes. He could inspire the ‘handsome dummy’ Najmul Hussain to deliver an impressive performance in Dushman (1939). Regarding Leela Desai’s performance in the same film, a critic in Bombay Chronicle, a newspaper that closed down in 1959, wrote, “It requires the talent of Nitin Bose to turn her amateurishness into youthful simplicity and to lend a particular charm even to her faulty accent.” 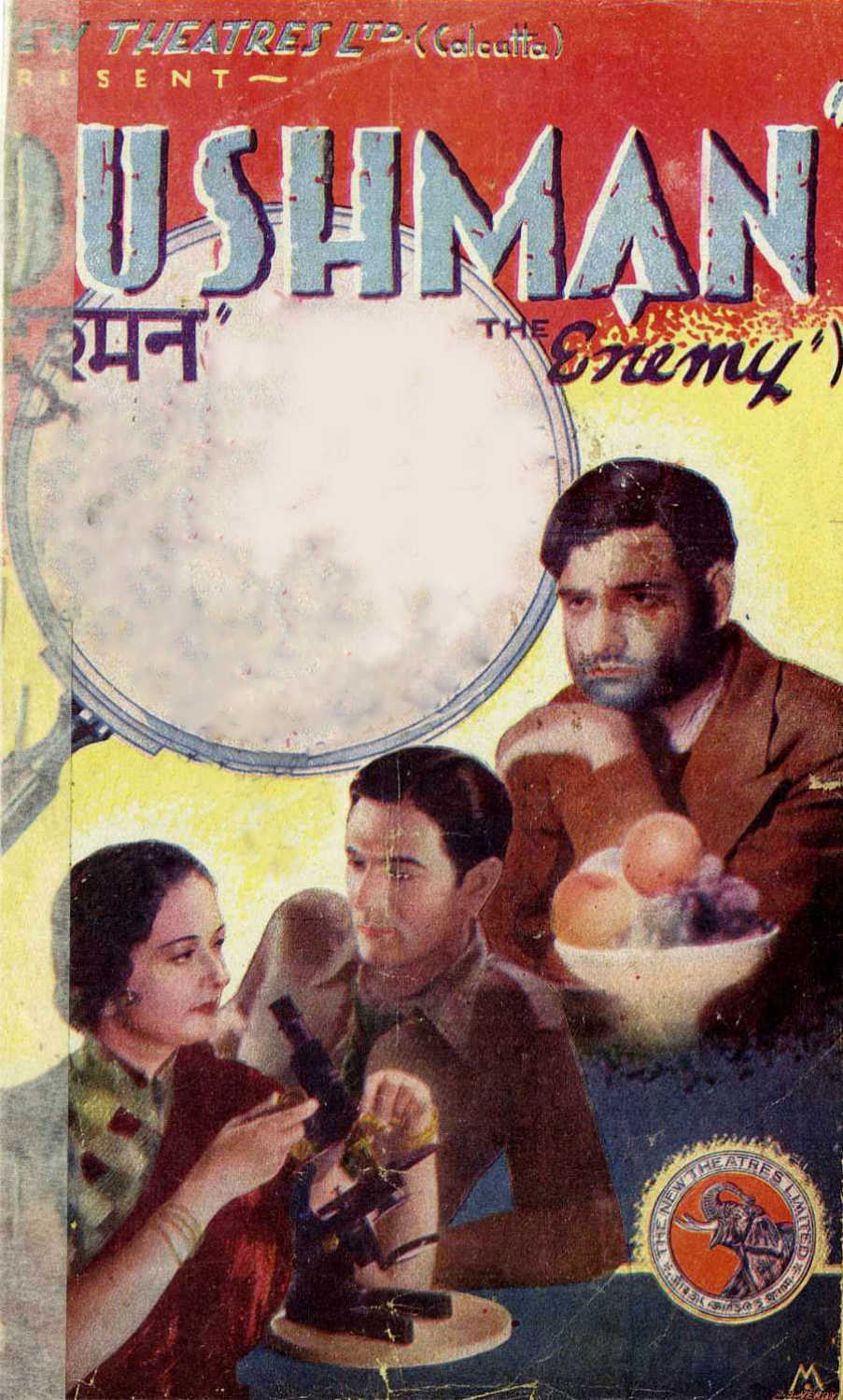 Bose, the genius, is also credited for introducing pre-recorded or playback singing in Bhaagya Chakra. He conceived the idea when he spotted singer-music composer Pankaj Mullick humming Ramon Novarro’s 'Pagan Love Song' which was playing from a nearby gramophone record.

Upon reaching the sets, he started playing those records and asked Mullick to lip sync with the songs. He observed the real-life scene from several angles until he jumped with joy and discovered the innovative idea that could be applied in films.

Bose was awarded the Dadasaheb Phalke Award in 1977 for his enormous contribution that shaped the future of Indian cinema. His nephew, none other than Satyajit Ray, worked under him on Mashaal (1950), produced by Bombay Talkies.