Varun Dhawan has no time for birthday celebrations, marriage


The actor, who turns 31 today, is busy shooting for Dharma Productions’ Kalank.

Actor Varun Dhawan had a great 2017 with hits like Badrinath Ki Dulhania and Judwaa 2, and started 2018 on a bright note too. He is currently basking in praise for his role in director Shoojit Sircar’s October. The actor, who turns 31 today (he was born on 24 April 1987), has no time for celebrations as he is busy shooting for Dharma Productions’ Kalank.

“I feel my birthdays are more special for other people. Today, I had to wake up at 7am to shoot a big scene with Alia [Bhatt]. I was prepping for it in the run-up to my birthday, so I am concentrating more on work. Honestly, I don’t think I can celebrate a lot,” Dhawan told Hindustan Times.

Like any other day, the actor began the day by hitting the gym. 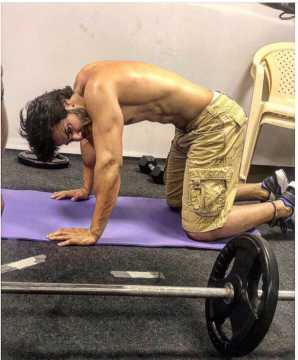 The actor actor was full of praise for his October co-star, Banita Sandhu.

“I’m happy for Banita [Sandhu] and the 17 to 18 newcomers who debuted with it. I’m elated with the love and respect as we tried to do something different and connect with people. October has been creatively satisfying, and its journey will go on,” added Dhawan.

The actor has reunited with Bhatt, with whom he was once romantically linked, for Kalank. He said, "It was important for us to choose the right film to come back as a pair. People expect a lot from us. Kalank is very special for Karan’s production house, as it has been in the making since 2004. I don’t want to say too much, as the director [Abhishek Varman] is quite secretive that way.”

Finally, at 31, ask him about settling down in life and Dhawan shot back, “I honestly believe that one should get married only when one feels like going for it. I don’t think you can pick any particular age to get hitched. It should happen at the right time, and I am sure it will be the same for me as well. At the moment, there is no plan as such.”