The statue will be taken on a tour across Asia before being installed at the museum.

Karan Johar has become the first Hindi filmmaker to have a statue at the prestigious Madame Tussauds Museum in London. The procedure for his wax work has already begun and the final figure will be ready in six months, as per an official statement released by his office.

There is a unique feature to this statue. It will be launched in several cities across Asia before it is installed in the museum in London. “Karan’s figure will not just be launched in one city, but will simultaneously head out on tour across Asia to give his many fans across the world a chance to experience him being waxed,” said the official statement. 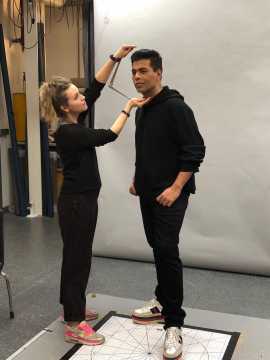 Johar has released few pictures of the making of the statue. He is seen giving measurements to an architect. In one of the pictures, his autobiography, An Unsuitable Boy, is also seen. So, it seems his statue might be holding the book.

Johar is among the popular filmmakers in India. He is also the man behind one of the most successful banners, Dharma Productions. His upcoming film is Alia Bhatt-starrer Raazi, directed by Meghna Gulzar. 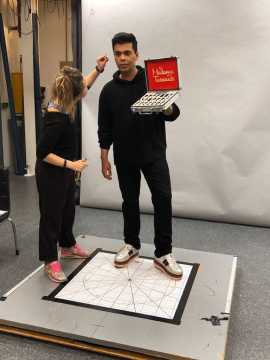