How Arunoday Singh laughed at 'all brawn, no brain' stereotype in Blackmail


In his exclusive conversation with us, the actor revealed that he had no qualms playing a stereotype that has been associated with him in his 10-year long career.

Blackmail, starring actor Irrfan Khan, was released on 6 April, but its box office numbers aren’t too flattering even though the dark comedy got largely positive reviews. Seasoned artistes like Khan and Divya Dutta were true to their potential, but one hunk that left the audience pleasantly surprised was Arunoday Singh.

It takes courage to play a ‘all brawn no brain’ character, especially when it's a stereotype you have carried in a decade-old career. The Madhya Pradesh boy is the grandson of late Congress leader Arjun Singh. Singh began his career with Sikandar (2009). He gave a commendable performance in Vivek Agnihotri’s Buddha In a Traffic Jam (2016). After nearly 10 years in the industry, Singh needed  career-defining role.

Singh found the role in the dimwit, henpecked, infidel Ranjit Arora of Blackmail. Ranjit wins you over with his buffoonery. When Cinestaan.com spoke to Singh over the phone, he came across as a softspoken man, not carried away by rave reviews which he leaves for his wife to read. 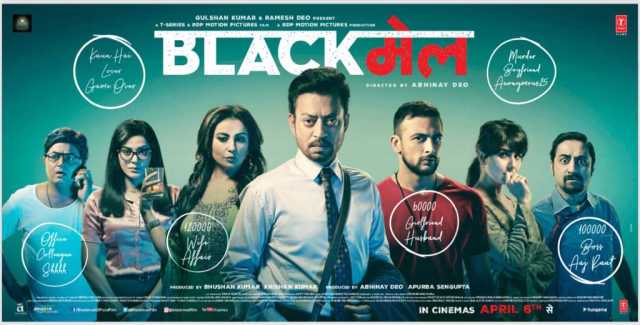 Ranjit Arora may not be the most best blackmailer, but he sure is the biggest entertainer in Blackmail. Is that true in every sense? Big in size and big in performance?

Yes. He is just larger than life, even in his stupidity.

Now I hope Abhinay Deo didn’t name him after the great villain Ranjit?

I don’t think so. The name was conceived from the time the script was written. I don’t think Abhinay named him specifically. He’ll be the best person to ask. He didn’t share this nugget with me.

When I look at Ranjit Arora, he reminds of the phrase, ‘all brawn and no brain’. Don’t you think therein lies his entertainment value?

Well, that is what I’m hoping for. The character is written in such a way that it is very easy to play him, very unlikable.. very [pauses] just straight. The silliness gives him depth, but he is very serious. I don’t play funny, I can’t act funny. That would be slapstick. The fact that he believes so firmly in what he believes in, he is so confident in his limited thinking. I find people like that amazing. This guy is just so confident that he carries on. I admire that and that is why I liked playing him.

Given that you have endured your shared of criticism, was it easy to say yes to a such a character?

No, because that is what people think I am in the first place. It has become a stereotype. So, to play this character and deconstruct that stereotype was interesting for me. It is a genuine performance. I’m not that character, but the character is a stereotype that people would associate with me. So, to kind of laugh in the face of that is part of what the fun of playing the character was.

So, you had no qualms in the playing this character when it was offered to you?

I guess it wouldn’t be wrong to call this a career defining performance. And perhaps a career reviving one too.

Well, that is not for me to say. It is certainly one of the hardest and one of the best things that I have done as an actor. Now whether it changes or defines my career, is for other people to say. I hope it gets me little more work, of similar quality. That is all what I pray for.

To call Ranjit or Reena [played by Kirti Kulhari] infidels would be lopsided. These characters reflect the life, the frustrations of millions in Mumbai, all who have big dreams, but no means to achieve them.

Yeah, we all want joy whenever we can. We are just trying to push the dark back a little bit. I guess that is why the film connects with so many people. The frustration, flaws [of character], they are potentially in all of us. There is something about the city that makes all of it possible. It’s like we are living in a Biblical Babylon.

I couldn’t stop laughing watching you throughout the film, but the one scene that stands out is the war with Divya Dutta. Did she really bite you? 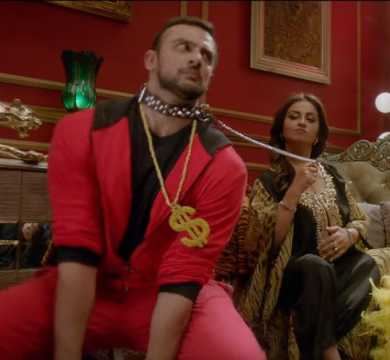 She didn’t really bite me, but we did the stunts ourselves.  Divya is such a consummate sport and wonderful actress. She really got into the swing of things. All the pulling of my face, yelling, that’s actually us. We didn’t have to dub over it. It took us just two takes to do it. It was fun to do only because Divya is so amazing. Her high calibre made it easier for me to try and support that. I can’t hope to match it but it gives me a standard to reach.

On screen, it was a different relationship, but off the screen what was it like to work with actors like Divya Dutta and Irrfan Khan?

Wonderful. They are truly inspiring people. It is really a privilege to work with them. You know how hard they have worked, and how many years they struggled. Bit by bit, they have built their reputations. They didn’t have it easy. They didn’t have any spectacular entry that you associate with Bollywood. They came in like how I came in. I’ve been at it for 10 years, they have been at it for decades. They never quit. Never compromised their performance, always have got better at their jobs.  They are so humble, funny and have many stories to share.

You did a few acting courses from the New York Film Academy. Does that really help when it comes to working in Indian cinema that follows its own way of functioning?

Well, it helps in the sense of creating a character, deconstructing a script, understanding things, sub texts, how to perform it, may be the little action that you need, what to think about. All these things any theatre [experience] will give you. They are valuable. The only difference is that in films you have less time to do it. So, you have to do more homework. On the sets, you have just a few minutes. Once the camera rolls, you ought to finish it. The training is important in becoming another character.

You are the grandson of the late Congress leader Arjun Singh. Growing up, once you developed a passion for cinema, did you ever discuss about cinema with him? Was he supportive of your career choice?

No. He was very supportive of my choice but he was caught up in his own mission. He was very amused  by my antics as he knew that eventually I would go into these things.

No, he didn't. If he did then he would have told me. Besides, I'm not the type of person who would make my family watch all my films.

Is there any other project that you are working on?

I’m working on the Sound of Music [play] with the Padamsees. There is a web series or two, that is circling me, and I’m circling them. But we haven’t signed anything. Other than that, I’m just waiting for well written parts such as Ranjit. From hereon, I only need to stick to working with directors, writers of this calibre. They bring out the best in me. I’m going to wait for that something special, and then do it with all my heart.

Finally, after Blackmail is your wife keeping a close tab on you?

Aah... my wife has me wrapped around her fingers. She doesn't need to keep a tab on me.