On Gope's 105th birth anniversary today (he was born on 11 April 1913), we remember some of his noteworthy onscreen roles.

During the golden age of Hindi cinema, the actor Gope, born as Gope Vishandas Kamlani on 11 April 1913, became known as one of the leading comedians of his time. While actors like Raj Kapoor and Dilip Kumar, made their names as leads, others like Yakub and Gope, talented in their own right, had to settle for comedic roles that came their way.

Gope began his career in the late 1930s and remained on a film set until his last day when he died of a heart attack on the sets of Kundan Kumar’s Teesri Gali (1958) in 1957. The round-faced actor is oft remembered today as a comedy legend, who left the industry too soon. On his 105th birth anniversary (he was born on 11 April 1913), we remember some of his noteworthy onscreen roles.

There’s one song that stands out in Gope’s filmography and it’s the evergreen hit, ‘Mere Piya Gaye Rangoon’ sung by Shamshad Begum and C Ramchandra. Featuring arguably the most well-known long-distance (and international) telephone call from Rangoon to Dehradun, the song was written by Rajinder Krishan.

The popular number was picturised on a stage with Gope, playing Natharam Gope, and Nigar Sultana, the theatre troupe’s main actress. Actor Yakub was also in the film; he played Raja, a man falls in love with Nigar Sultana’s character, only to find out that she loves another man, played by Shyam. 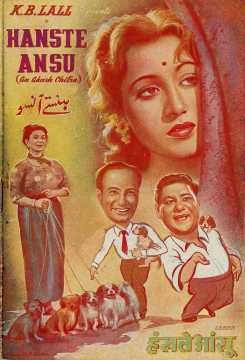 In KB Lall’s Hanste Ansu (1950), Gope played the filthy rich businessman, Seth Dina Nath who returns to India from Africa after 20 years. He is looking for his daughter and finds a young man Satish (Motilal) who helps him in his quest. He avails the services of a private detective, Desai (Mirza Musharaff), not knowing that his daughter Usha (Madhubala) is right in front of him.

Surprisingly, the film was classified as ‘adults’ only for objectionable dialogue and lyrics. This meant the film’s star, a 17-year-old Madhubala couldn’t see her own family. The film, also starring Jankidas and Manorama, had plenty of high jinks and shenanigans, making it a must-watch.

In the 1950s, Gope teamed up with the actor Yakub to create an onscreen duo on the big screen, like Dixit and Ghory before them. However, these Indian counterparts of Laurel and Hardy weren't as successful as the Hollywood originals as they were the focus of the films they acted in, they were just the comic relief.

India's very own Laurel and Hardy

In the hit comedy Sagai (1951), co-starring Rehana and Prem Nath, both Gope and Yakub got a chance to shine. The duo, playing characters named Phoonam and Dhubu, are trying to escape the law and chance upon many schemes in the film, from performing onstage to travelling without a ticket on a train. 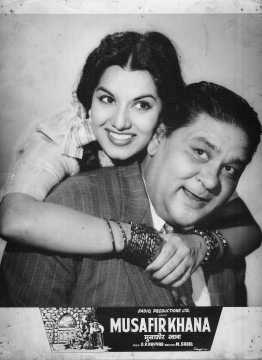 Sadiq Productions’ comedy caper Musafir Khana (1955) had an ensemble cast of Shyama, Johnny Walker, Karan Dewan, and Om Prakash. Gope had a memorable part as Shyama's father, Seth Mansukhlal who becomes a hapless victim of a get-rich scheme of his daughter's suitor.

Dewan played Prakash, one of the three inventors of a magic hair oil which he sells to the Seth. Gope's Mansukhlal is given to grandiose statements and is in search of long flowing locks. Unfortunately, the 'magic oil' causes Seth Mansukhlal's hair to fall out, not grow longer!

Anant Thakur’s Chori Chori (1956) was an unofficial remake of the 1934 Hollywood film, It Happened One Night starring Clark Gable and Claudette Colbert. Gope played Nargis’s father, a millionaire Girdharilal in the film. A widower who dotes on his daughter Kammo (Nargis), he is unhappy with her choice of future husband, the gold-digging pilot Sumankumar (Pran). She runs away from home and meets up with journalist Sagar (Raj Kapoor).

He played a no-nonsense father who is able to call a spade a spade and his daughter’s best interests at hearts, despite all his outward bluster. Incidentally, his first film was Moti Gidwani’s Insaan Ya Shaitan (1933) where he acted with Jaddanbai, Nargis's mother.