In a run-up to the release of Poster Boys, we revisit Deol's performance in Kareeb (1998).

Birju (Bobby) is a mischievous lad who is mostly up to no good and his brother is an ignoramus. Their father (Saurabh Shukla) curses his fate for his sons and wants them to do something worthwhile with their lives.

One day, Birju sees Neha (Neha) and falls in love with her. She is the daughter of a school teacher (Chatterjee) and they have limited means. Birju wants to get married, but his father is against a “prem vivaah” (love marriage), as he does not wish to let go of the hefty dowry his son’s marriage would fetch.

In order to circumvent his father’s refusal, Birju cooks up a scheme and pretends as though Neha’s uncle has sent the dowry. But he is caught in his web of lies and Neha is furious with him, while her mother has a heart attack on hearing the news.

Stunned by the repercussions of his actions, Birju vows to reforms his ways and sets about to earn an honest living to help raise money for Neha’s mother’s operation. He meets Bhigelal (Johnny Lever), who gives him employment and Birju tries to prove his worth to his family and his love.

At the time of release, there was a lot of curiosity regarding Neha as the new girl being launched by Vidhu. She was kept under wraps, only to be seen in the film. Her real name is Shabana Raza but during the shooting of the film, Chopra kept calling her Neha and Bobby, Birju, his name in the film, and others followed him. This led to her getting a new screen name. 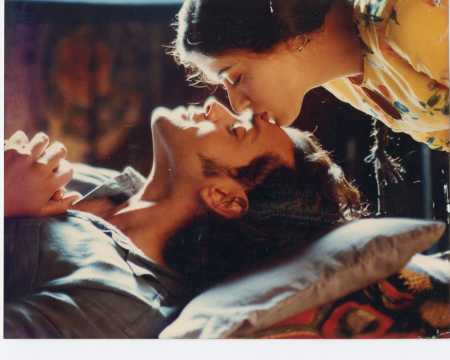 Neha’s innocent charm perfectly compliments the playfulness of Birju as the film captures the two lovers falling in love in the serene town. Life in a small hill town is shot beautifully as the market place, temples, lake, all become meeting opportunities for the young lovers. The film has the simplicity and heart seen in 1942: A Love Story (1994) also directed by Vidhu, and the Munnabhai series, produced by him.

Kareeb is a film that in many ways is about stealing. The film has multiple thieves, who dupe unsuspecting people, but mostly not intending any harm. The two most popular songs of the film, 'Chura Lo Na Dil Mera' and 'Chori Chori Jab Nazrein Mili', refer to the act of stealing as love also happens stealthily and the heart is stolen by the lover.

Yet despite its theme and references, the seriousness of the film is perfectly balanced by the humour as things never get too bogged down by some rather troubling events. Renu Saluja’s deft editing ensures that events move on smoothly and we are engaged in Birju’s fate.

Lever is a riot in the film as the person aspiring to make a trip to London and putting away money for the same. There are several English grammar related funny moments with him, especially when he asks Birju, “Tum ho who?" Shukla  as the frustrated father caught between a dullard and an incorrigible mischief-maker, also makes way for some very comic scenes.

The film is dedicated to film critic and journalist Anupama Chopra and the beginning of the film reads, “For Anupama”. The original story and dialogues of the film have been written by her mother, Kamna Chandra, who also worked on Chandni (1989) and 1942: A Love Story (1994).

In an interview, Vidhu talked about the making of the film and said, “I was so much in love that I made Kareeb for her [Anupama Chopra]. That girl (the heroine) was her, the giggling mother was her mother. I got jacked because it wasn’t my kind of movie at all. It was the most expensive love letter ever written!"

Deol made his debut alongside Twinkle Khanna in Raj Kumar Santoshi's hit film Barsaat (1995). Following his debut, he had a string of hit films like Gupt: The Hidden Truth (1997) and Soldier (1998), but Kareeb is one of his most lovable roles. 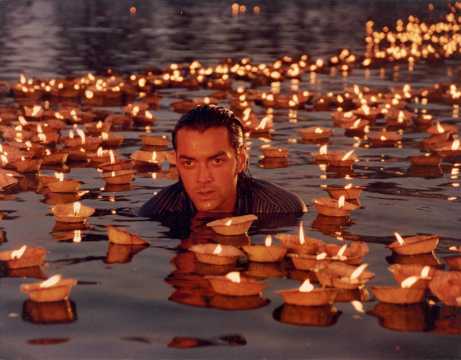 There is an earnestness that he brings to Birju that convinces us that he means no harm and that things are just fun and games for him and he doesn’t really realise the consequences of his actions. He also has great comic timing in the film, especially in the scene where Birju is trying to steal sarees from his own father’s shop! The scene works because of both Shukla and Deol’s comic timing and expressions, which are hilarious.

The desperation to prove his worth towards the end of the film is palpable as all his efforts seem to have come to naught. We sympathise with him despite his foolishness and naivety and through his performance Deol retains the endearing nature of Birju.

With his long hair and dreamy eyes, Deol was quite the heartthrob during his heydays. Recounting the legions of female fans who would flock to see him, Deol in an interview recounted that although he was seen as quite the hunk, he was initially quite shy in the presence of women and was rather delighted with all the attention!

After a long hiatus, Deol will be seen in the upcoming film Poster Boys, which features his brother Sunny Deol and Shreyas Talpade. The film also marks Talpade’s directorial debut.