On his 65th birthday, we revisit 11 of the many landmark romantic roles Rishi Kapoor played out in a nearly five-decade-long career.

"I was born lucky and stayed lucky," states Rishi Kapoor in his autobiography Khullam Khulla. It couldn’t have been as easy as he makes it out to be, with the Kapoor pedigree and the expectations set by two generations of actors (his grandfather Prithviraj and father Raj) before him. But, somehow, he broke through in the era of action heroes, dominated by the likes of Amitabh Bachchan and Dharmendra, and carved a niche for himself as the romantic hero in numerous musicals.

Here are 11 of the many landmark romantic roles played by Rishi Kapoor in a nearly five-decade-long career. 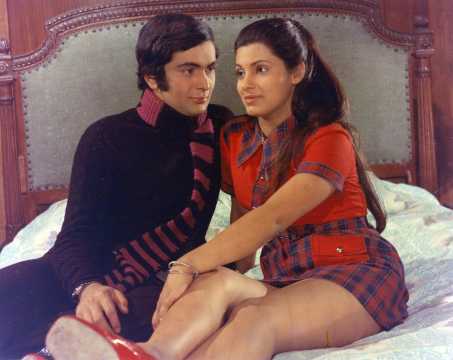 A fan of Archie comics, Raj made a teenage love story, firmly establishing Rishi as a romantic hero for the first half of his career. The stupendous success of Bobby, and the subsequent premature retirement of his co-star Kapadia, meant that Rishi Kapoor got to enjoy all of the adulation and attention. 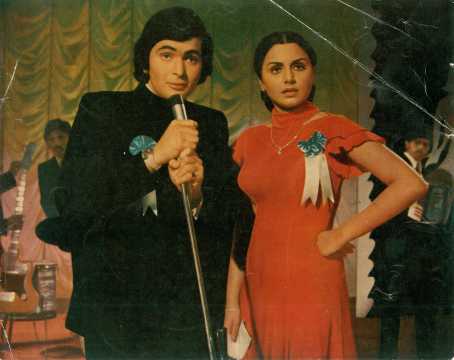 After Bobby (1973), Rishi had a few flops like Zehreela Insaan (1974) and Zinda Dil (1975), but it was Ravi Tandon’s hit Khel Khel Mein (1975) that brought him stardom. He was paired yet again with Neetu Singh, his co-star from Zehreela Insaan and Zinda Dil, and the easy, youthful chemistry between the two artistes (who would later marry in 1980) made them the favourite couple of Hindi cinema.

RD Burman’s chart-busting score with hits like ‘Ek Main Aur Ek Tu’, ‘Humne Tumko Dekha’ and ‘Khullam Khulla Pyaar Karenge’ added to the popularity of the romantic thriller. Rishi titled his autobiography, Khullam Khulla, after the song from this film, one of the most successful of his career. 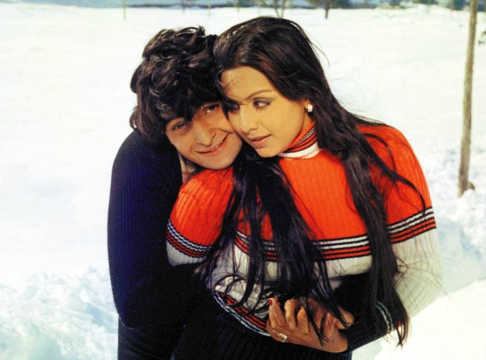 It is astonishing that Rishi Kapoor initially turned down Kabhi Kabhie, the multi-generational romantic tale which remains one of the most loved in Hindi cinema. Rishi was apprehensive of working with Amitabh Bachchan, who was a rising star with films like Zanjeer (1973) behind him. He also felt that Neetu Singh, who was his romantic interest, had the better role in the film.

It was at the insistence of his uncle Shashi Kapoor, who was also in the film, that Rishi finally agreed to be part of the ensemble directed by Yash Chopra. Singh and Rishi’s love story in Kabhi Kabhie was to attract the younger generation towards the film. Kabhi Kabhie was shot in the romantic locales of Kashmir. 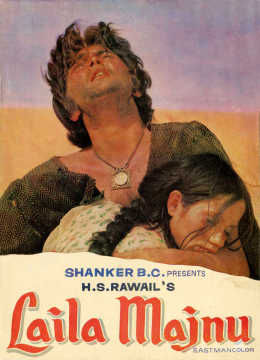 In his autobiography, Rishi writes that the intense love story, Laila Majnu, directed by HS Rawail, helped him to achieve stardom. In most parts of India, the film celebrated a silver jubilee. Apparently, director Rawail was most exacting on his actors in the film (it was shot over 130 days) and Rishi had to give many takes before he got the performance right for the role of Qais, who becomes besotted with Laila and turns into a Majnu.

This was Ranjeeta Kaur's first film. Incredibly, around 19 leading ladies have been introduced in Hindi cinema opposite Rishi in various films. 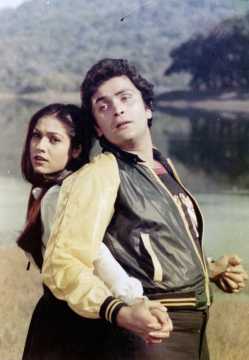 The film was important for the careers of both director Subhash Ghai and Rishi Kapoor. Ghai had made two action films, Kalicharan (1976) and Vishwanath (1978), prior to the love story Karz, a remake of the Hollywood film, The Reincarnation Of Peter Proud (1975).

The director helped choreograph many of the film’s songs in which Rishi romanced Tina Munim and they remain memorable even today. However, Rishi recalls that originally Karz did not fare as well as Feroz Khan’s Qurbani at the box office. 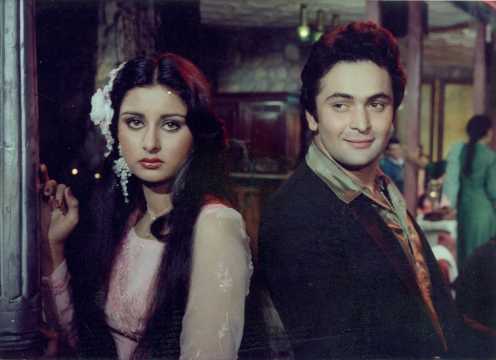 Kapil Kapoor’s Yeh Vaada Raha (1982), based on the Danielle Steele novel The Promise, was unsuccessful at the box office. The story revolved around a couple in love and when the rich hero’s mother (played by Rakhee) objects to her son marrying a poor girl, a tragedy takes place, separating the two even more. Here, Rishi was cast opposite Poonam Dhillon and Tina Munim, and the film included a twist where they both played the same character!

The film’s music, composed by RD Burman, is still hummable today, like the title song 'Yeh Vaada Raha' and 'Aisa Kabhi Hua Nahin'. In most of his films, as Rishi himself has rightly noted, he played the urban, affluent hero and Yeh Vaada Raha was no exception. 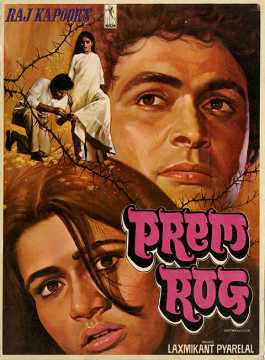 Rishi returned to the RK Films banner for this landmark film on the ill-treatment of young widows. Directed by Raj Kapoor, the film depicted the plight of a widow, played with great intensity by Padmini Kolhapure. To play Devdhar, Rishi was instructed by his father Raj to capture the intensity that Dilip Kumar would bring to his roles. Devdhar was a young man in love with his childhood friend who was now a widow.

Prem Rog was also the first time Shammi Kapoor was directed by his elder brother Raj. 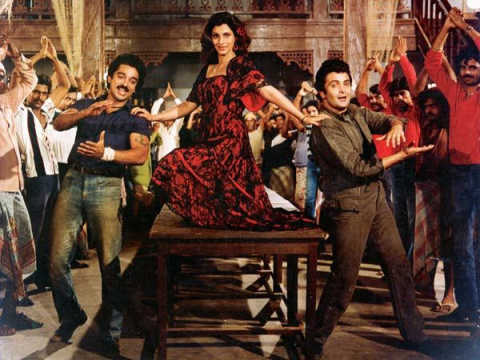 With Ramesh Sippy’s emotional love triangle Saagar (1985), Rishi got the chance to reunite with his Bobby heroine, Dimple Kapadia, who was returning to the big screen after 12 years. Their pairing was once again successful, but Rishi nearly got overshadowed in the film by Kapadia's comeback and his scene-stealing co-star Kamal Haasan (both were awarded Filmfare trophies for their performances).

Haasan and Rishi played Raja and Ravi, respectively, both of whom fall in love with Kapadia's character Mona. However, the evergreen song, ‘Saagar Kinare’, composed by RD Burman and sung by Kishore Kumar, was picturized on Rishi and Kapadia as their characters confessed their love for each other. 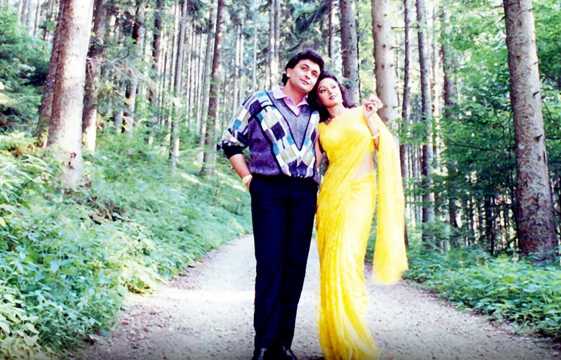 For Chandni (1989), Rishi recalls that director Yash Chopra came to him with an idea about a girl in white, a Raj Kapoor quality, and wanted him to star in it. Rishi suggested the story angle from Whose Life Is It Anyway (1981) in which the lead actor gets paralyzed and doesn’t want to be a burden on his fiancée. And that’s how the iconic romance of Chandni with Sridevi, Rishi and Vinod Khanna was born.

The image of Rishi and Sridevi is so permanent in the minds of Hindi film fans that when Rishi’s son Ranbir paid homage to the sequence in Karan Johar’s Ae Dil Hai Mushkil (2016), we all knew what Ranbir and co-star Anushka Sharma were trying to recreate. 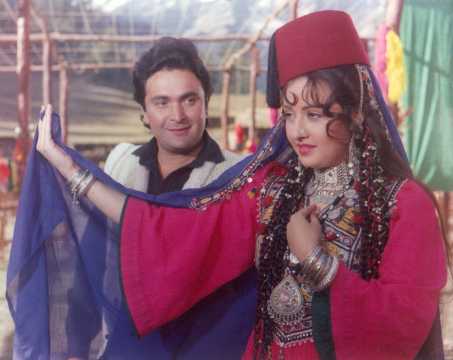 The long-delayed film was a passion project for Raj Kapoor who wanted to cast a Pakistani actress in the lead role. Rishi's elder brother Randhir ended up directing Henna with newcomer Zeba Bakhtiyar who had only previously acted in a Pakistani television show, Anarkali. Once again, in the film, he romanced two actresses, Bakhtiyar and Ashwini Bhave.

Rishi played Chander, a resident of Srinagar, who, after an accident, loses his memory and mistakenly crosses over to Pakistan-occupied Kashmir. Like Chandni, this was also a heroine-orientated film, but Rishi was an integral part of the film’s success. 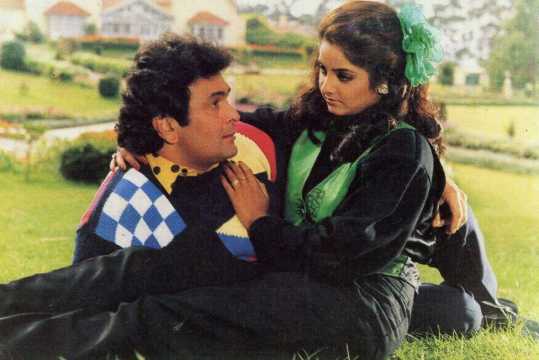 During the 1990s, a sweater-wearing Rishi was frequently seen romancing younger actresses like Juhi Chawla and Madhuri Dixit. However, not all of those films were hits. In Raj Kanwar’s Deewana (1992), Rishi was cast alongside the newcomers Shah Rukh Khan and Divya Bharti in a love triangle.

The film became Khan’s launchpad and was part of a string of successes for Divya Bharti as well. Here, like in Chandni, Rishi played a self-sacrificing husband, Ravi, who steps aside from the life of his beloved Kajal when an accident separates them and brings Kajal and Raja together.