Sanal Kumar Sasidharan's Malayalam film has been refused exemption to be screened at the festival as the Union information and broadcasting ministry concluded that it 'may affect law and order as it hurts religious sentiments'.

A scene from Sexy Durga
give your opinion

Just days after a Delhi University professor was booked for calling Durga a "sexy prostitute" in a Facebook post, an independent filmmaker from Thiruvananthapuram is fighting to get the Central Board of Film Certification (CBFC), popularly known as the censor board, to approve his internationally awarded movie titled Sexy Durga.

Sanal Kumar Sasidharan's Malayalam movie is the first Indian film in 23 years to win laurels since the Tiger awards were introduced at the International Film Festival Rotterdam (IFFR).

It has been refused an exemption by the central government to be screened at the upcoming Jio MAMI Mumbai Film Festival next month as the Union information and broadcasting ministry concluded that it "may affect law and order as it hurts religious sentiments", said the filmmaker. 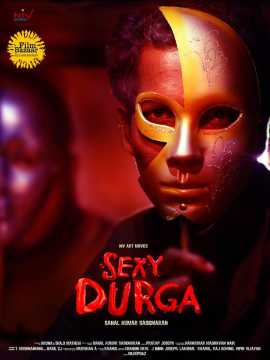 He said the film had no religious connection. "If at all there is one, it's truly philosophical, analysing the reasons behind the atrocities against women in India," Sanal Kumar said.

The filmmaker has been angered to the extent of calling India "a land that's becoming like Iran". But he is not losing hope just yet, and has applied for a certificate from the board. The screening was held on Tuesday.

"I am waiting for the censor board's opinion," Sanal Kumar told the IANS news agency on the telephone. "I am going to fight for it, because it's a question of freedom of expression, the freedom of making art.... I won't sit quietly. I will go to the court and make an appeal and do whatever I can to fight this.

"It is a very difficult situation that we are compelled to do certain films under the norms and under the radar of majoritarian scrutiny.... This country is becoming a country like Iran, and we are boasting that we have democracy and freedom of speech and we protect a lot of different kind of opinions," said the Kerala state award-winning director.

"But what we do is cut freedom. It is time to stand up against these things!"

On the official IFFR website, Sexy Durga — starring Rajshri Deshpande and Kannan Nayar — is described as a film about how "obsessiveness and worship can quickly degenerate in a patriarchal society into a mentality of oppression and abuse of power".

"Durga is the protagonist of the film," Sanal Kumar explained. "I knew that these people will come out and say, 'Oh, Durga is our goddess'. But if that's the case, go and worship all women named Durga on the streets. That's not happening.

"What I mean is, Durga is a common name in India. It's not only the goddess. There are many humans [named Durga] you can see, and they may not even be treated like human beings; when they need help, people don't care. But when a [film title] comes like this, then suddenly people make a hue and cry and say, 'Our religious sentiments are being hurt'!

"It's ridiculous and hypocritical. I wanted to bring this hypocrisy forward."

To help push his case, some people have come together to put forward a petition — 'Allow Sanal Kumar Sasidharan's film Sexy Durga at MAMI Film Festival' — to the information and broadcasting ministry via the website change.org.

"Indie filmmakers are daring to make films which talk about the truth, and they [the government] are trying to kill that movement. It is a very difficult time."

This is the second time officials at the MAMI festival had applied for an exemption from certification for Sexy Durga. Earlier, they wanted to screen it for their year-round programme. But the application was rejected by the information and broadcasting ministry.

Sexy Durga was also selected for the International Film Festival of Kerala, but Sanal Kumar himself rejected the proposal as the organizers had slotted it for a section he didn't want it to be a part of.