11 things you may not know about Prem Chopra: Birthday special


As the legendary actor turns 82, we uncover interesting anecdotes and information about him from the book, Prem Naam Hai Mera, Prem Chopra, written by his daughter, Rakita Nanda.

Wanting to be a hero, Prem Chopra made his mark in Hindi cinema as a villain and made sure it stood out by giving the character his own distinctive traits. Over five decades and more than three hundred films later, Chopra has outlasted his heroes, who began their acting careers with him. His characters and dialogues have stood the test of time.

In 2014, Chopra’s daughter, Rakita Nanda, collaborated for a book with her father, recalling his early days of struggle, as a sales employee at Times of India newspaper, to slowly becoming a sought-after villain in Hindi cinema.

Exclusive: Prem Chopra remembers his days as a newspaperman

The memoir also reveals certain personal details, like, Prem Chopra had typhoid as a child, which later affected his hearing, or his lifelong fear of snakes.

In the book, Chopra himself recalls his prolific career in which he worked through the reign of two superstars, Rajesh Khanna and Amitabh Bachchan. He continues on till today, taking on the occasional role of a grandfather in the recent Patel Ki Punjabi Shaadi (2017). 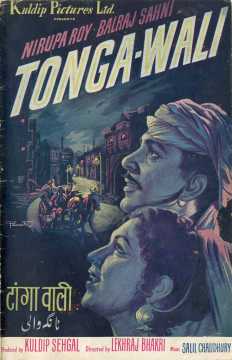 2. His first film role was for Lekh Raj Bhakri’s Tonga-Wali (1955) which had Shammi Kapoor and Balraj Sahni in the lead role. He played the part of an inspector, appearing only in one scene in the film. However, it wasn’t until 1960 that he acted again. This time as a hero of the Punjabi film Chaudhary Karnail Singh. In 2011, he returned to Punjabi cinema with Dharti, where he played the president of a political party.

4. Prem Chopra got the role of Manoj Kumar’s younger brother in Upkar (1967) after the first choice, Rajesh Khanna, passed on the film. Khanna was selected for Filmfare's 1965 Talent Contest by a panel of producers and he chose that over Upkar. Chopra’s role in the film landed his first film magazine cover, with a headline that said, ‘The villain who impresses...’.

5. Manoj Kumar, his co-star of 13 films, revealed that Chopra had a habit of writing out his dialogues in Urdu, because that was the best way he could remember them. 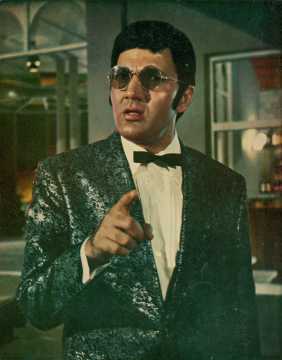 6. After working with Dilip Kumar, Prem Chopra picked up the habit of rehearsing a scene in English, Urdu and Punjabi. In the book, he claims, “My personal belief as an actor is that it helps to get the feel of the dialogues. And this was the great Dilip Kumar’s way of getting under the skin of his character.”

7. He was nominated for the Filmfare best supporting actor award in 1976 for two films, Mehbooba and Do Anjaane, and won for the latter. He called the role “one of the best of his career”. Incidentally, he was not the first choice for the role here either; Kabir Bedi was supposed to do the film.

8. He sang a song ‘Kab Se Ye Dil Hai Pyaasa Ab To Karib Aao’ with Kavita Krishnamurty from the film Mera Muqaddar (1988). Chopra recalls singing the number in one take.

10. Chopra has worked with every member of the Kapoor family, all four generations, from Prithviraj Kapoor (as his son) to Ranbir Kapoor (as his grandfather). He has even acted with the Kapoor bahus, Babita and Neetu in Doli (1969) and Kaala Patthar (1979), respectively. He is married to Uma, sister of Krishna Kapoor (Raj Kapoor's wife). 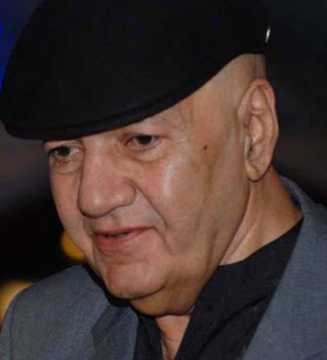 11. He has a large collection of caps from all over the world – from Fiji, Australia, Jamaica and more.